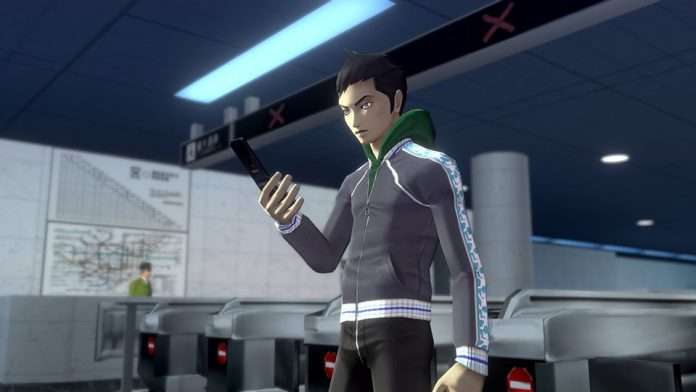 The Western release for Shin Megami Tensei III: Nocturne HD Remaster was previously announced for Spring 2021, and a recent rating by the  Entertainment Software Rating Board (ESRB) may point to upcoming news for the title.

This is a role-playing game in which players assume the role of a student transformed into a half-demon in Tokyo. From a third-person perspective, players explore Tokyo, interact with demons, and engage in turn-based battles with enemy creatures. Players use melee attacks, magic spells, and demons’ abilities to kill enemies. Battles are sometimes frenetic, accompanied by screen-shaking effects, bursts of lights, and impact sounds. Some sequences depict additional acts of violence and blood: a bloodied man snapping a character’s neck; characters lying in corridors, stained with streaks of blood; a character wearing the skinned faces of his victims. The game contains some sexual material: topless female demons; a demonic creature with a phallic-shaped head and torso; demons with suggestive traits referenced in text (e.g., “Succubus”; “They visit women in their sleep and have sexual intercourse with them”; “Like their mother, they have sex with men at night”; “The victims won’t wake up during sex…”). The word “f**k” is heard in the game.

To obtain a rating for a game, a publisher submits a detailed questionnaire (a “Long Form”) that describes the graphic and extreme content found in the game to the ESRB, along with a video (VHS, DVD, video file, or other means) that demonstrates this content which can include gameplay footage and in-game cutscenes. This information includes the game’s context, storyline, gameplay mechanics, reward system, unlockable and otherwise “hidden” content, and other elements that may affect its rating; the ESRB seeks to have enough information on context of the extreme content to be able to judge its appropriateness. The video game publisher may also provide printed copies of the game’s script and lyrics from songs in the game. The publisher also pays an upfront fee for obtaining the ESRB rating.