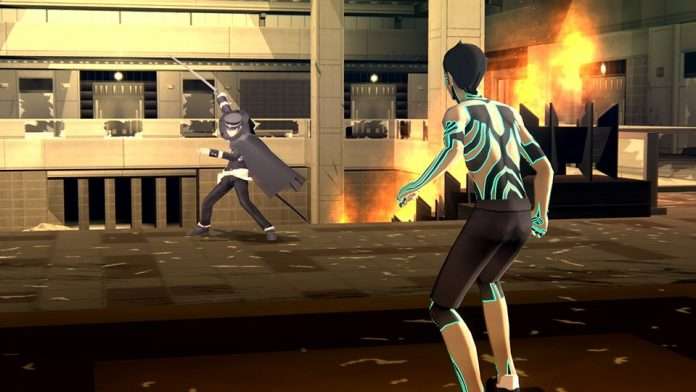 Atlus has released new direct feed screenshots from Shin Megami Tensei III: Nocturne HD Remaster, along with a press release giving an overview of the game.

The myth comes back to life

Shin Megami Tensei III: Nocturne, which became one of the most famous games in the series, is finally back on the Nintendo Switch and PlayStation 4. The game’s graphics and gameplay have been improved, with the conceit of “respecting the original work.” Whether you’re a fan or a first-time player, it’s an overwhelmingly must-have demonic experience.

PS4 version of the game. The graphics have been improved, making the event scenes and scenario more impressive and enjoyable.

This game is based on the Shin Megami Tensei III: Nocturne Maniax Chronicle edition for the PS2. The guest character that appeared in the “Chronicle Edition” will appear in this game, as well. 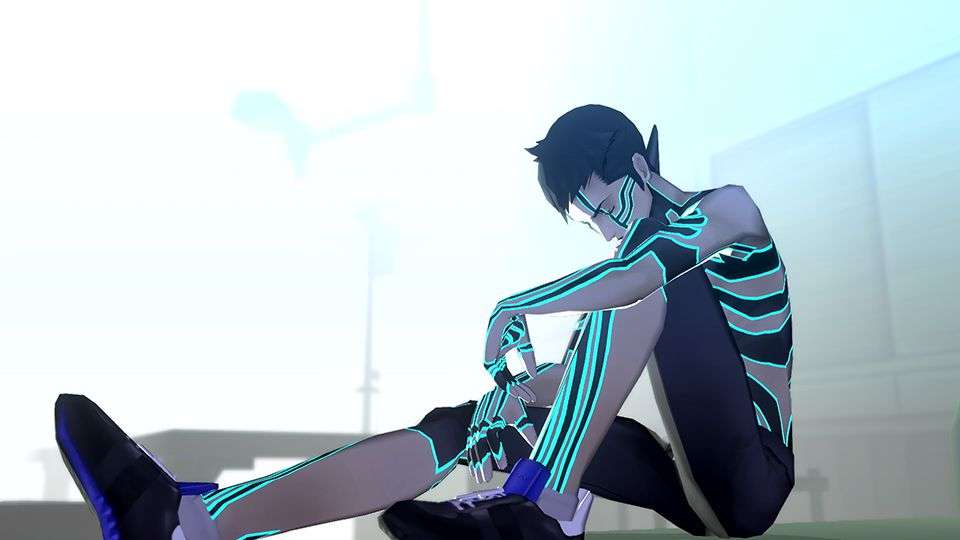 The year is 200X in Tokyo. It was supposed to be just another ordinary day. The protagonist is an ordinary boy attending high school in Tokyo. Together with his classmates Isamu Nitta and Chiaki Tachibana, he goes to a hospital in Shinjuku to visit his homeroom teacher, Yuko Takao, who has been hospitalized.

While looking for Yuko in the eerily empty hospital with a deafening silence, the protagonist runs into Hikawa, a mysterious man sitting in front of a strange device. Yuko stops Hikawa and protects the boy. With a forlorn expression, she tells him:

The world is about to be engulfed by chaos. It’s called the Conception, The rebirth of the world, an event which no human has ever witnessed.

The “Tokyo Conception” will bring about the end of the world. The protagonist, Isamu, Chiaki, and the others are caught up in this surprising cataclysmic event, and they become separated.

Because of the Tokyo Conception, Japan’s capital is transformed into a different world enveloped in a mysterious light: the Vortex World. This is a world where demons, beings of myth and legend, inhabit.

In the protagonist’s sleep, he encounters a mysterious blond child and an old woman who give him the “Magatama,” granting him the power to survive the future. When he awakens, alone in a hospital room, his body has been reborn to that of a “demon.”

With his transformed body, he throws himself into battle in a transformed Tokyo, weaving a story of choice and conflict to determine the creation of the New World. 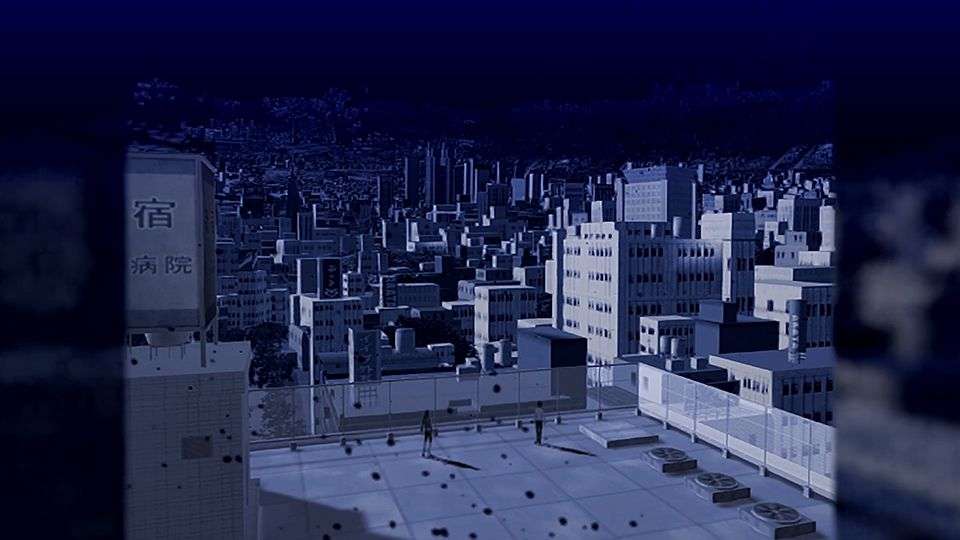 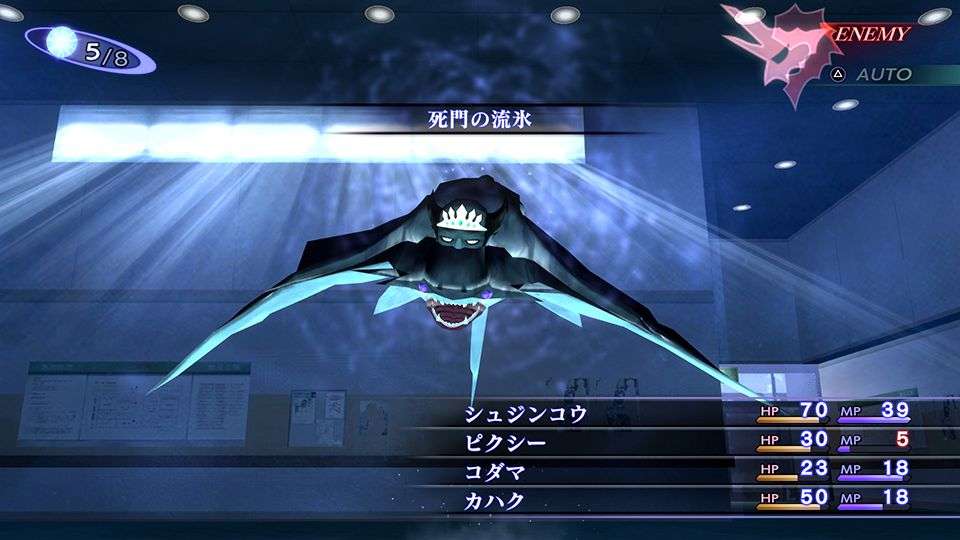 An ordinary boy who attends a high school in Tokyo. After being given the Magatama, he becomes a demon called “Demi-fiend.” As a person without a “Reason” or his own guiding philosophy, he battles demons in Tokyo to find the answer concerning why the world has changed and why he has become a demon.

After the Tokyo Conception, he transformed into a demon, with glowing patters running across his body. 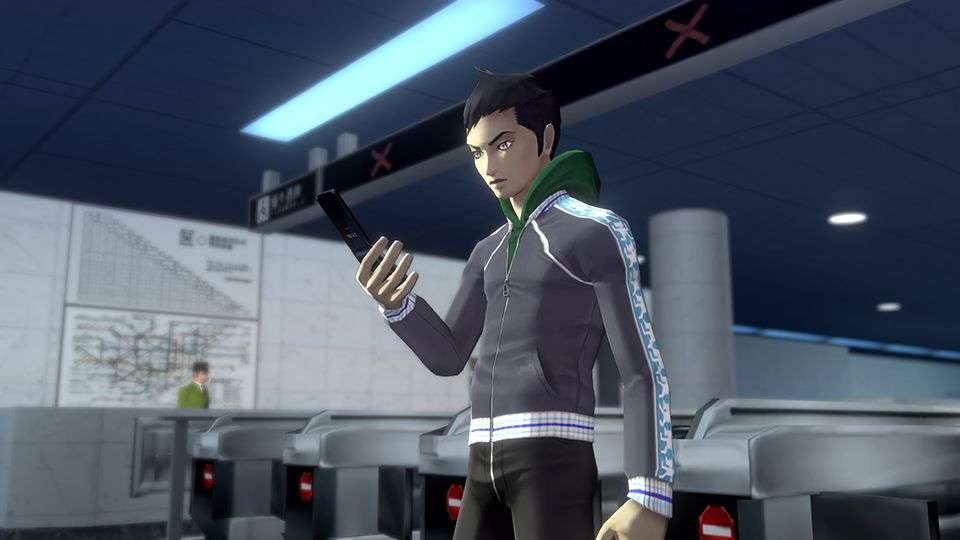 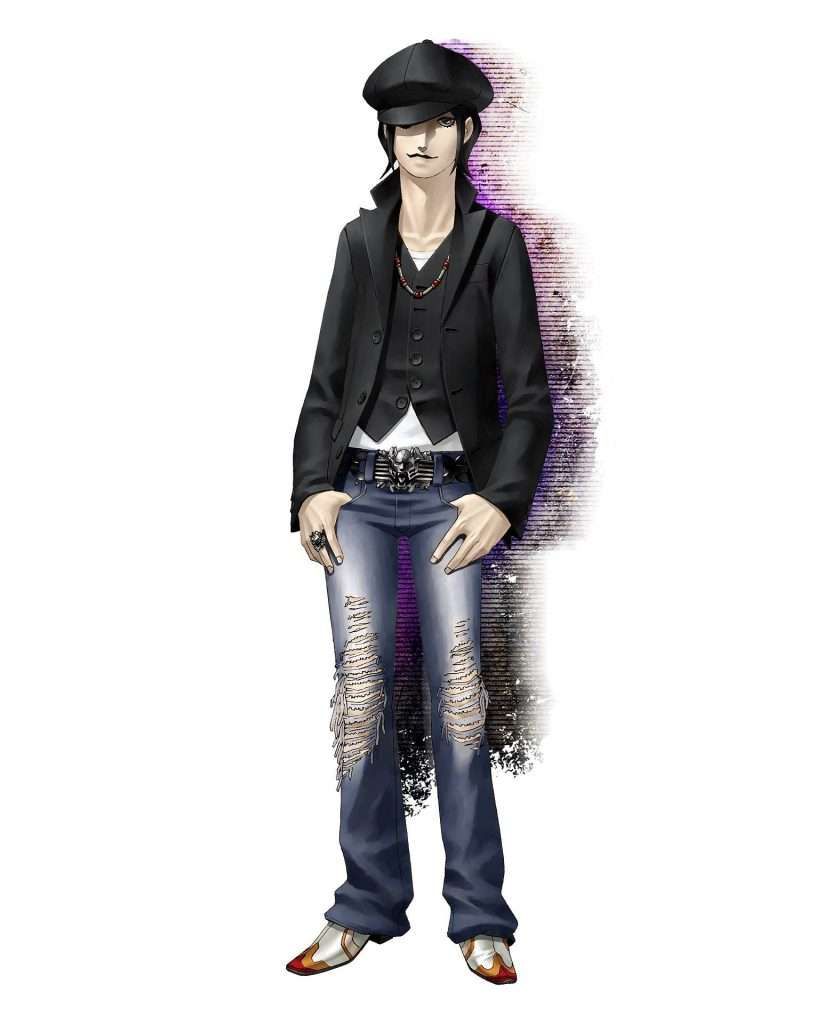 The protagonist’s classmate. He has an easy-going personality, and he’s also cocky. He tends to rely on others and is easily swayed by those around him. He survived the Tokyo Conception, but he is at the mercy of the demons and despairs of being caught in a situation with no one to help him. Once he realizes that no one will be there to help him, he gradually discovers his own Reason.

The protagonist’s classmate. She’s proud and competitive, born into a rich family. At first, she’s bewildered by the changing world, but she eventually makes up her mind to survive on her own. As she grows stronger in this new world where it’s survival of the fittest, she begins to form her own Reason and ideas of what needs to be done. 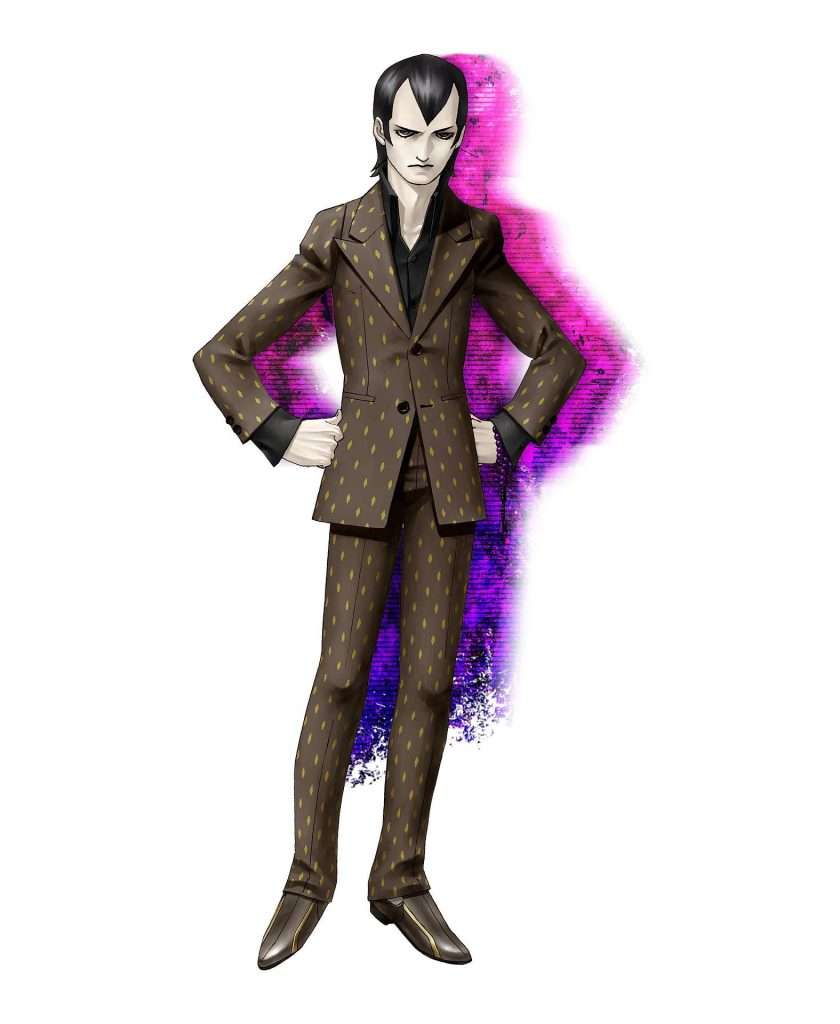 The chief technical officer of a major telecommunications company called Cybers Corporation. He is also a leader in the Gaea cult, a cult worshipping demons and seeking the ultimate truth. Disappointed with the world’s ignorance, he is the one responsible for the Tokyo Conception, based on the Miroku Scripture which prophesied the end of the world. He is both calm and ruthless. His Reason is to purify the world in silence, eliminating human desire. 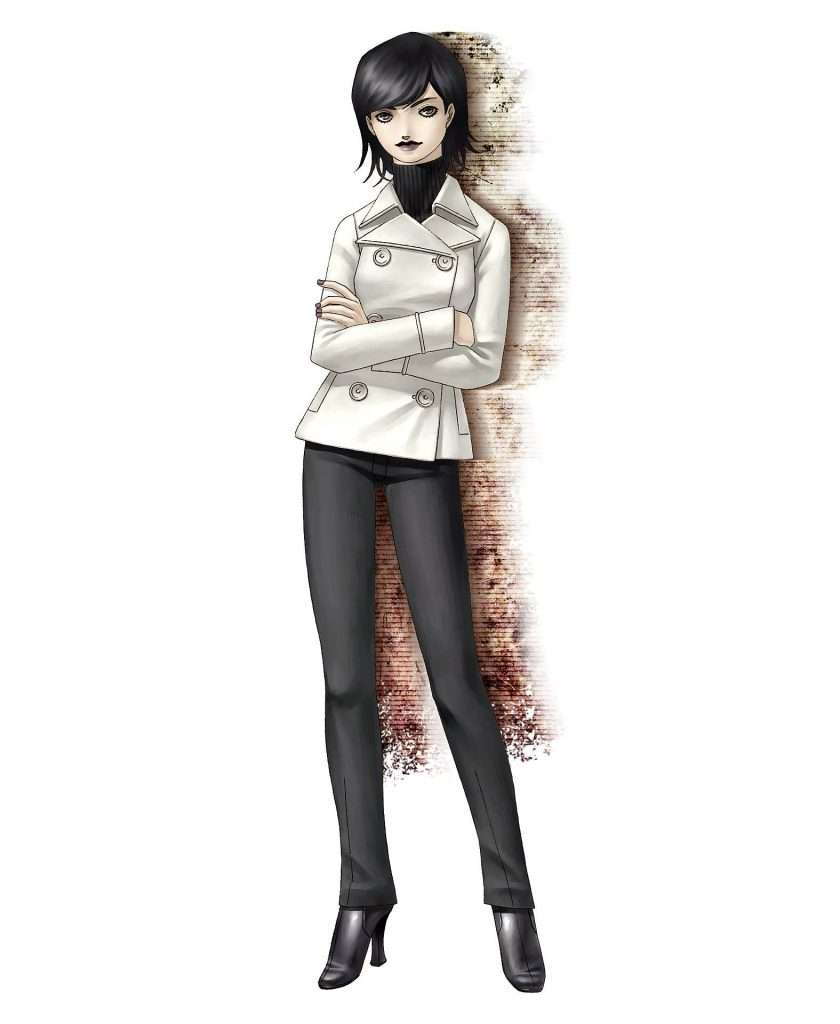 The homeroom teacher to the protagonist, Isamu, and Chiaki. She is popular with her students because of her emphasis on “teaching students like human beings” rather than just cramming knowledge into them. As the “Maiden of Creation,” she cooperates with Hikawa and plays a part in the Tokyo Conception. After the Conception, she is deeply distressed, unable to find her Reason. 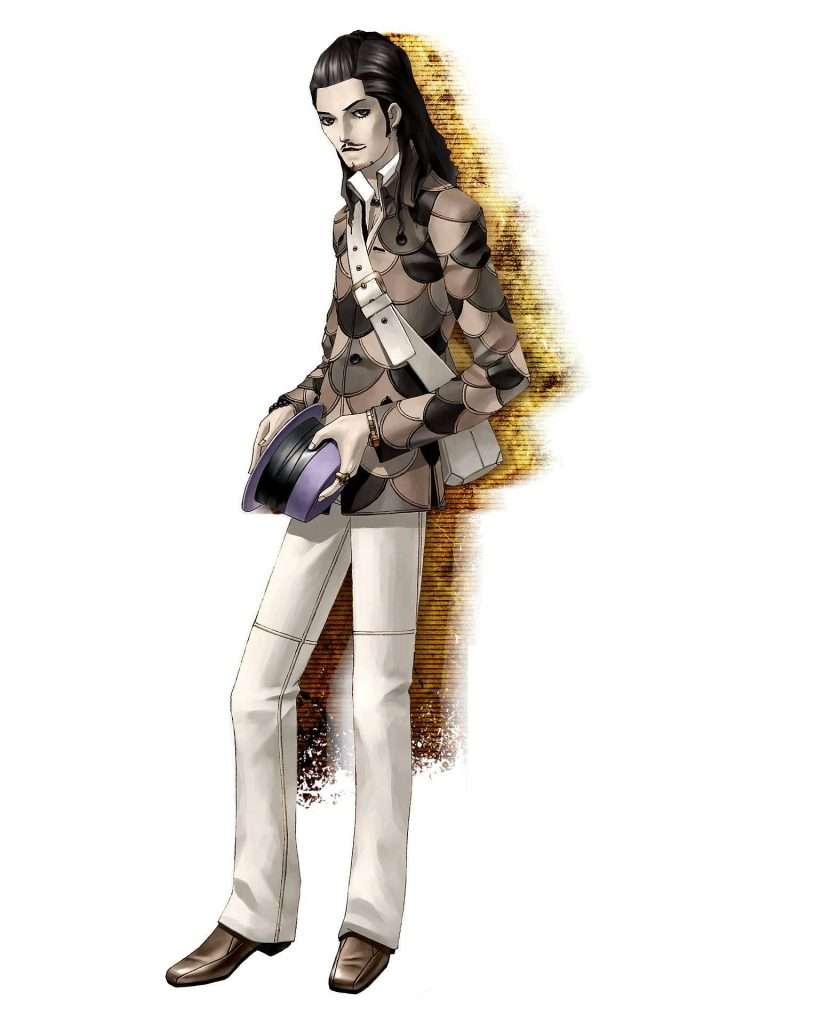 A writer for an occult magazine. He’s full of curiosity, like a journalist, and he has an honest personality. While covering the Yoyogi Park riot involving the Gaea cult, he meets the protagonist, and hands him the occult magazine “Ayakashi Monthly” which he reports for. After the Tokyo Conception, he doesn’t lose his journalistic spirit and investigates various things to help the protagonist. 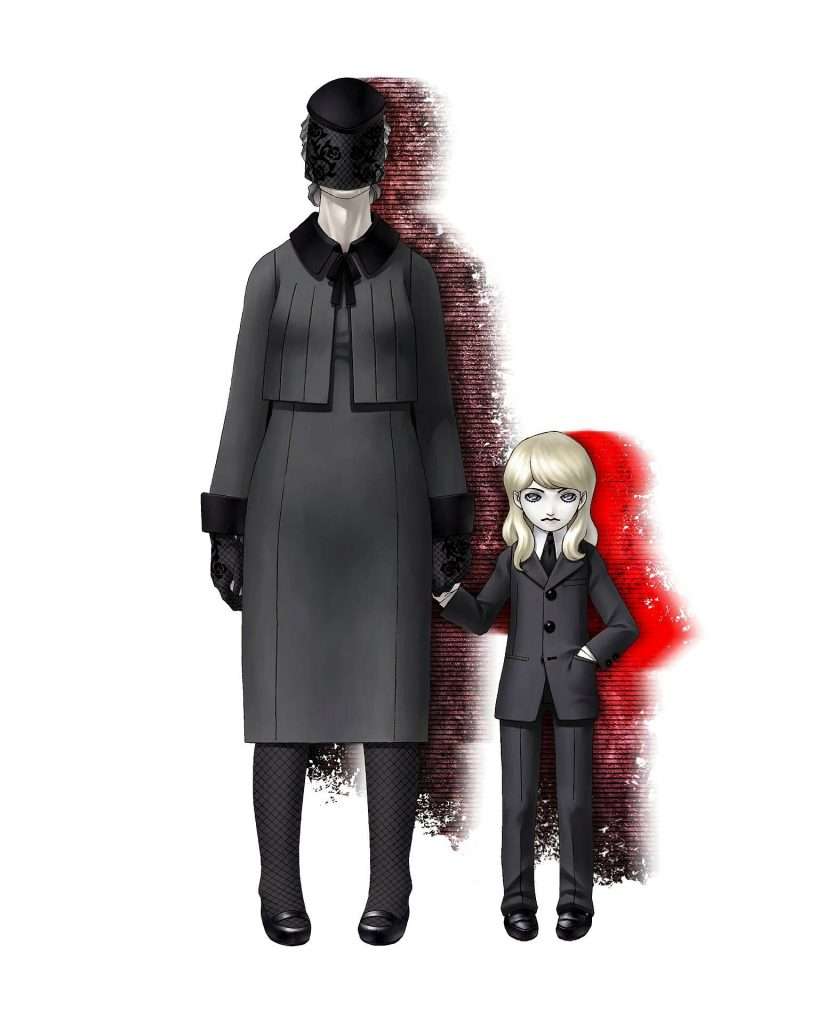 Two mysterious people dressed in mourning with an enigmatic atmosphere. They give the “Magatama” to the protagonist, turning him into a demon. The blond child shows a certain level of class. In post-Conception Tokyo, they appear before the protagonist many times, but their identity and purpose remain unknown. 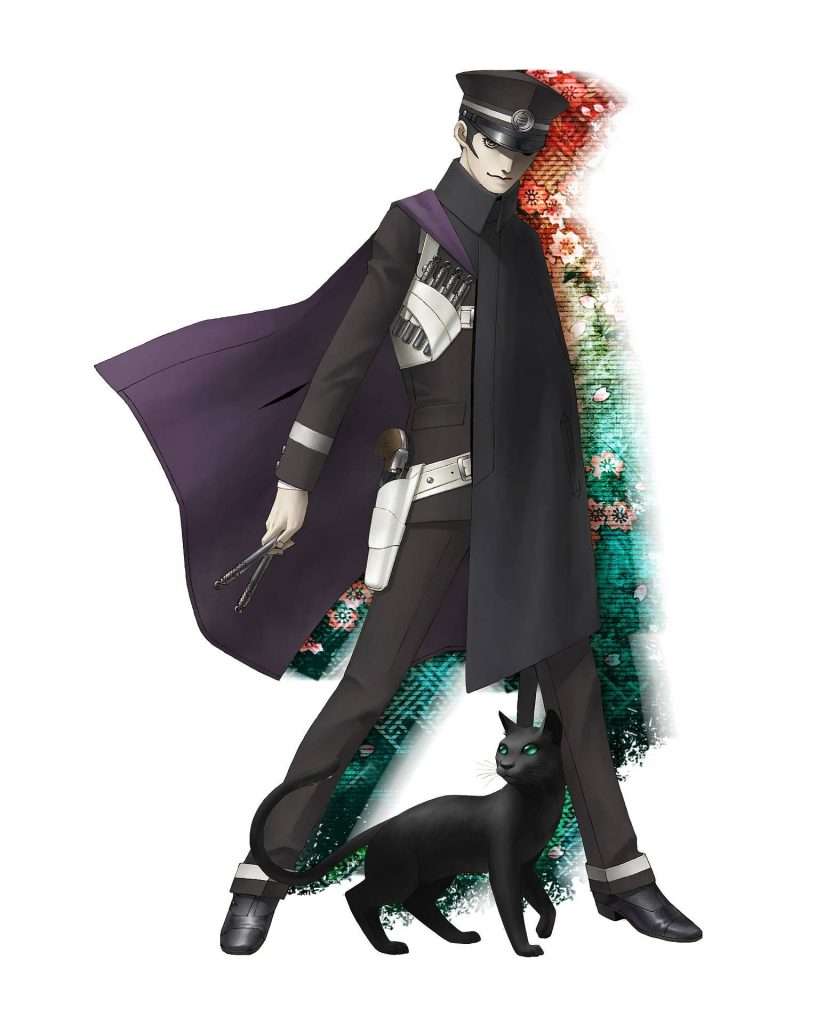 Appearing suddenly in front of the main character is a quiet boy and a talking black cat, challenging the protagonist to battle. His appearance is old-fashioned, and talks about Tokyo as “like the Imperial City.” He calls himself a “Devil Summoner,” and summons demons using a different technique than that of the main character. He says that he came to check on the protagonist to fulfill a certain “request,” but what is his purpose…?

Demons stand in the hero’s way in the Vortex World. Train, grow, and fight against these powerful demons.

The press turn battle system can be considered the origin of Atlus game battle systems, with a derivative system that Persona 5 inherited. The main point of press turn battles is a simple one: target your opponent’s weaknesses. If you hit a weak point, the Press Turn icon in the upper right corner will be highlighted, and you’ll gain an additional action. If you successfully target weak points one after another, you can act without letting the enemy take their turn, allowing you to defeat all enemies swiftly.

However, enemies fight under the same conditions, so be careful, as a single choice can have a big impact on how advantageous or disadvantageous you are in a fight.

By altering the Magatama implanted into the hero’s body, he can gain various powers, including bonuses to his stats and defensive resistances, which is very important to cover up weak points. Each Magatama can also be developed to acquire more powerful skills. Acquire as many Magatama as you can and grow them in order to survive the harsh battles of Tokyo.

Make use of various systems, such as negotiation, demon fusion, and switching to develop a powerful relationship with demons and defeat the enemy.

One of the game’s main appeals is that you can convince enemy demons you encounter in battle to join your team. Various conversations unfold in which the demon will request items or money, or in which you’ll be confronted with questions. Aside from having them join you, you can also get items and money from a negotiation with a demon.

Demon fusion is a technique enabling the creation of new demons by combining demons that have been recruited through negotiation. This forbidden art can be performed in the Cathedral of Shadows found at various locations in tokyo. Not only can you combine two demons, but you can sacrifice a third demon to create stronger demons from the outset. There are many ways to fuse demons, including a hidden element that allows you to create different combinations when the hero is cursed.

Create the strongest demon party you can.

When a demon gains experience in battle, it also gains skills specific to that demon as it levels up. These skills can be passed on to other demons through fusion. Gift events that give you items, as well as events that can power up or reduce the power of skills you’ve acquired, can also occur.

One of the events that can occur when a demon levels up a certain number of times is it will “change” into another type of demon. Some demons can only be obtained through changing other specific demons. Of course, you can choose to keep your favorite demons without having them change. 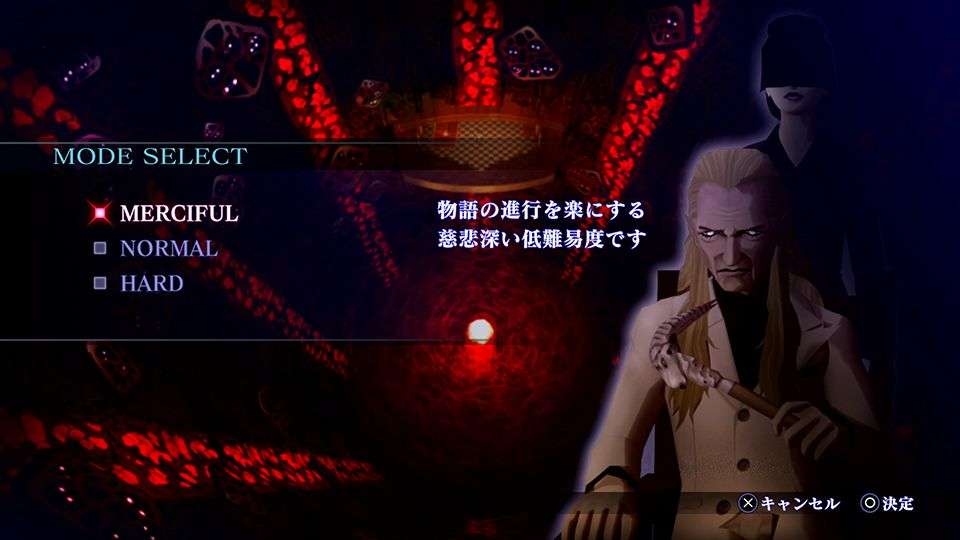