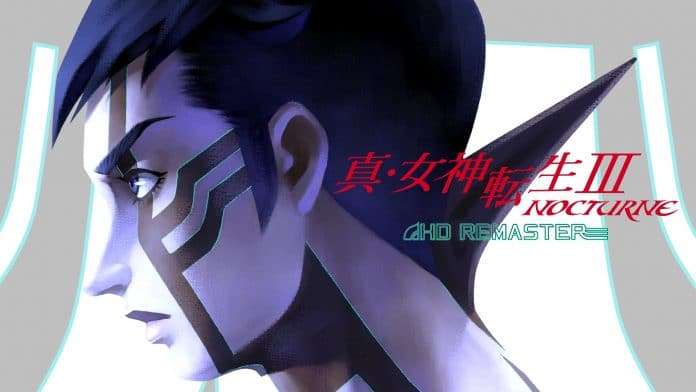 During today’s Nintendo Direct Mini: Partner Showcase for July 2020, it was announced that a remaster of Shin Megami Tensei III: Nocturne will be released for the Nintendo Switch and PS4 on October 29, 2020 in Japan, and Spring 2021 in the West.

The game will also be released in Asia, in Traditional Chinese and Korean on October 29, 2020.

The official English website for the game can be found here.

The official Japanese website for the game can be found here.

Along with an improvement of the graphics, voice acting has been added to event scenes which can be turned on and off. The Japanese voice actors are the following: 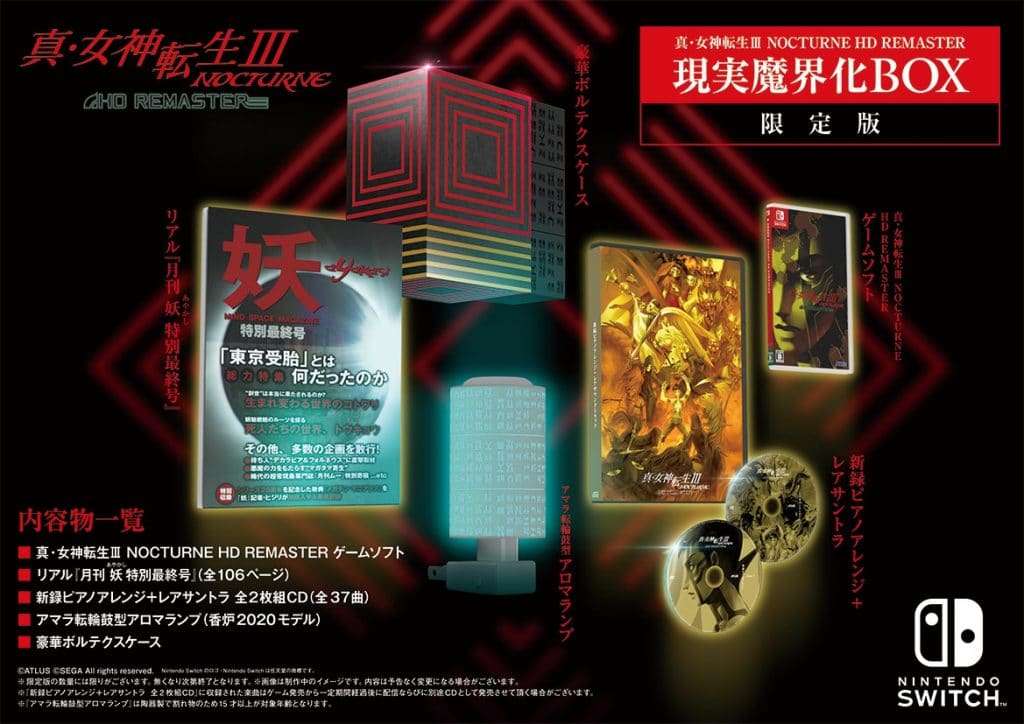 The Shin Megami Tensei III: Nocturne HD Remaster limited edition, dubbed the “Reality Expanse BOX,” will be released for the Switch and PS4 in Japan and include the following:

A collaboration between reporter Hijiri and Nobuyuki Shoida, who worked on the “Series 25th Anniversary MegaTen Maniacs Scriptures.” A sequel to the occult magazine that was not release because of the Conception in Tokyo. “Maniacs” is full of information, from descriptions of the world view to an abundance of artwork.

A gorgeous 2-disc set consisting of the “New Piano Arrangements,” which is a must-listen collection of new recordings only played by the piano, along with a “Rare Soundtrack” containing in-game songs which are not included in the soundtrack.

The latest model of the “Incense Burner” that came with the original game’s Deluxe Pack.

Direct feed screenshots of the game have been released through the Nintendo Japan website.

Celebrating the announcement of the upcoming remaster, Atlus will be holding a live stream on July 23 at 19:30 JST (3:30 AM PDT / 6:30 AM EDT / Other Time Zones), looking back at the MegaTen series.

In August 2018, Shin Megami Tensei series producer Kazuyuki Yamai stated that they were constantly considering a port or remake of Shin Megami Tensei III: Nocturne Maniax. Additionally, in Atlus’ annual Japanese online consumer survey for 2020, the company, for the first time, directly posed the question of which games users would want ported to the Nintendo Switch, which included SMT III: Nocturne as one of the possible choices.

Shin Megami Tensei III: Nocturne was originally released for the PlayStation 2 in Japan on February 20, 2003, with an expanded version subtitled “Maniax” on January 29, 2004. The game was released in North America on October 12, 2004.