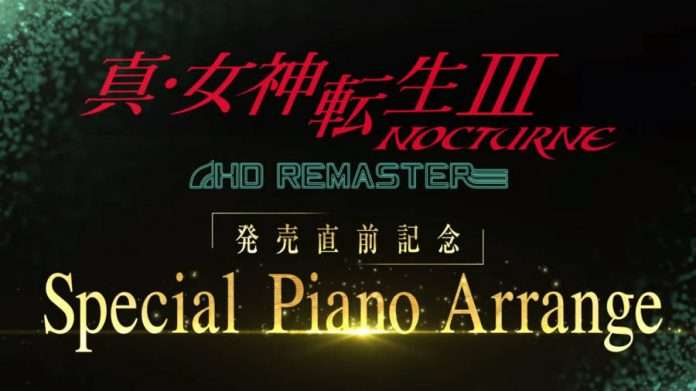 During the pre-launch live stream for Shin Megami Tensei III: Nocturne HD Remaster, the Japanese pianist Yui Morishita (aka Duke of Pianeet) made an appearance in a pre-recorded video to perform music from the game.

The special piano arrangements of Shin Megami Tensei III songs will be available as part of the game’s soundtrack, releasing individually on December 16, 2020.

He plays the following four songs from the game: