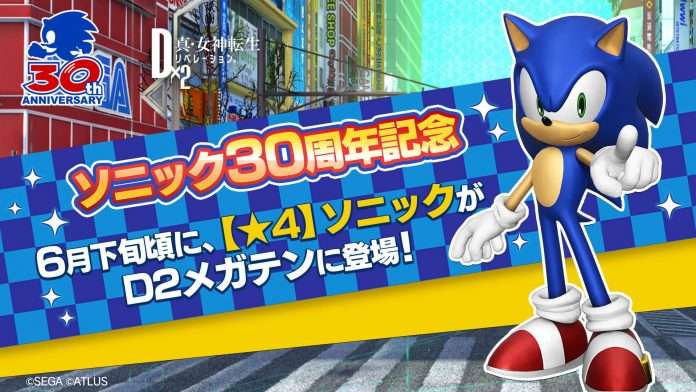 To celebrate the Sonic series’ 30th anniversary, the blue hedgehog will make an appearance as a 4-star demon in the mobile game Shin Megami Tensei: Liberation Dx2.

Further details will be announced at a later date, however Sonic will be added to SMT: Liberation Dx2 in June.