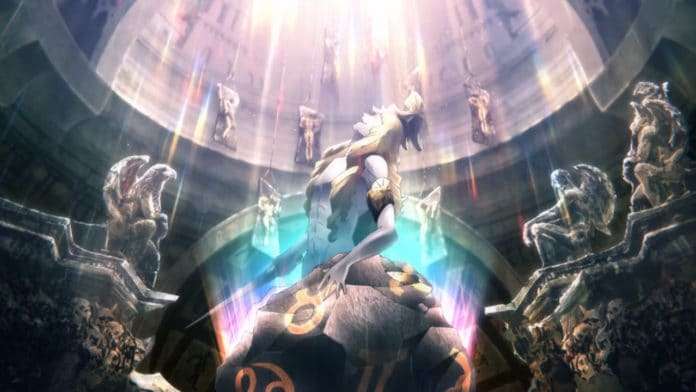 Part of this opening was previously shown in the PV #02 trailer. 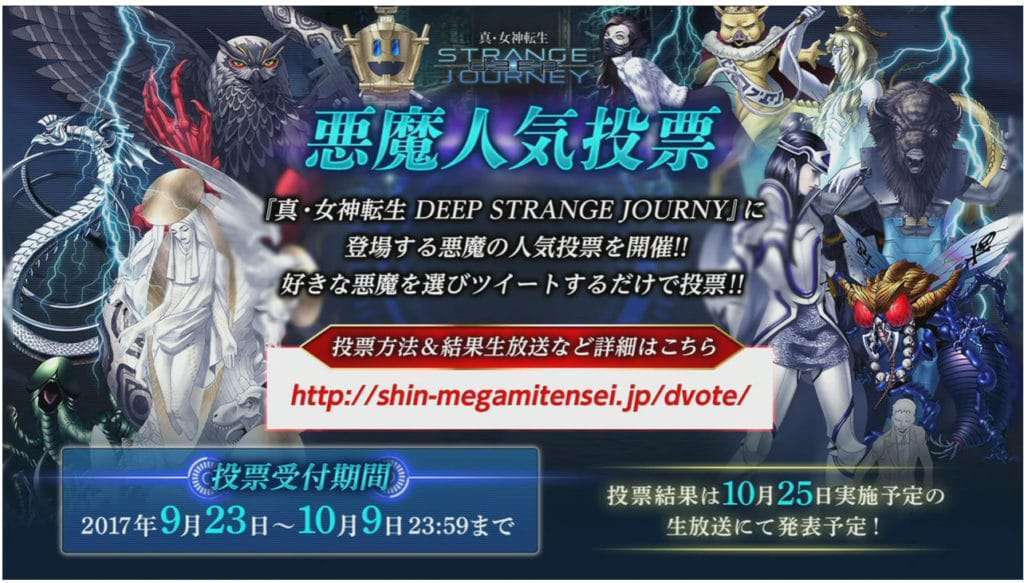 A fan poll will be held from September 23 to October 9th, where fans can vote on their favorite Shin Megami Tensei demons among the 345 that appear in SMT: Strange Journey Redux. The official website for the poll can be found here.

Results will be announced on October 25 at 8:30 PM JST via a dedicated live stream on Niconico. 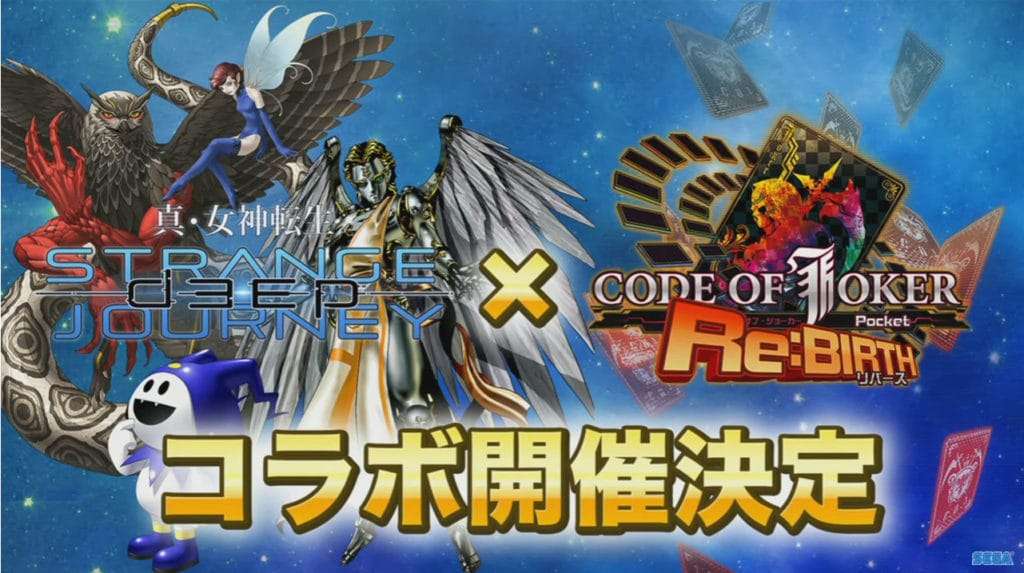 Atlus has announced that Shin Megami Tensei: Strange Journey Redux will have a collaboration with the mobile card game Code of Joker Pocket Re:Birth. The official site for the collaboration can be found here.

Further details will be announced at a later date. They showed off a screenshot for the card designs during the stage show. 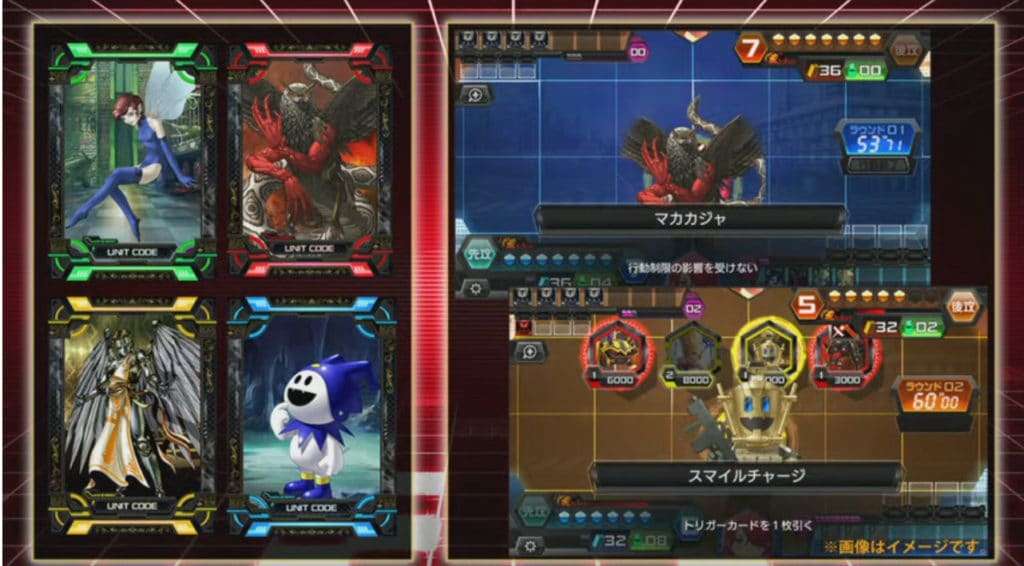 New Shin Megami Tensei 25th Anniversary merchandise was announced during the stage show, including a “Digital Devil Selection” line of jewelry which will have further details released at a later date.

The merchandise in the left image will be released on October 28, for 650 yen each. The 1/1 scale jewel replicas for items including a “Pixie ring” and a “Jack Frost ring” will be released this winter. Koichiro Hatsuda, a modeling artist who has worked on many Atlus related items in the past, is behind the “Digital Devil Selection” products.