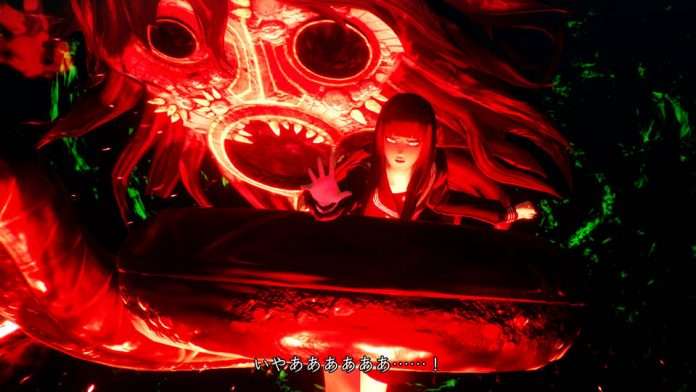 The first interview can be read here. It goes over the game’s protagonist, Aogami, Amanozako, Nuwa, Shohei Yakumo, and Idun. The details included the fact that Shin Megami Tensei V was originally meant to be released in 2020.

As last time, these columns do not contain any story spoilers. 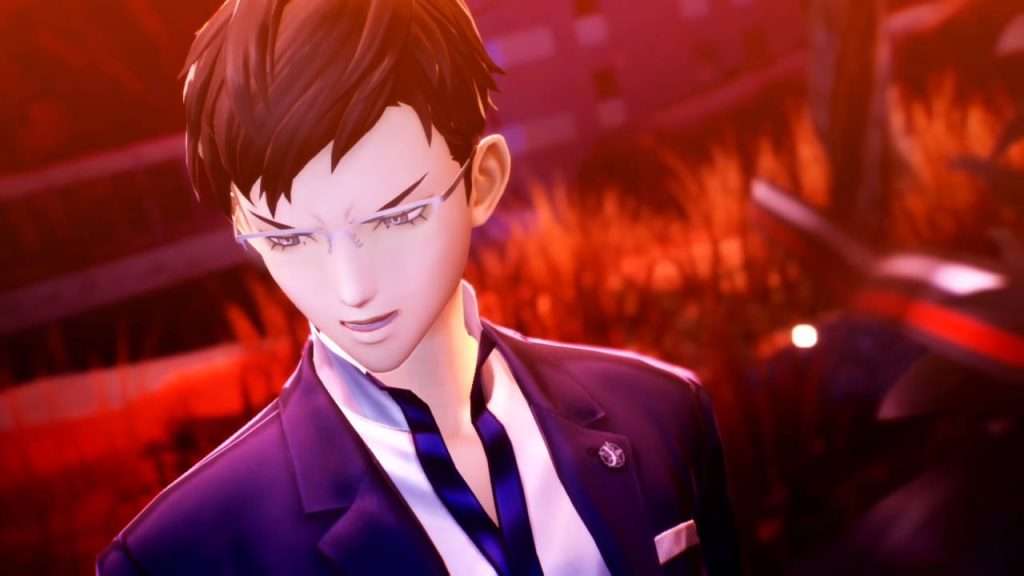 Yuzuru Atsuta is a brilliant boy with a strong sense of justice. I designed him to look like an honor student with a clean appearance so that he would evoke intelligence. Although he has a modern high school student’s hair and his school uniform, the character’s overall atmosphere and posing gives off the image of a genius.

Although the image of a brilliant person wearing glasses is overused, I tried to design the characters in this game, in general, in a way as to where they would not lose their sense of reality, keeping in mind the symbolism that many people have. This was done because, considering the contrast between the supernatural existence of demons, a realistic appearance makes it easier for the audience to become emotionally involved with the characters, and it also gives a sense of reality to the dramatic developments they will face throughout the story.

In this sense, Yuzuru’s design has been stripped down to its bare essentials. 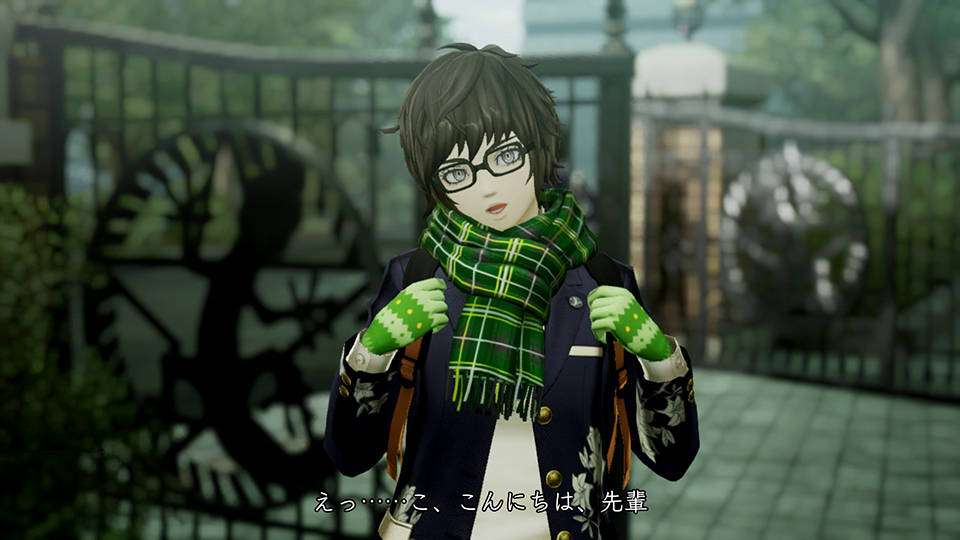 Miyazu Atsuta is Yuzuru Atsuta’s younger sister. Her parents have passed away, and Yuzuru has taken over as her guardian. He takes good care of her but, perhaps it’s because she is sickly and weak, Yuzuru seems to be overprotective of her.

She wears a scarf and gloves, given by Yuzuru, to keep her body warm since because she’s sickly. By having both siblings wear glasses, I think I was able to present the fact that they are brother and sister in a way that is easy to understand. Overall, I designed her as an image representing the younger sister character that everyone can easily associate with.

She is small and introverted, with a symbolic tenderness that makes you want to protect her. Although the character’s weakness is overstated, it became one of the elements to portray her inner conflict against her circumstances. In the story, she seems to be involved in the battle when the demons attack the school, but what fate will befall her? Please look forward to it! 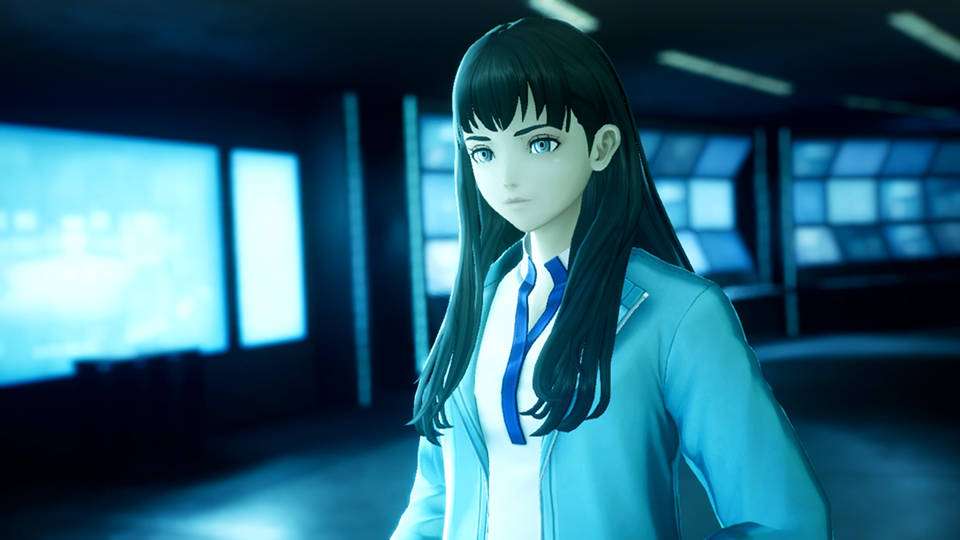 Tao Isonokami is a classmate of the protagonist’s. She is called a saint in the Bethel Japan branch. She has had a strong sixth sense ever since she was a child, and it seems this power made her a member of Bethel.

Tao’s costume is based on Jouin Academy’s pleather-type uniform, but instead of a jacket, she wears a jersey. This jersey is also a common athletic wear for the students, but to differentiate her from the other characters and to show Tao’s active personality, I decided to use a non-uniform image. When she goes to school, she carries a backpack, which I think gives her a more active high school student look.

As for her face, I wanted to create an atmosphere of clarity that was not too detached, but it was very difficult to express this atmosphere with 3D modeling. It took a lot of effort on the part of the modeling and painting staff, but I think they were able to create a character that is not only cute, but also has a lot of strength. 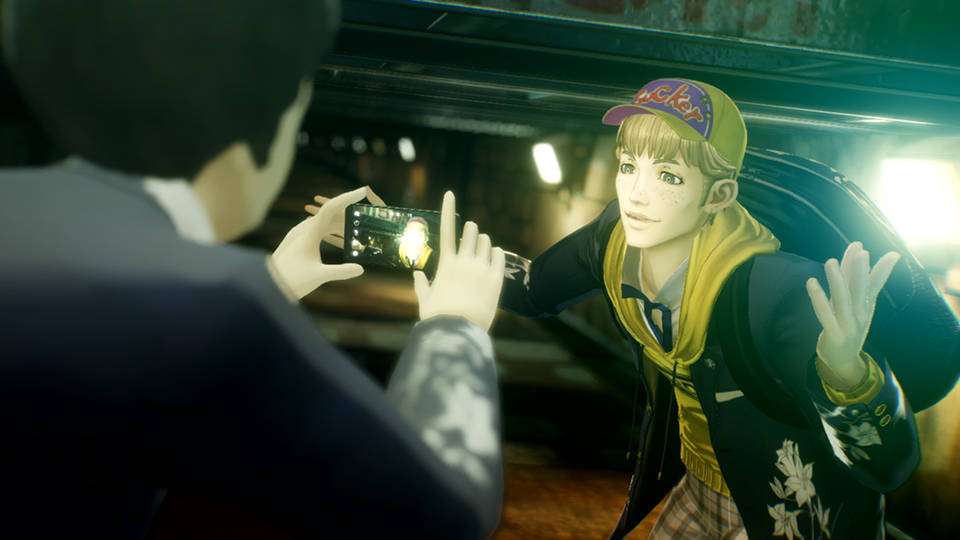 Ichiro Dazai is not one of the most handsome characters in the story. That’s because he doesn’t try to keep up appearances, giving him an unattractive impression. He’s a “disappointing guy,” as called in this kind of setting, and he is a character who spins his wheels in many ways.

His classmates think he’s a bit of a jerk, and that he can’t read the mood. However, he understands his situation, and he wants to do something about it, although he is having trouble doing so. Like the protagonist, he becomes involved with the demons, but he grows in his own way, which is shown in the game. Since he’s starting behind, in a sense, the character has a lot of room to grow, so I hope you will enjoy his growth when you play the game.

As a side note, Jouin Academy has two types of uniforms: the sailor type suit worn by the main character, and the pleather type worn by Yuzuru and Ichiro. The school’s theme is to respect freedom and, in fact, some of the girls wear pants. Also, it seems that boys are allowed to wear skirts. 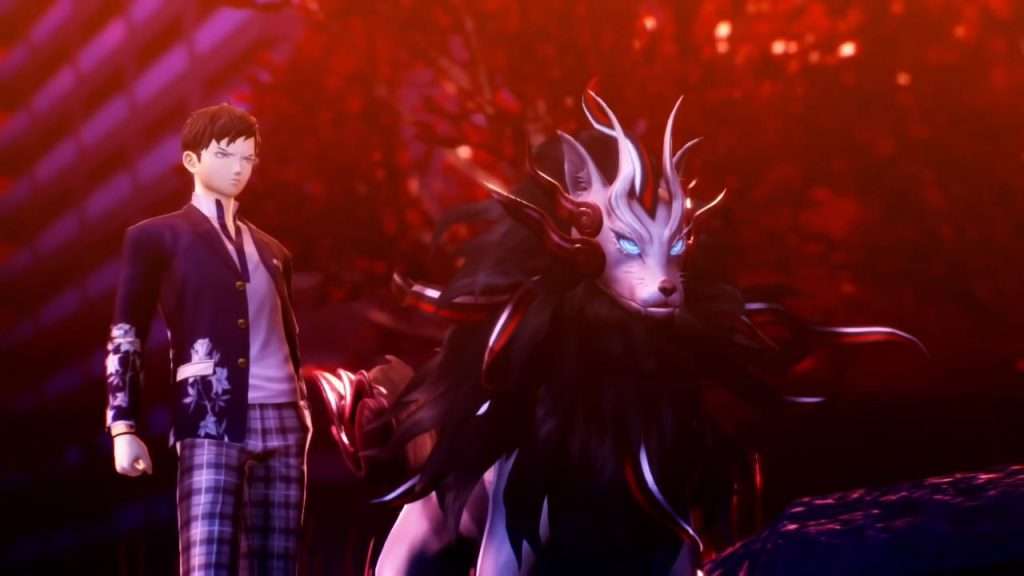 The legend of Hayataro, the Spirit Dog, tells of his defeat against a monkey god. The dog is said to have been born in front of the gates of Kozenji temple, in Shinshu, but is also called Shippeitaro in Totomi Province, where a similar story was told.

Hayataro’s design in this game is a leap forward from the traditional story of a dog that conquers the monkey gods, and gives the image of a specialist dog that conquers demons. The reason for the shide paper pattern on his legs and the design of Komainu (guardian dogs) on his tail is to ward off evil spirits when he defeats demons.

In fact, in the early stages of development, Hayataro was supposed to be the main character’s first companion, where he would ride on Hayataro’s back while moving around, and fight with him in battle. But after many changes, he ended up becoming Yuzuru’s partner demon instead.

As a remnant of the previous thoughts, Hayataro possesses more unique techniques in battle than other demons, so I hope that many people will become attached to him, despite the initial changes. 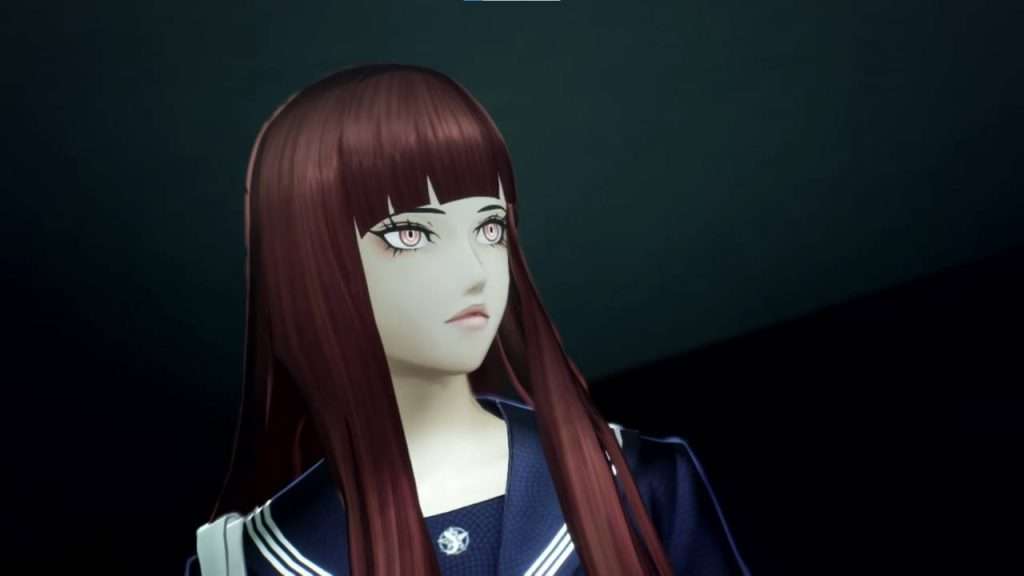 For Sahori, I designed her in a way that gives a strong sense of the relationship between her and the demons, so that people would be interested in this game’s story. It implies a unique development in Shin Megami Tensei where it is not led by humans, but where humans are in a weak position and at the mercy of demons.

Sahori is also, in a sense, the protagonist’s counterpart. Without the player’s support, it is very difficult for the average human to escape the temptations of the demons. In the game, you’ll watch from the sidelines as people get entangled by the hands of demons.

By the way, the clothes that Sahori wears is the sailor uniform that the girls wear at Jouin Academy. The fact that she wears the standard sailor uniform, while the other female characters wear the pleather type, also shows that she’s the protagonist’s counterpart. What if the demon that saved the protagonist wasn’t Aogami? What if the player didn’t provide support? If you keep this in mind, the game’s atmosphere will be different. 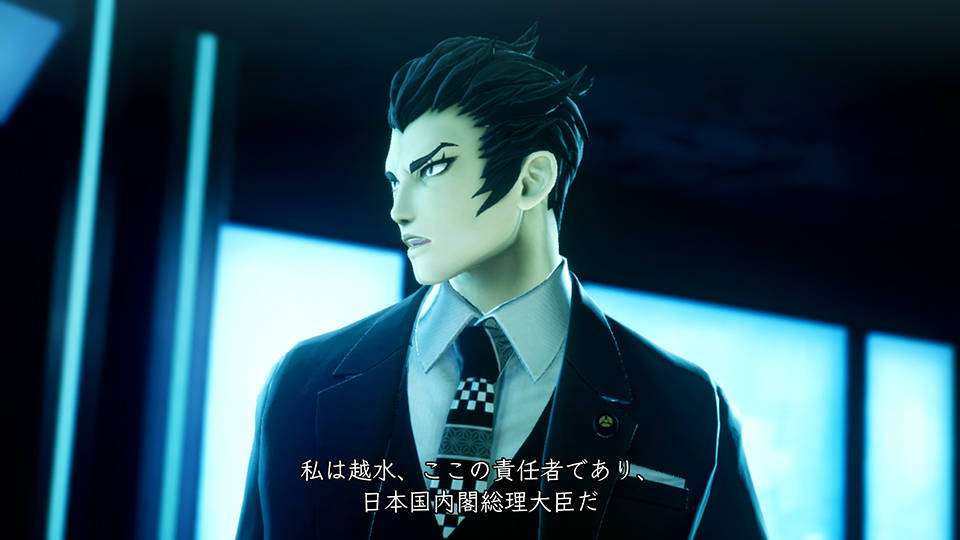 It seems that both the Prime Minister of Japan and the second head of Bethel’s Japanese branch, as well as Aogami, share the same face. Of course, this isn’t to say that there is no relationship between the two. The hair and eyebrows between Koshimizu and Aogami have been made unique so that they can be easily recognized. The only differences are their hair color and height, and also Aogami’s body shape is more macho.

Koshimizu belongs to Bethek’s Japanese branch, and the story behind this organization is very important and at the core of this game. Additionally, it’s the headquarters to which Abdiel belongs, and there are other branches around the world, where a great deal of developments await.

Althought most of the information about the relationship between Aogami and Bethel has not been revealed, it will be shown during the story, so please look forward to it.

The next issue of Weekly Famitsu magazine featuring Shin Megami Tensei V will be for the game’s launch, releasing on November 11th. It will feature gameplay information and various exclusive columns. It will also feature a new illustration by Masayuki Doi on its cover.