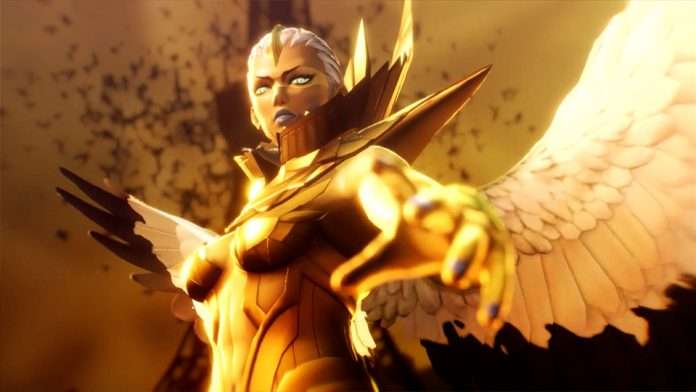 Additionally, the SMT V Famitsu feature includes messages from the game’s lead development staff. While Kazuyuki Yamai was previously known as the SMT series producer working on SMT V, and that Masayuki Doi was the game’s character designer, both the composer and the director had not been officially announced. As assumed due to his previous work on the series, Ryota Kozuka is the composer for Shin Megami Tensei V, with contributions from Toshiki Konishi.

Surprisingly, the director for Shin Megami Tensei V is Shigeo Komori, best known as the director behind the Etrian Odyssey series. He had previously worked on other Megaten games as an scenario writer and event planner.

From the development staff’s messages, it sounds like the staff involved with SMT V changed significantly since the beginning of development until now, as more members from around Atlus started working on the game in order to finish it. This could perhaps be related to the game’s “scrap-and-build” development phase reported by Yamai in December 2017, before the “full-scale development” phase began near February 2018.

This is an era of misfortune. Are we to lament God’s absence and be content with the status quo? Reality has become an extraordinary place called “Da’at.” However, this place must have potential worth fighting for. Become a “Nahobino” transcending human knowledge, becoming a light against the misfortune. Will you envision despair or hope? Your choice will determine everything…

It has been a long time since the first report, but it looks like we will finally be able to show the true value of this game to the world. The development team did not give up until the end, and have worked together to complete this gem of an RPG. We hope you will play this game and give us your feedback. I hope you enjoy it.

In this game, I focused on creating realistic designs for the characters, including the main character. I wanted to emphasize the importance of giving a sense of reality to the characters’ designs, along with the idea, “What if everyday life and the people around us suddenly changed?” I think such surprises are very important in games. I wanted to make the demons that threaten the survival of the protagonists more alien, and that was achieved by not overdoing it with the character design.

Even still, this is a “Shin Megami Tensei” game. In order to survive this decadent world, you can’t just be an ordinary person. The protagonists are forced to make several choices to change. We hope you will look forward to this game, in which you’ll be able to experience these changes and surprises.

Masayuki Doi has also been releasing developer columns for design decisions behind the new and redesigned demons featured in the game:

Hello everyone, I’m Komori, the director of Shin Megami Tensei V. It’s been a long time since the announcement of the game, but in order to meet the expectations of our users, we had to transcend team boundaries and bring together myself and the rest of the various Atlus production staff members to develop the game. The core worldview, setting, and characters were put in place by the members who had been there in the beginning of development. So we worked together with the new staff who joined afterwards to complete the game, keeping in mind that we should focus on the “Megaten” style without betraying fans of the series.

I myself was once involved with Shin Megami Tensei III: Nocturne and Maniax. Because of that, I feel that I was able to use that experience to create a dark and unique worldview, creating the fun of a simple but deep RPG. I would like to thank all the fans who have supported the series so far. We hope that the fans who have supported the series until now, as well as the users who are interested in the new title, will enjoy the game, so please wait a little longer until it’s released.

This time around, we had [Toshiki] Konishi from the sound team, who had worked on the background music for SMT IV and Shin Megami Tensei: Strange Journey Redux, create quite a few songs. I hope you enjoy not only the BGM, but also the rest of the sound design.