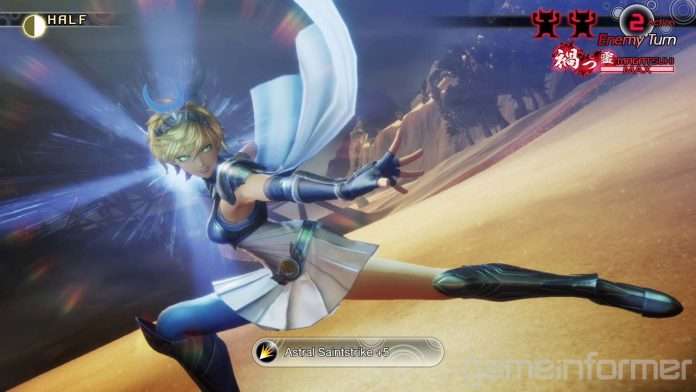 An overview of the launch day DLC can be read in the previous post. English screenshots can be seen below, featuring Demi-fiend from Shin Megami Tensei III, the Goddess Artemis, Cleopatra, Mephisto, and various Mitama to help players in their playthrough.

Additionally, as previously announced, the game will include the free launch DLC “Safety Difficulty,” which is the game’s easiest difficulty setting for those who want to play through the game with little resistance.

Additionally, as confirmed recently, players will be able to start a new playthrough after completing the game, and that certain attributes will be carried over.

There will be two ways to transfer save date: “Newborn” and “Reborn.”