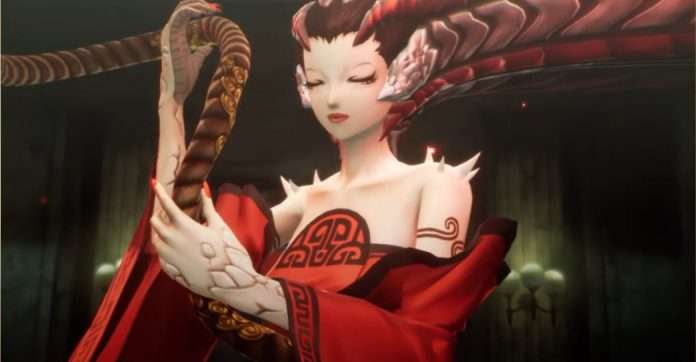 Atlus has released the third and final video in their series of O’Samurai Chan’s Megaten Challenge videos, a series of Shin Megami Tensei V promotional videos where O’Samurai Chan takes on various challenges.

In this video, O’Samurai Chan shows off the early game boss fight against Nuwa in Shin Megami Tensei V.

As a reward for O’Samurai-chan winning the boss fight, new SMT V desktop and mobile  wallpapers were also released.