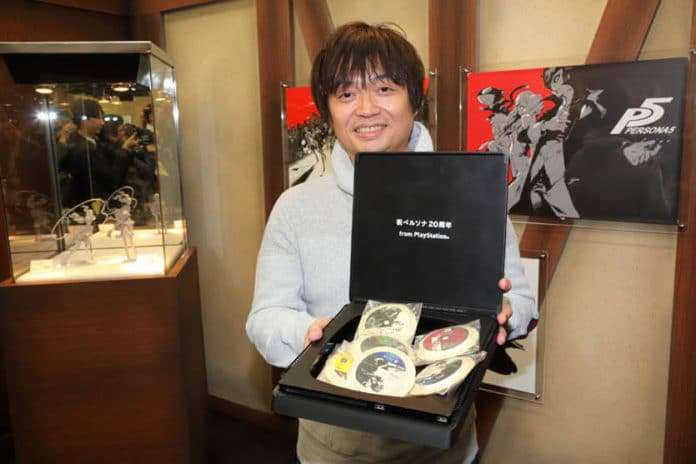 The Persona series is celebrating its 20th anniversary as of September 20, 2016 and the “Persona 20th Fes” event has begun accordingly.

In order to celebrate the memorable year of a series closely tied to PlayStation, Sony Interactive Entertainment Japan Asia (SIEJA) prepared a gift for Katsura Hashino, who is a creative producer and director of Atlus’ Persona 5. Hashino received the gift as he was visiting the media exhibition day, before the official opening of the “Persona 20th Festival.”

An employee of SIEJA appeared, congratulating Hashino on the 20th anniversary of the Persona series and gifting a box for him and his fellow staff members which was described as confectionery. When Hashino opened the present, he was surprised to see what looked like a new PlayStation 4.

Hashino asked what it meant to eat the present since it appeared to be a new PS4. However, he felt a subtle difference in weight, for what was actually craftsmanship of an elaborately made, one of a kind box.

Opening the top lid, there was a celebration message from PlayStation for the series’ anniversary. 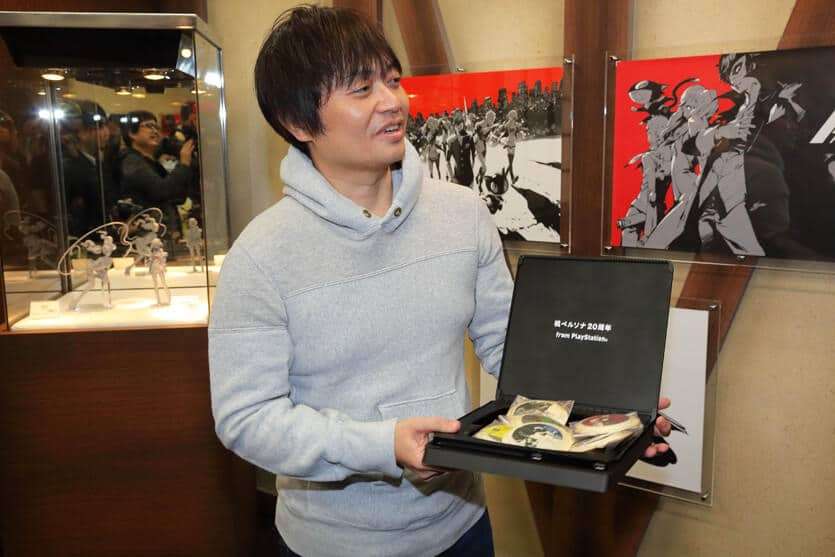 There were six Nanbu Senbei rice crackers, with the printed disc labels of each mainline Persona game displayed on them. Deliciously edible, of course.

Hashino found them to be nostalgic.

The hidden box imitating the new PS4 was not molded or hollowed out from the actual product. Sony asked a craftsman to make it from touch, while the electrical contact parts were made from genuine parts.

The Nanbu Senbei with disc labels of all six mainline releases in the series on PlayStation platforms used edible prints, vividly reproduced.

Hashino stated that he would place the gift in the company office where everyone would be able to see, and perhaps eat one of the rice crackers. 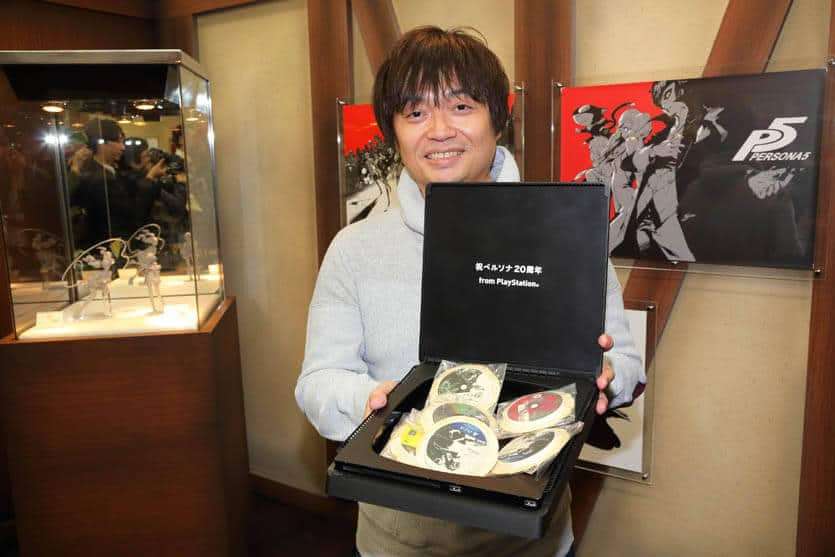 Interview with Producer Hashino About the 20th Anniversary 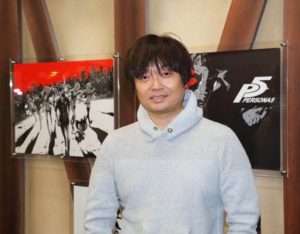 Congratulations on the 20th anniversary of the “Persona” series. This years marks the release of the commemorative title “Persona 5,” but what kind of reaction did you receive from users?

It was a title we had been waiting to release for a long time, but it received a warm greeting that surpassed our expectations. I have received many impressions, as well as detailed critical feedback, but much of the feedback has been of satisfaction. As a developer, this makes me very happy.

While the “Persona” series has lasted for 20 years, I sometimes felt frustrated while developing “Persona 5” over such a long period of time, and worried about what would become of the Atlus brand itself. I was able to overcome this because users patiently believed in Atlus’ “Persona” game.

With 20 years of hard work, I think that we were able to hold this “Persona 20th Festival” and releasing “Persona 5” by being supported by the users. I am truly grateful for this. Please continue to support Atlus games, including “Persona.”

What was your impression after seeing the “Persona 20th Festival” venue?

Our developers always responsibly keep hold of the data contained contained in our games. But at this festival, there’s not only our game data out in the open, but also illustrations contributed from various fans and creators who support us, and it warms our hearts looking at them. I think that it is an exhibition where you can feel the power of various people who have supported us for 20 years, rather than it just being our company showing off our 20 years.

Please tell us about attractions at the opening of the festival.

Every day, no matter what kind of customers come, we have been preparing all the staff to make it a festival that can be enjoyed in some way. With DJ WAKA’s live performance that lasts over 30 minutes, we can look back on 20 years with sound, and I was deeply impressed. On the rooftop, you can enjoy the world of the game, such as with the “Junes food court” reproduced from “Persona 4.”

Additionally, facilities that are usually found in schools are in the venue. Just walking up and down the stairs, and walking in hallways will allow you to enjoy the mood of a cultural festival with a feeling of nostalgia.