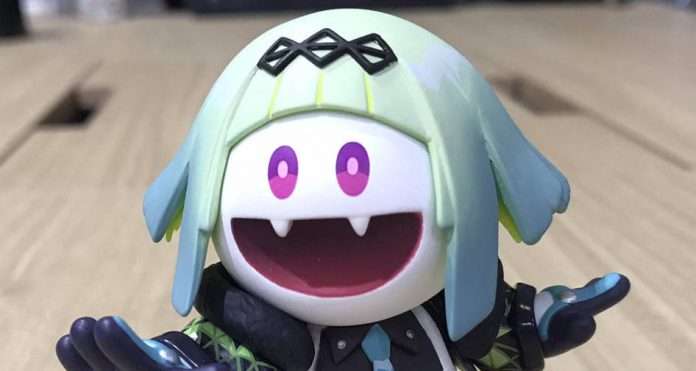 Atlus has shown off the figure for AI Ho-kun, which will be included with the Soul Hackers 2 limited 25th anniversary edition release in Japan. Designed based on the main character Ringo and the demon Jack Frost, the figure is around 8 cm in height.

Atlus has posted pictures of the AI Ho-kun figure throughout the office on the official Twitter account for Soul Hackers 2.

Atlus Japan had moved offices on September 3, 2018, alongside when Sega Sammy moved head offices. A tour of those offices was recently conducted with singer and dancer Ayano Omoto in May 2021.