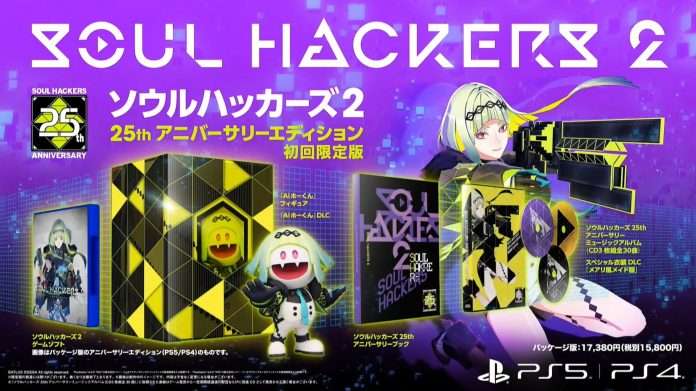 During the “Aion Live Broadcasting Sequence” live stream for the previously teased release, the first preview trailer has been shown, revealing Soul Hackers 2 as a multiplatform release in Japan and in the West.

It’s been 25 years since the spin-off game Devil Summoner: Soul Hackers was released for the Sega Saturn in 1997, mixing its futuristic science-fiction setting with the Shin Megami Tensei series. Finally, a sequel will be released in Japan on August 25, 2022, and in the West on August 26, 2022.

The game will be released for the PlayStation 4, PlayStation 5, Xbox One, Xbox Series consoles, and will have a Windows 10, 11 and Steam PC release.

The game’s official Japanese website has been updated, and the English website launched. The Western release of the game will include English and Japanese voiceover options, with subtitles available in English, French, Italian, German, and Spanish.

The story takes place in the middle of the 21st century, a little further in the future than the present, with Devil Summoners: people who summon demons to help others. There are two opposing Devil Summoner factions: Yatagarasu, and the Phantom Society.

One day, Aion, a supernatural being that watches over the world, detects its end.

Aion beings Ringo and Figue descend into the human world to avoid the cataclysm, but the targets they need to protect have already been killed. Ringo executes the Aion’s special “Soul Hack” ability, reviving the targets.

Given a “second chance,” Ringo and Figue join forces with the Devil Summoners, who have been resurrected from the brink of death, to pursue a mystery with the future of the world at stake.

Will they be able to avert ruin? 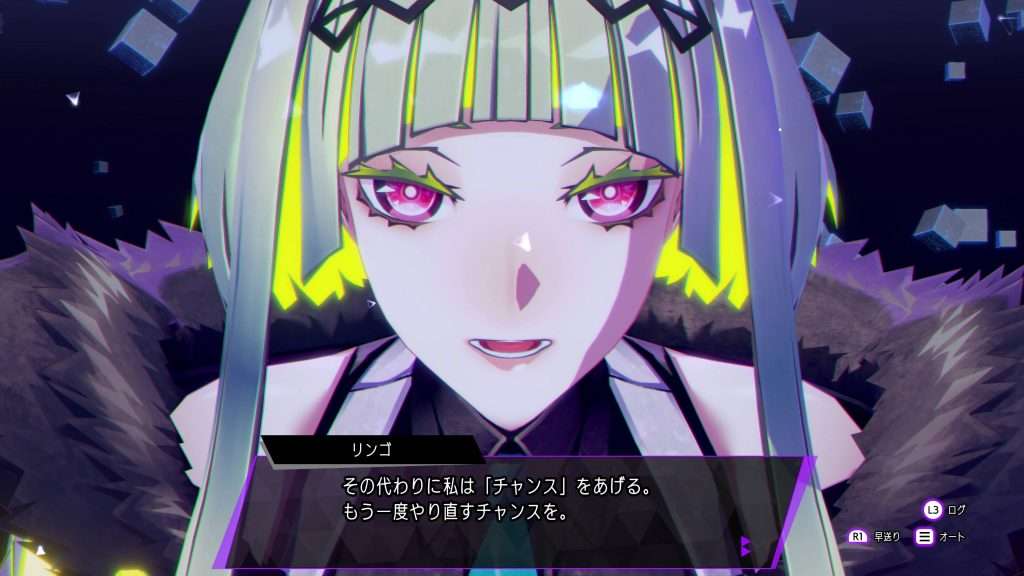 An Aion agent. A newborn being with a strong curiosity about society, culture, and human emotions. She stands in the front line with Arrow and other Devil Summoners, working hard to avert the end of the world. 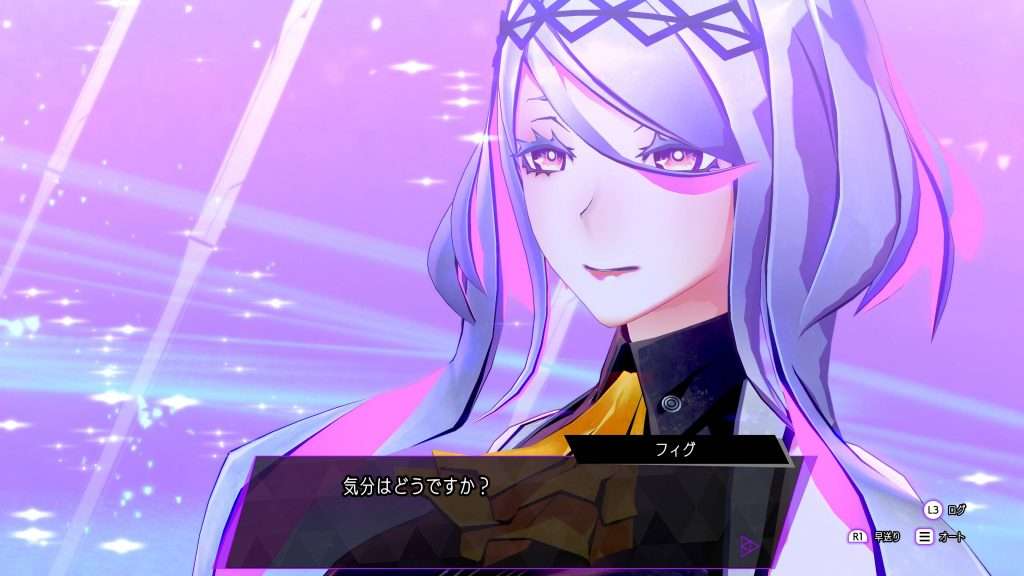 An Aion agent, born at the same time as Ringo. She is cool and thoughtful, and sometimes guides Ringo at her own pace. She does not participate in combat directly, but is responsible for analyzing information and providing logistical support. 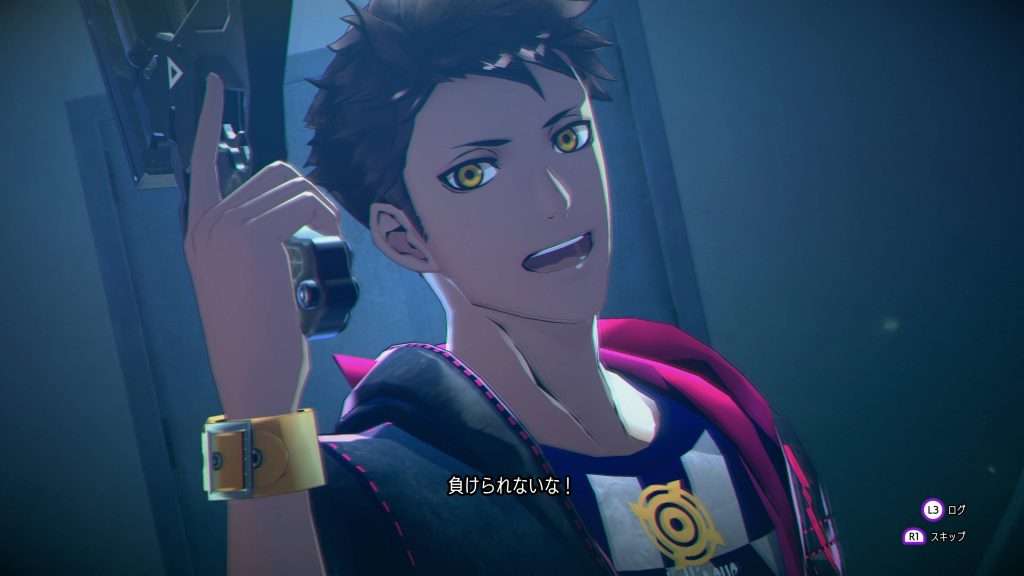 A Devil Summoner belonging to Yatagarasu. He is one of the targets detected to be protected by Aion. He is usually a quiet, honest, and gentle young man. However, he is very passionate. 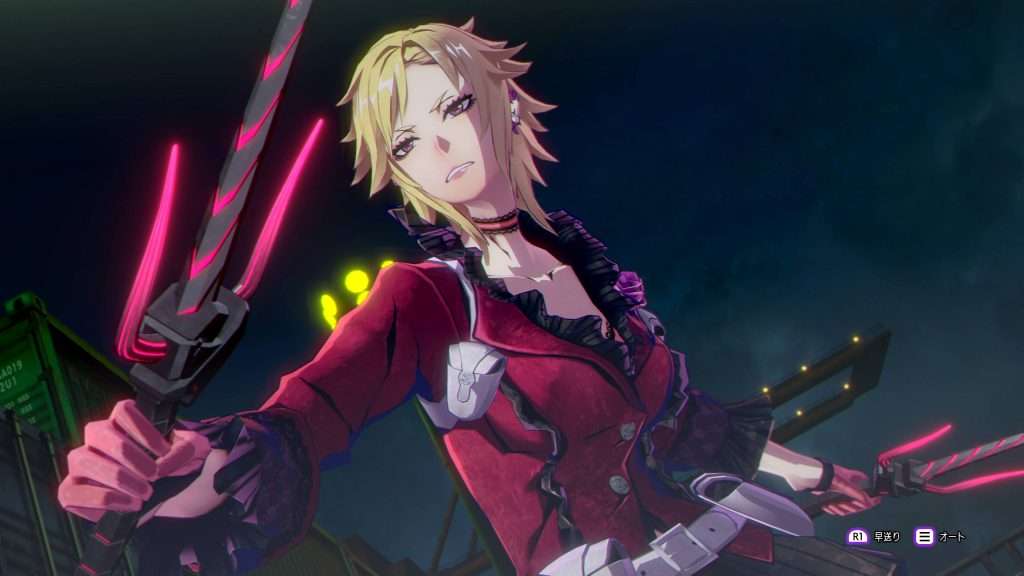 A Devil Summoner and member of the Phantom Society, she accompanies Ringo for some reason. She is a rational and reasonable person who sometimes makes ruthless decisions. It seems that her past experiences have something to do with it. 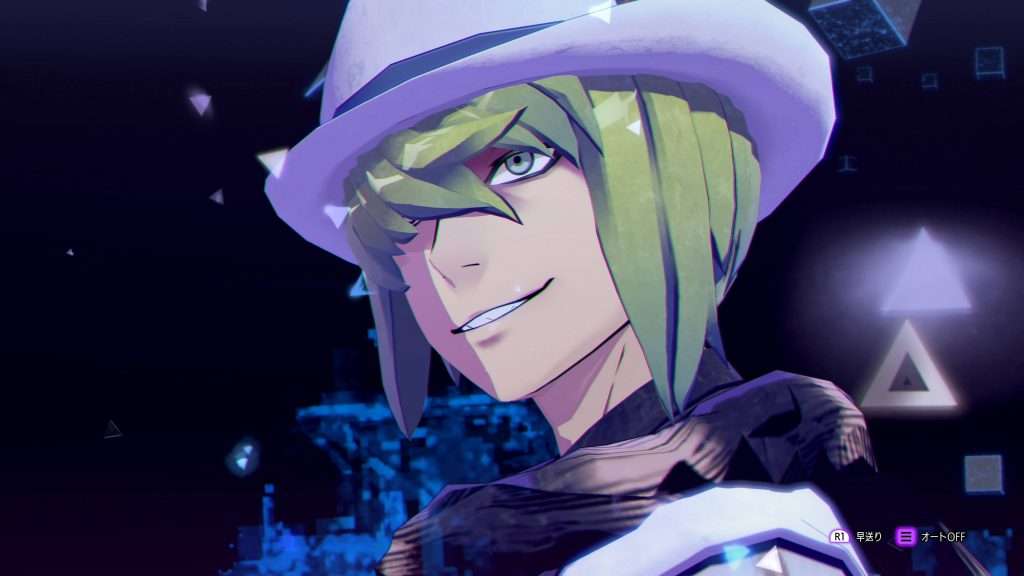 A freelance Devil Summoner. He’s a romantic and charming man with a good sense of humor. He’s good at reading the atmosphere and acting accordingly. He often intervenes between Arrow and Milady, who are often at odds with each other.

A turn-based RPG, Soul Hackers 2 features a battle system called “Sabbath,” based on the “Press Turn” system familiar to the Shin Megami Tensei series. By targeting an enemy’s weaknesses one after another, players can perform an All-Out Attack.

Limited Edition information for the game has been released, with pre-orders beginning on February 22nd in Japan: 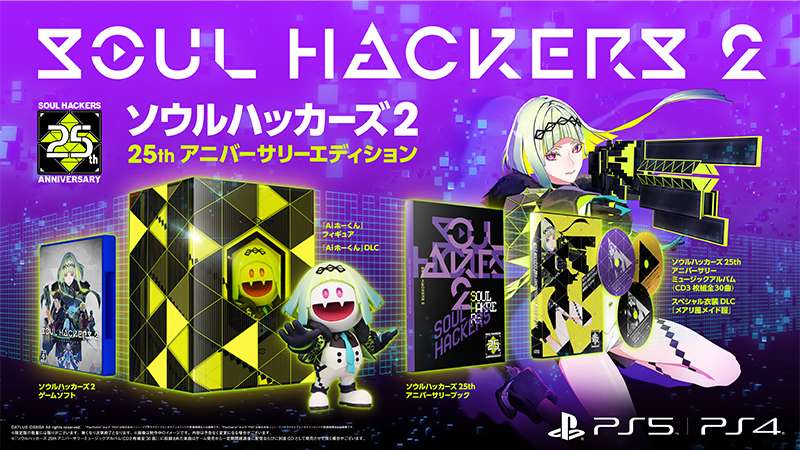 A limited edition set to celebrate the 25th anniversary of the series. It includes:

Arranged compositions by the Atlus Sound Team and composer MONACA featured in the game. An original album of 30 songs, including 20 modern arrangements of Soul Hackers songs and 10 soul jazz-style arrangements of the previous and modern songs.

Over 100 pages of special features unraveling the history of the past 25 years, with an introduction of the series games, a newly drawn “Soul Hackers Visual Story”, staff interviews, various setting art, etc.

The main character, Ringo x Jack Frost! The fastest released model from this game’s original demon “AI Ho-kun.” It has a total length of about 8 cm, with a good sense of luxury in both texture and mass.

DLC that allows players to change the main character Ringo’s costume to that of the character “Mary,” who gained popularity in Soul Hackers.

An additional demon DLC available for fusion of the new demon “AI Ho-kun.”

A DLC set as collaboration between Soul Hackers 2 and Persona 5, including Phantom Thief alternate costumes. This is available as first-print copy DLC. The contents are:

Costumes that can be changed for battles:

The background music played during battles can be switched to “Keeper of Lust.”

The known development staff behind the project thus far are: