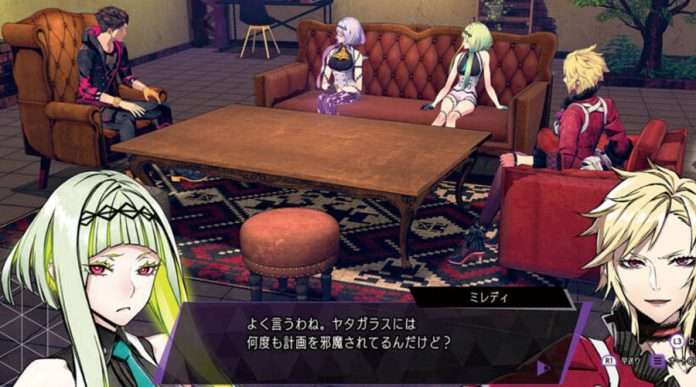 Weekly Famitsu magazine issue #1735 released on March 3, 2022 features an interview with two key developers who have been involved with Soul Hackers 2. Famitsu also confirms that the game’s development is 80% done.

The interviewees discuss their goals in working for the first new game in a series that began 25 years ago.

Looking towards the future with an eye for the past

First of all, please tell us how this project started.

Ishida: One of the main reasons was that we received many requests for a sequel in the user survey that Atlus regularly conducts. Additionally, there were many fans within the company who wanted to make a sequel.

This is the first new game in 25 years. What kind of target audience do you have in mind?

Hirata: Primarily, we approached development with the idea of creating content that would appeal to everyone who supports current Atlus products. We also wanted to create a title that would be enjoyed by the enthusiastic fans who had been waiting for the sqeuel. It was very difficult to find the right balance between the two. I think we ended up with a title that sticks to the direction we wanted it to go in. 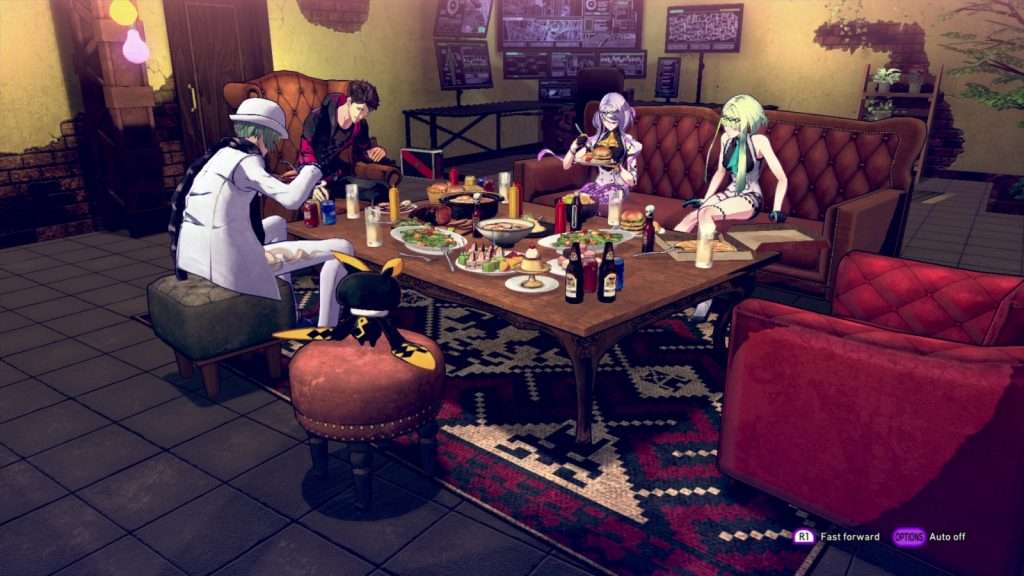 How much of the world and story of the previous game did you keep in mind when making the sequel?

Ishida: Basically, I wanted to keep the world as a continuation of the previous game, and there are many elements that are based on the previous game, such as how technology is a major element in the story. However, not everything could be reproduced in a new chapter in the series. This was the point of view we had when this project started.

Hirata: Originally, Soul Hackers dealt with a theme that was common in the science fiction works of my generation: “technology is useful, but if you make one wrong move, it can become a threat to mankind.” We’ve taken a different approach.

Ishida: Some important parts of this game are based on the previous one, while some elements are inversions of the previous one’s structure. One of these is the main character. In the previous game, the humans were the ‘solvers’ with technology needing to be ‘solved’. This time, Ringo, one of the “Aions” created by technology, is the protagonist. Ringo is in a position to solve human problems. While keeping the same setting, the two sides of the story are reversed, creating a new structure that is unique to this game.

Unusually, for an Atlus RPG, the main character in this game seems to talk a lot.

Hirata: Also, each of the Devil Summoners in this game are burdened with some kind of serious situation. Ringo and Figue, in a sense, are depicted as angels, and they are portrayed as innocent and naive. 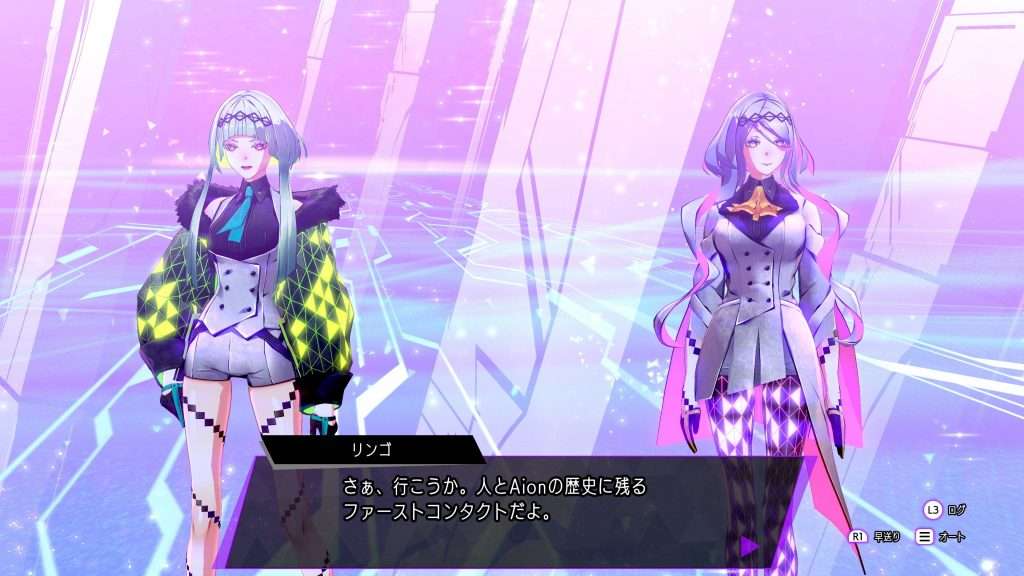 The character design is by Shirow Miwa.

Ishida: We chose Miwa because he is an illustrator who can depict both the serious Devil Summoner characters of the past and new characters such as Ringo and her friends. Miwa himself is a fan of Soul Hackers, and we have personally seen his work, so we decided to ask him to do the job.

What were your directions for each character’s design?

Ishida: For Ringo and Figue, we wanted them to give the impression of being from another world. So we wanted them to look technological, with their hair glowing on the inside and the panel patterns on their jackets and tights.

The coloring also expresses their personalities, and although we only told them what we wanted to convey and did not specify the settings, Miwa took our intentions in account and created the final product. As was the case with the previous game, the Devil Summoners have an eccentric atmosphere not unlike those who lurk in the darkness, but with a design that gives a sense of the weight they are carrying on their shoulders.

You hired MONACA for this game, didn’t you?

Hirata: Actually, this time we took the challenge of actively teaming up with creators outside of Atlus. In addition to character design, we also wanted to include music as part of that effort. We asked MONACA to create music that would reflect the game’s realistic worldview, the female protagonist, and the game’s sci-fi elements. When we were considering who could best incorporate these themes into the music, their name came up first.

Ishida: Of course, we were not avoiding Atlus’ Sound Team. In bringing back the series, we needed to create new pillars for the future while preserving tradition. In order to do so, we wanted to take in the essence of people outside the company, an essence that we do not have, and try to create a chemical reaction. 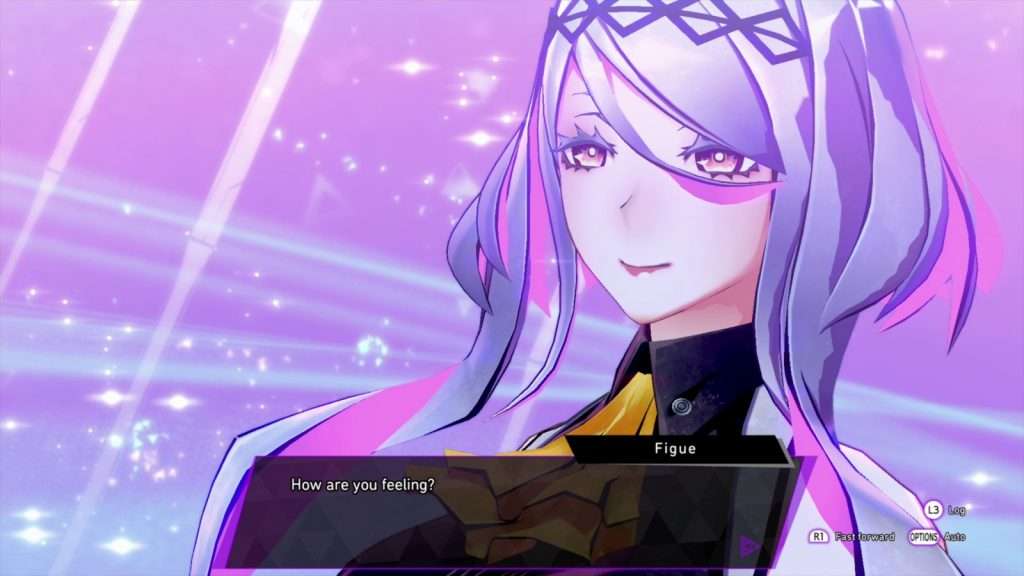 The sequel representing a new beginning

The storyline is surprising, with how it starts with the Devil Summoners being found dead.

Hirata: The introduction of this concept was decided on early in the development process. The image board that our designer drew for us in the early stages of the project gave us the proper perspective, and it really helped us flesh out the story. This is reflected almost exactly in the scene where Arrow collapses at the beginning of the story.

Ishida: Aions are beings that transcend human beings, and can do things that no human can do. Since we wanted this game to be a new beginning for the series, we chose Ringo as the main character, and the raising of the dead is an act that we enjoy in its uniqueness.

I see. Without spoiling anything, can you tell us about the highlights of the story?

Ishida: I think of the interesting aspects of Soul Hackers is that the antagonists have various backgrounds and charm to them. Of course, such elements are still present in this game, so please look forward to it.

Hirata: We are also planning to delve deeper in the other characters in the game, as we did in the previous title. Please look forward to hearing more about them in the future. 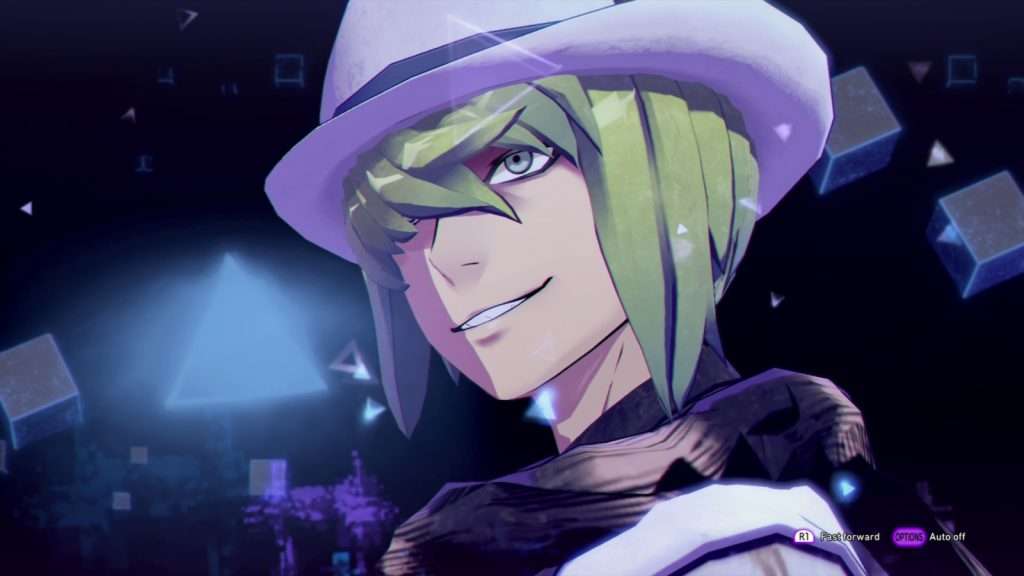 I’m looking forward to it! Finally, how do you feel about how the game turned out, and what would you like to say to our readers?

Hirata: This is the first completely new game in the series in 25 years. It is more of a reboot than a sequel, and we are putting all of our effort into it. We have included many elements to meet the expectations of Soul Hackers fans, so we hope you will enjoy the game as much as we do.

Ishida: This time, we plan to release the game simultaneously on five different platforms worldwide. In the past, we have often released for platforms in Japan first, and if they were well received, we would release them overseas later… However, this time, from the very beginning, we are planning to release to five platforms simultaneously around the world.

We have worked hard to develop this product with the global audience in mind, and with the hope that it will be accepted by players in other countries. In this sense, we believe that the game has more diversity than ever before. Please look forward to it!

A previous interview via 4Gamer with the game’s developers can be read here.