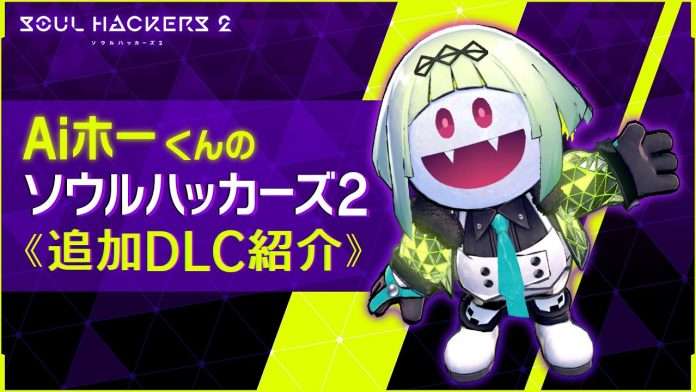 Atlus has announced a trailer to introduce the downloadable content of Soul Hackers 2, set for release on August 8 at 8:00 PM PDT / 11:00 PM EDT / Other Time Zones.

The trailer will be hosted by Ai-ho, introducing the game’s DLC such as costume and background music sets, additional demons, items that will help players beat the game, and much more.

Also, new information about the DLC additional scenario will be revealed for the first time.

Some of the downloadable content that will be revealed during this trailer had previously been leaked, including a Persona 4 costume set and Nemissa as a demon.