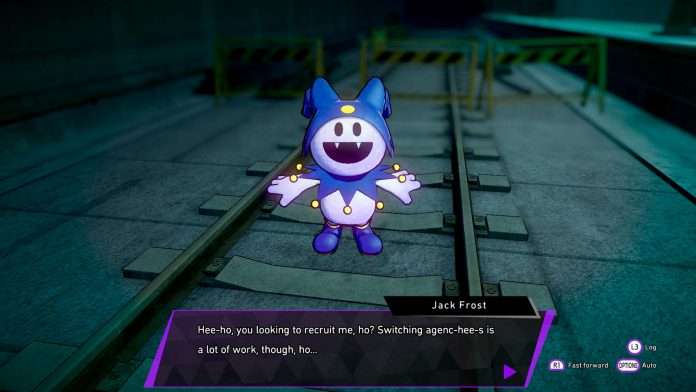 Atlus has begun a video series for Soul Hackers 2 called “Daily Ringo’s Demon Fortune,” in a similar vein as the Shin Megami Tensei V daily demon videos. Every day until the game’s release, one demon will be featured, with the main character Ringo predicting people’s fortunes based on that demon.

Today’s very first featured demon is Jack Frost. Among the 12 astrological signs, Ringo’s fortune has Pisces as today’s luckiest, followed by Virgo, and Scorpio for the top three. The bottom three for today are Cancer, Aquarius, and Capricorn.

As Jack Frost is a snow spirit, he also symbolizes a winter’s revival after melting in spring. Ringo predicts that today is a good day to start something new, however one should beware of “hot things.”

Atlus has announced details regarding the release of Soul Hackers 2 as a questions and answers.

Question: Can one upgrade from PS4 to PS5?

Answer: Yes, if you have the PS4 version of this game, you can download the PS5 downloadable version free of charge. If you own the PS4 physical version of the game, you will need to insert the PS4 disc into your PS5 each time you want to download or play the digital P5S version. Save data can also be transferred from PS4 to PS5.

Question: Is the Xbox Series X/S and Xbox One versions only available digitally?

Answer: The Xbox Series X/S and Xbox One versions are sold exclusively digitally in Japan. Please note that we do not plan to sell physical versions.

Question: Will the first-come, first-served bonuses be available for digital versions?