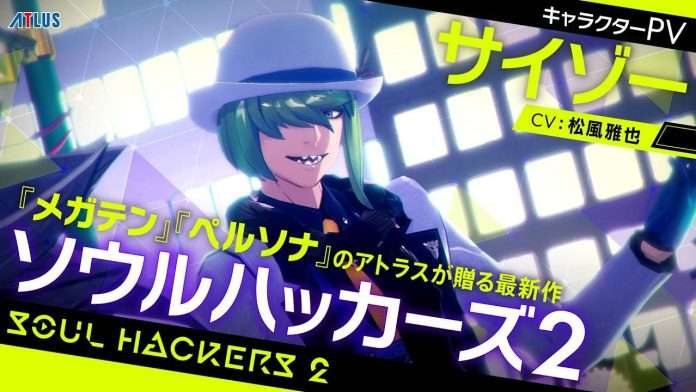 Atlus has announced that the third character focused trailer for Soul Hackers 2 will be released on May 5th, featuring the freelance Devil Summoner Saizo (Japanese voice: Masaya Matsukaze).