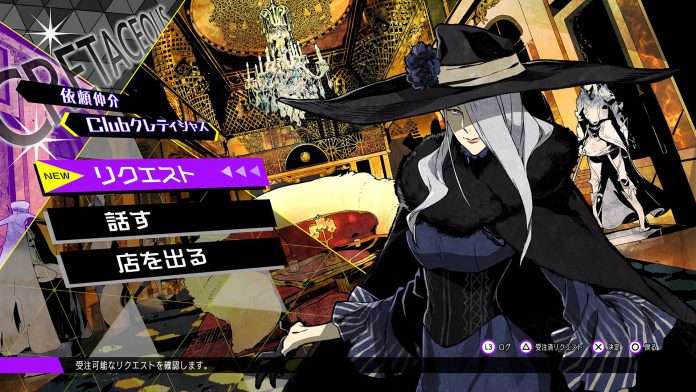 New screenshots have been released for Soul Hackers 2, this time revolving around information released in the Summoners Guide Vol. 3 video. This includes details about the characters Saizo (voice: Masaya Matsukaze), a freelance Devil Summoner, and Ash (voice: Shiori Izawa), a Devil Summoner from the Phantom Society. 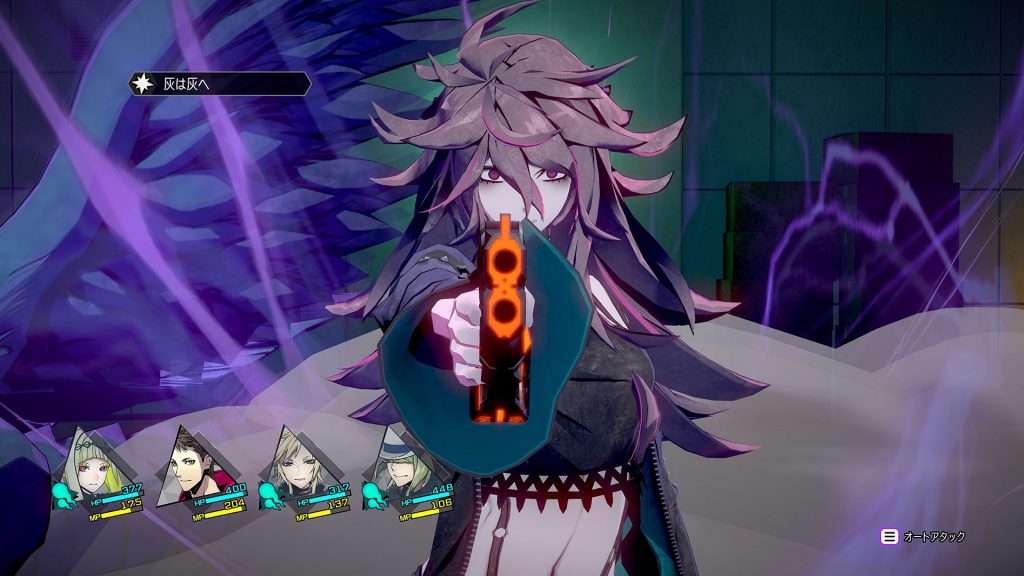 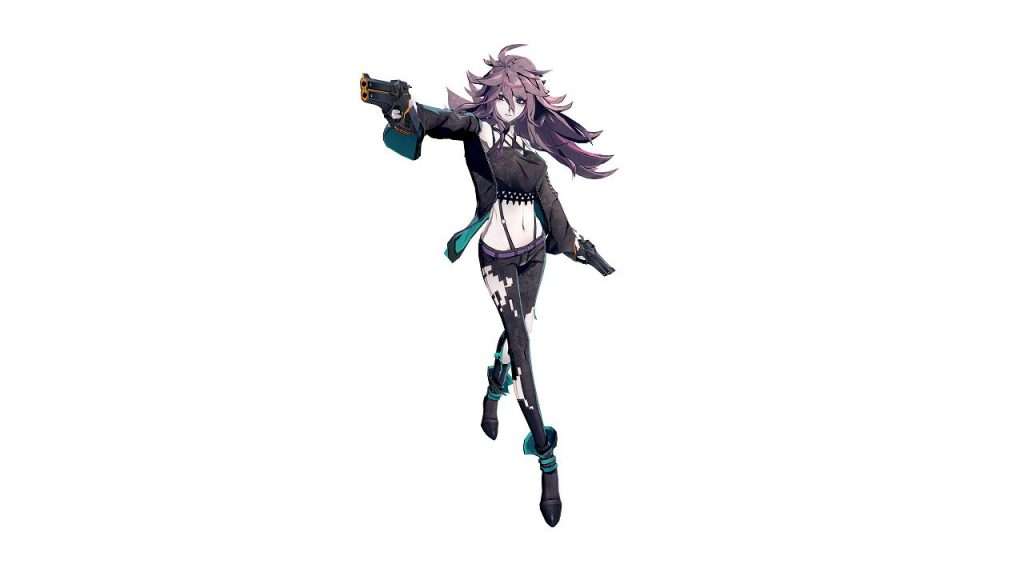 A Devil Summoner belonging to the Phantom Society. At first glance, she appears to be a conservative person, but she actually has a deep and romantic side. She was in a romantic relationship with Saizo, but they broke up due to certain circumstances. She aided in killing Saizo, but it seems that she did not meant to do so. 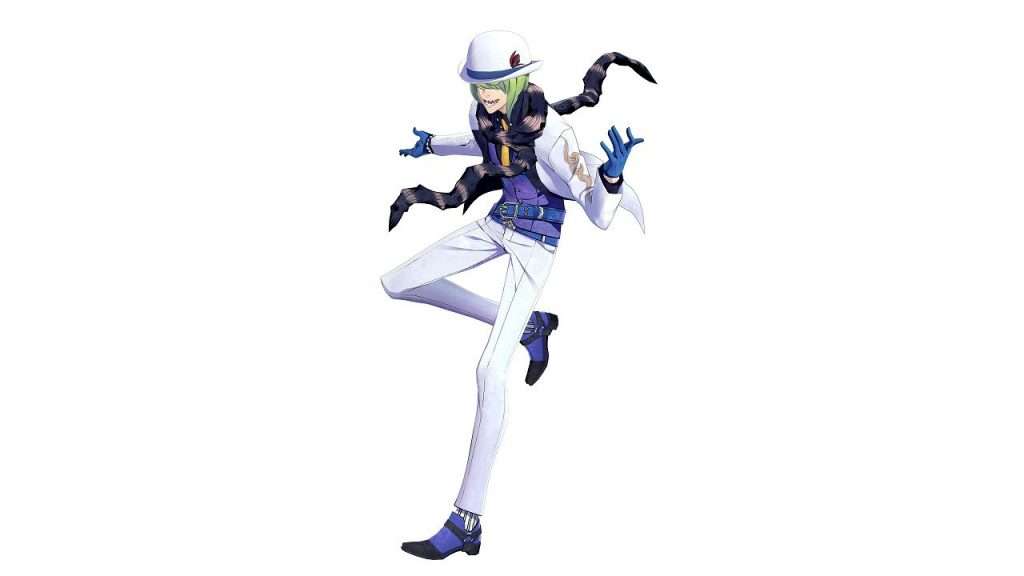 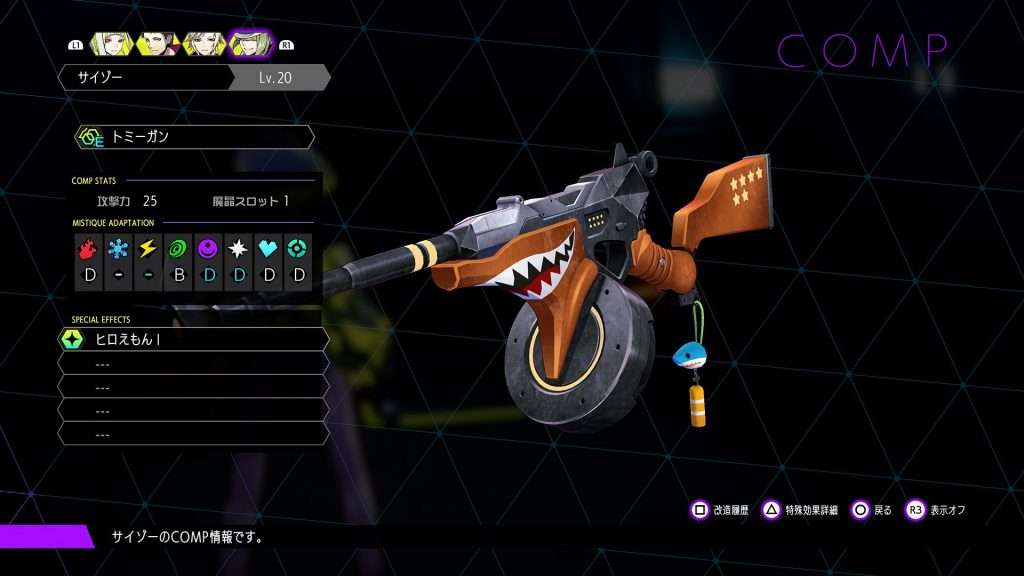 Saizo’s gun-shaped COMP is good at shooting attribute attacks. He has a high aptitude for impact-based skills. Saizo’s own high speed, along with his recovery skills and support items, make him stand out in his flexibility. 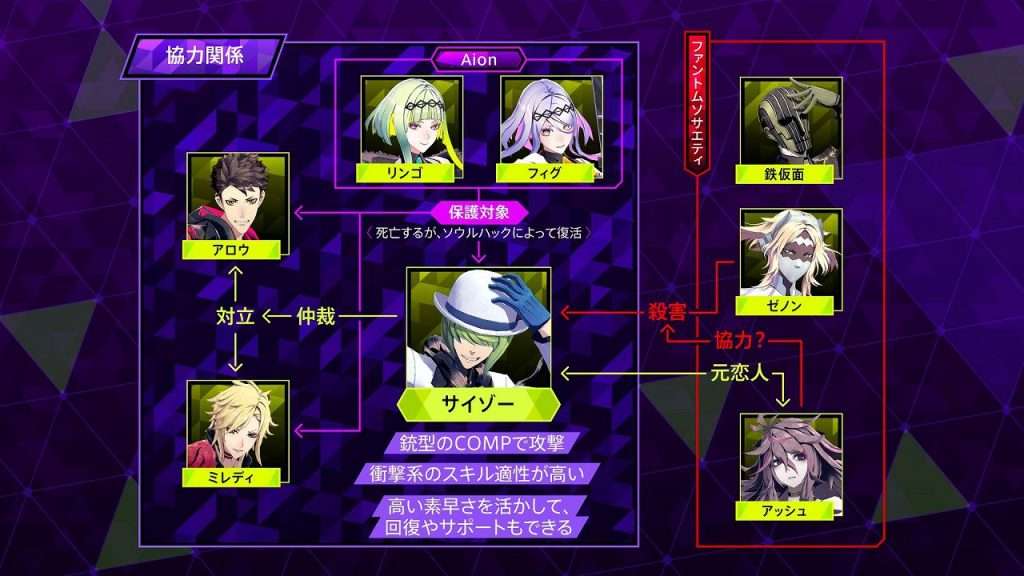 At the Cirque du Goumaden in the Six Treasures Realm, you can fuse demons to create new ones, such as a two-demon combination where two demons are combined, or special fusions where specific demons are used as material. There is also a “fusion search” function allowing players to search for a fusion using a variety of criteria, and also a “recommended fusion” function that suggests fusions based on the demons the player currently has on hand. Whether you are a fan of fusing demons or just want to get it done quickly, you can create your own demon allies in a way that suits you. 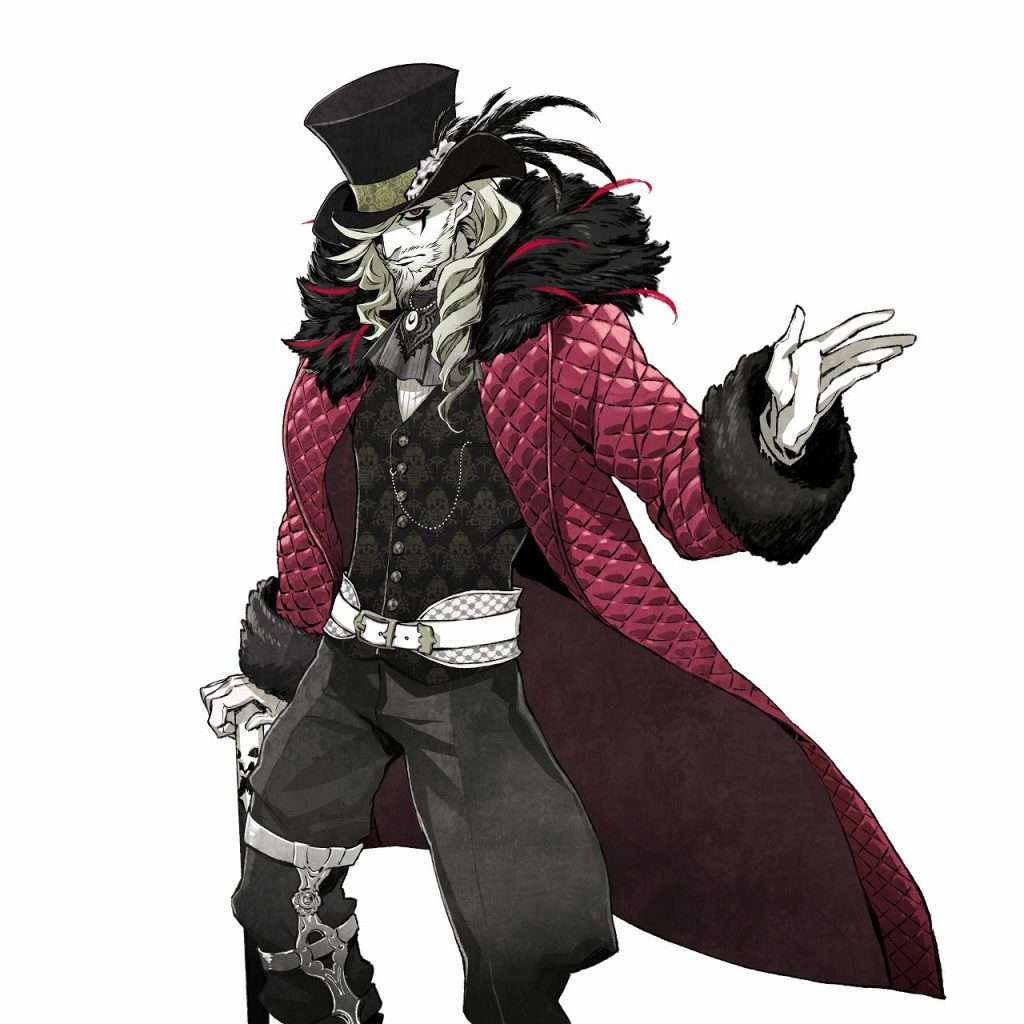 Owner of the Cirque du Goumaden, he resembles a mysterious circus ringmaster. He is said to be conducting research to unlock the secrets of life through demon fusion.

As a demon grows, not only does it gain new skills, but it also increases its stats. In addition to normal skills, some demons can also learn a “pursuit skill,” which allows them to pursue attacks during a Sabbath. With the exception of a few, skills can be transferred freely through demon fusion. Create the strongest demon by developing them through battles and fusing them with other demons.

When a demon has grown and mastered all its skills, you will receive a gift as a token of appreciation. There are various types of gifts, but one of the most special of them is a magic crystal. Magic crystals are equipment can can be equipped onto a COMP to grant it an effect. There are various effects, such as increasing the power of attribute attack skills, reducing MP consumption, and enabling the use of certain skills. The magical crystals that can be obtained differ depending on the demon, so try to level up a variety of different demons. 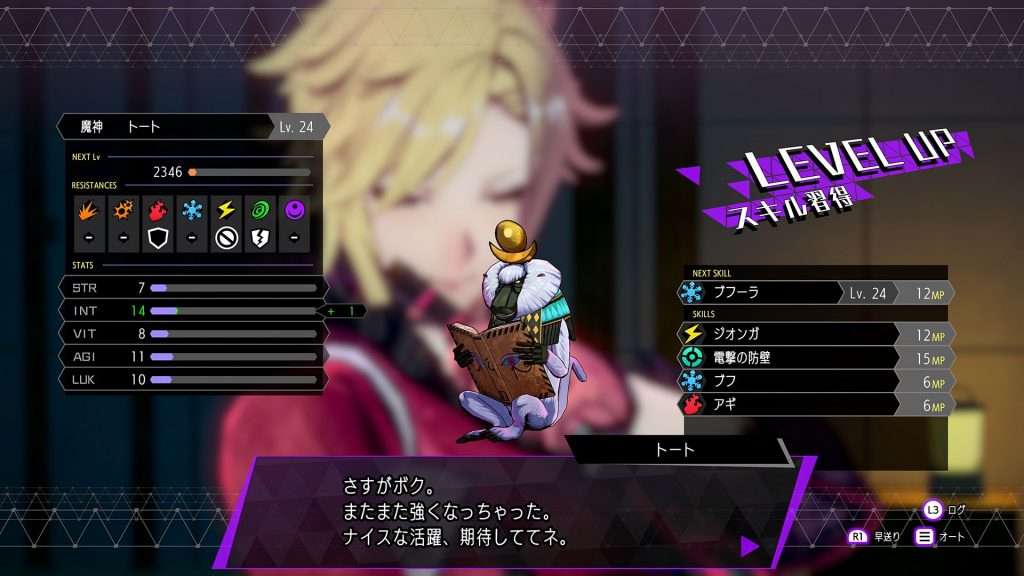 In Hanaraku-cho, where the downtown area spreads out, there lies Club Cretaceous. Here, difficult occult cases that only Devil Summoners can solve gather, and the owner, Madame Ginko, is in charge. Take on various requests and hone your skills as a Devil Summoner. 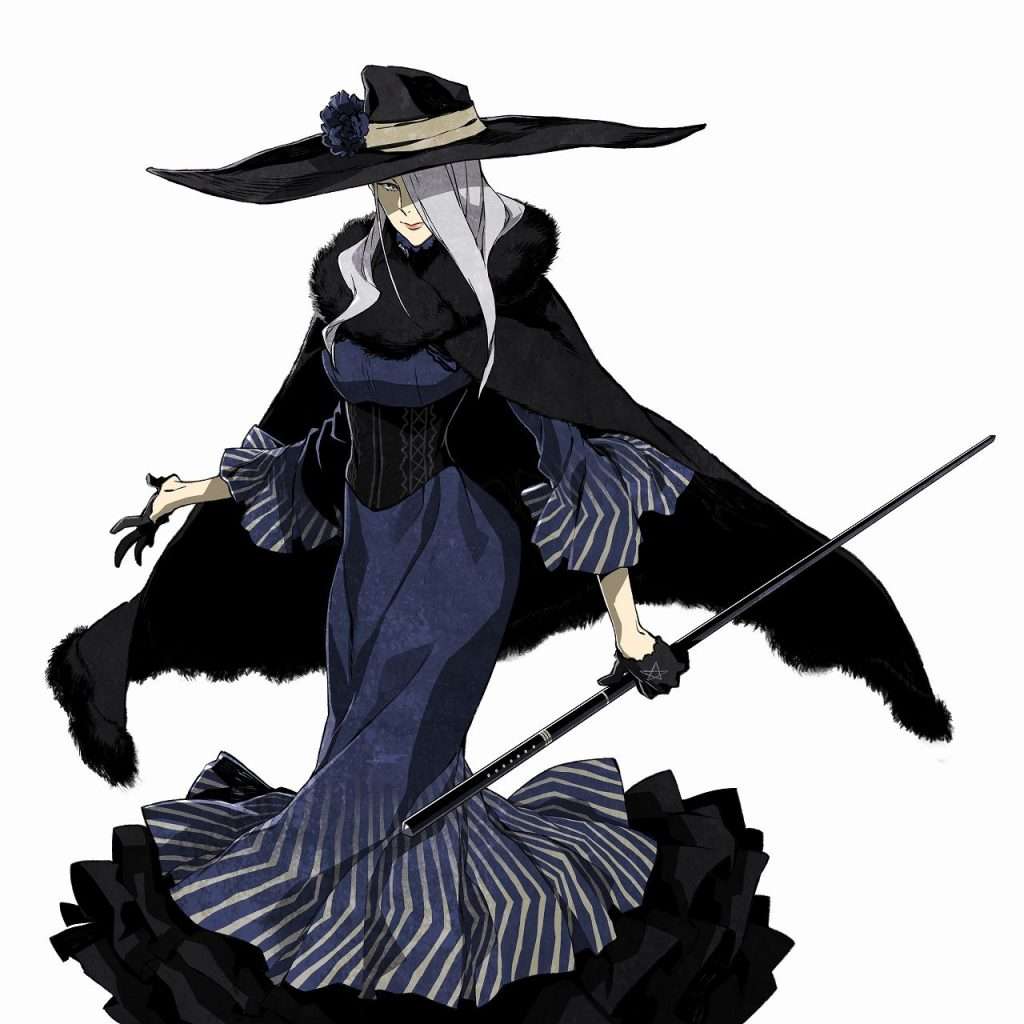 The owner of Club Cretaceous. Her appearance is that of a bewitching woman. She is calm, intelligent, and responsible. She seems to be a bridge between the surface world and the shadow one.