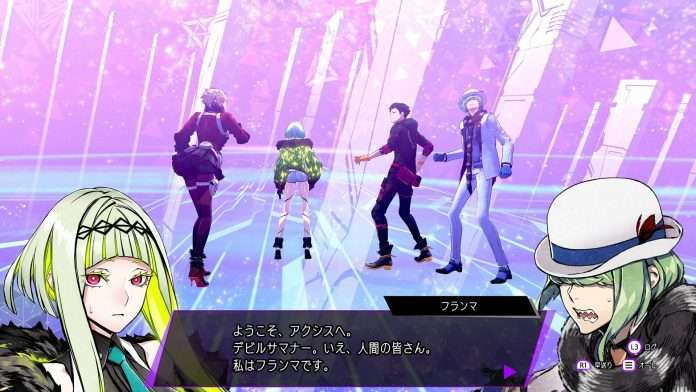 New screenshots have been released for Soul Hackers 2, this time revolving around information released in the Summoners Guide Vol. 5 video. This includes details on Soul Matrix dungeon and the Vision Quests.

Underneath the city lies an area called Axis, which is used as Aion’s base of operations. When visiting Axis, you can talk with the Aion representative agent, Flamma. 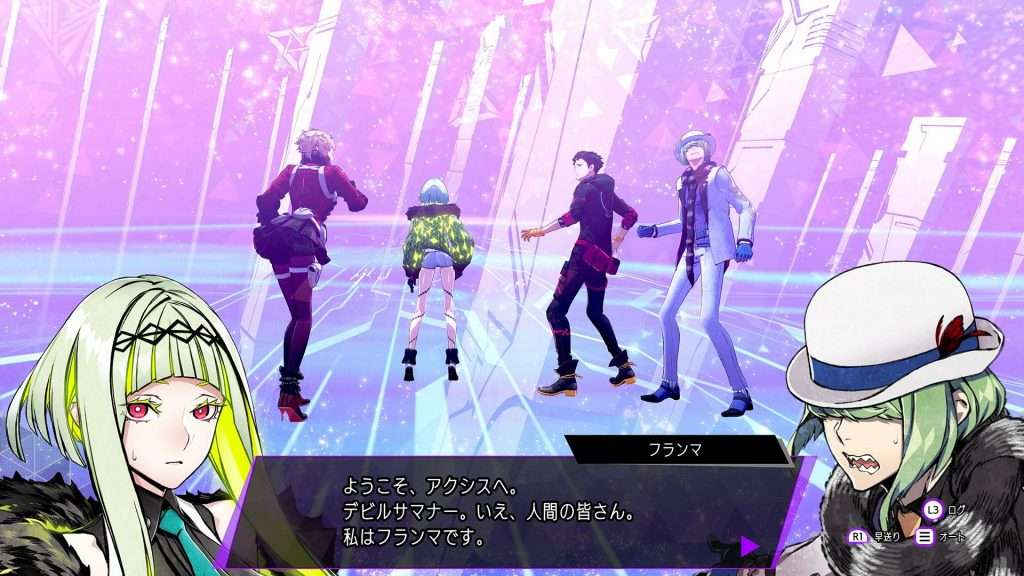 In Axis lies an area called Soul Matrix, with dungeons linked between allies including Arrow, Milady, and Saizo.

This is a space that reproduces Ringo’s mental state, and the more she increases her Soul Level and mutual understanding with a particular partner, the deeper she can explore the area.

Enemies will appear within the Soul Matrix, which you can use to strengthen your party. Additionally, by diving deeper, Vision Quests will occur, giving you a glimpse into a partner’s past.

Understanding and conquering your companions in depth will make Ringo stronger.

Aion Orders are missions that can be taken at Axis to fulfill within the Soul Matrix. The contents of these missions vary, and they can include requirements like defeating certain enemies or collecting and delivering items under special conditions. By clearing these orders, you will receive various benefits.

When the bond between an ally increases and the Soul Level reaches a certain level, the player can learn Summoner Skills in the Soul Matrix. The effects of these skills vary, from strengthening stats to increasing the number of stacks during a Sabbath. When your Soul Level increases, make sure to visit the Soul Matrix.

In the Soul Matrix, as well as other dungeons, very dangerous “Risky Enemies,” which are different from ordinary enemies, may appear. Because of their extraordinary strength, it’s best to avoid fighting them at all, if possible. Additionally, they don’t get knocked down when slashed at in the overworld, so be very careful when you see them, and be prepared if you have no other choice but to fight them.

Some of the Demons

An introduction of some of the supporting cast demons that have been modeled for the first time in 3D for this game.