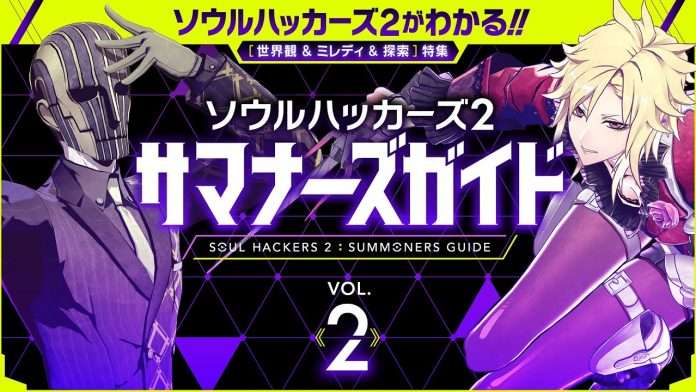 Atlus has announced the second entry in the “Summoners Guide” video series for Soul Hackers 2, set to release tomorrow, on April 25th at 8:15 PM PDT / 11:15 PM EDT / Other Time Zones.

Presented by the main character and agent of Aion’s Ringo (voiced by Tomoyo Kurosawa), this series of videos aims to guide you through the world of Soul Hackers 2. In this second installment, Ringo introduces dungeon information including demon search, and key words like “Great Existence” and “Covenant.”

The first volume of the Summoners Guide was released on March 28, featuring combat and the character Arrow.