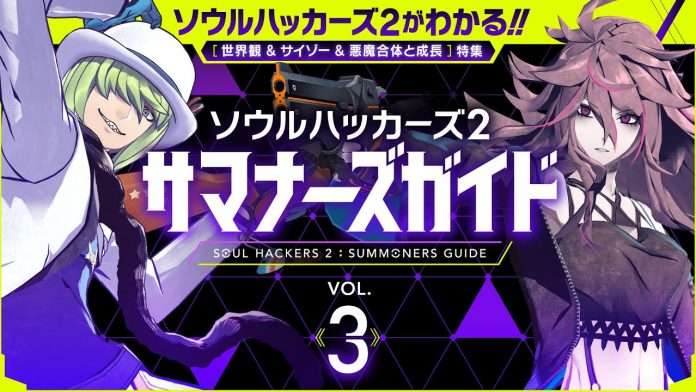 Atlus has announced the third entry in the “Summoners Guide” video series for Soul Hackers 2 is set to release tomorrow, on May 11th at 8:15 PM PDT / 11:15 PM EDT / Other Time Zones.

In this third installment, Ringo will be introducing demon fusion and growth factors, summoners operating in the shadows, and Saizo (whose character trailer was recently released).