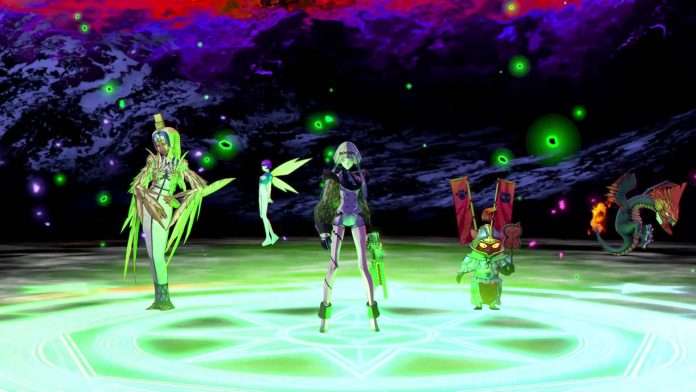 A new update for Soul Hackers 2 was announced at the beginning of October for November, which would include various changes to make the game easier to play as well as new additions.

Today, Atlus West has announced that the 1.02 patch for the game has been released.

The patch notes can be read below.

A “Dash” function has been added to Ringo’s movement.

The user can toggle between “Normal” and “Dash” at will. While in Dash Mode, Ringo’s walking and slashing speeds will increase.

Due to the addition of the dash function, the effect of the Summoner Skill “Assassin’s Steps” has been changed to: “For a given distance, enemies will ignore Ringo.”

A “Speed Up” mode has been added to battles. Players may freely toggle between normal and high-speed combat.

Changed the flow of on-screen prompts during soul level increase to reduce the risk of incorrect input from accidental button presses.

Added the ability to teleport directly to shops from the City Map.

Note: The above bonus demons do not count toward the Registration Percentage in the Demon Compendium or the achievement “Compendium Completionist”.

Q: Please tell us how you evaluate the status of new titles launched in Q2.

A: Currently, sales of “Soul Hackers 2” are struggling as it hasn’t reached to the expected sales level. However, we believe it is a title that can be sold over the long term, so we will continue to aim for sales expansion through updates and other measures in the future.