Question 47 in the survey released by Square Enix asks the following:

If Persona 5 and Final Fantasy XV were released at the same time, which would you prefer [to buy]?

The possible answers are:

If Persona 5 is selected as the preference, the following question 48 asks for the reason behind the choice. 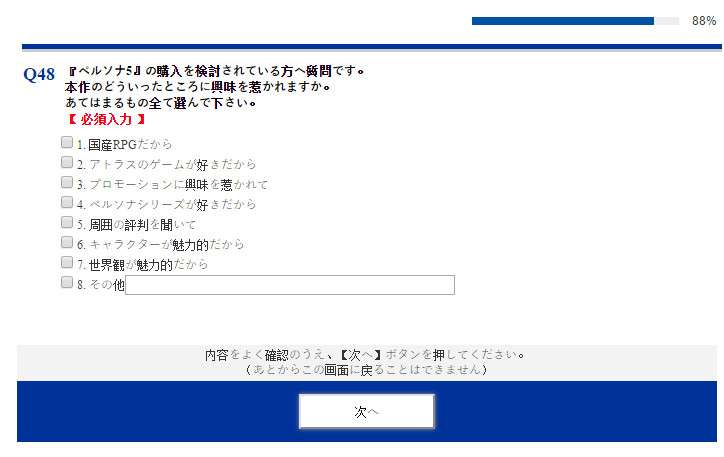 The possible answers are:

Because this survey question specifically compares Final Fantasy XV with Persona 5, it suggests that Square Enix is considering the effect of both games releasing alongside each other—with Persona 5 slated for a Summer 2016 release date in Japan—and gauging how the preference among fans compares with their upcoming RPG to Atlus’.

Persona 5 is slated to be released for the PS3 and PS4 in Japan in Summer 2016, with a 2016 North American release date. Final Fantasy XV is set for release for the PS4 and Xbox One in 2016.