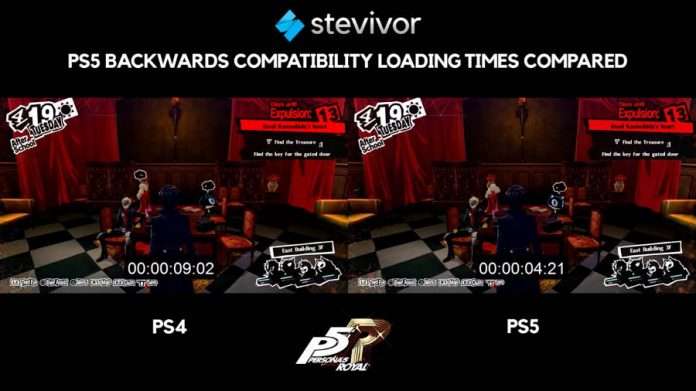 The press embargo for the upcoming Sony PlayStation 5 console was lifted earlier today, resulting in a slew of videos showcasing the PS5’s UI experience and performance. One of these is a comparison video between the loading time of Persona 5 Royal on the PS4 Pro against the PS5 by Stevivor.

One of the highlights of the PS5 is its custom 825GB SSD, which will offer much faster loading speeds for its games. Stevivor compared the loading time of several games running on the PS4 Pro compared to the PS5, including Persona 5 Royal.

According to Stevivor, the PS4 Pro loading time for P5R was 9:02 seconds, compared to more than twice as fast at 4:21 seconds on the PS5.