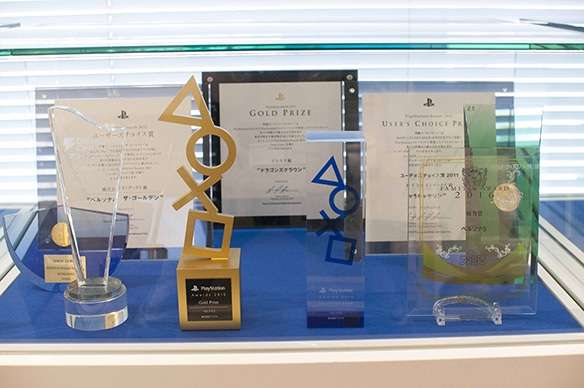 On July 5th, Atlus released their fifth diary report for Studio Zero, focusing on the work involved in being a project manager and how the team’s staff member in that role started working at Atlus.

This time, this will be delivered by project manager [Akiyasu] Yamamoto.

Because it may not be as familiar as other job types, I will explain the work involved in being a project manager (PM).

It is very rewarding work to be able to participate from the beginning of a game project and to deliver a game that they can enjoy to customers, while overcoming various obstacles with the development staff.

20 years ago, my mindset was “I like to play games,” and “I want to be involved in game development.” I sent a resume to all the game companies that were hiring, listed in a part-time job information magazine, and it was Atlus that picked me by chance. As a quality assurance tester for a Sega Saturn game (“Devil Summoner: Soul Hackers”), I had grasped the job for this game and was shocked. “So this is an RPG!” I got to my current job position through a debug manager.

I was in charge as a tester for Soul Hackers in the “event” group. It required work such as checking if there were any errors in text or scenario development, so we basically weren’t asked for opinions about the game’s development. The battle team’s testers were called in to the meeting place and I heard that “Hashino, of development, will be asking opinions on the balance,” and I thought, “But it’s the same part-time job!” I had the kind of reaction where I was envious about our different relevance to game development.

I wrote requests for improvement to the event production team, and bothered the director on the development side with debug sheets at the time. I remember this as if it was yesterday, and I’m still embarrassed by it to this day.

As the production process ramps up, it is unlikely that event production will change after the debugging period begins, and bugs should be reported before writing a request. I realized that after the next project. At the height of completion for the Soul Hackers ROM, I wrote requests to my superior and the development side for a few months, with the dream that I would receive an hourly rate for my work sending feedback. (It might be that I wasn’t able to read the atmosphere because of tunnel vision…) Also, I heard Hashino’s name at that time, but it was a while before I could make contact with him on the job. So, 20 years later, I am grateful that my life has been blessed to be able to work with him to create a new IP.

There are many Atlus staff members—not just in Studio Zero, like myself—who first joined as a part-time job. Those who are inexperienced, but still feel that “I love games” or “I like interesting things” can apply for a part-time job to join the company. Available roles include assistant project managers, designers, and debugging staff.

For those who are already experienced, we are looking for mid-career recruitment for Studio Zero. If you like games, or fun things, why not join to make interesting games together at Atlus? We are waiting for you to enter to Studio Zero from here!

Additionally, the project manager job is being recruited by the entirety of Atlus!

We are also looking for new graduates to recruit! (The deadline for graduate recruitment was on Monday, July 31, 2017)

Translation help thanks to @MysticDistance.