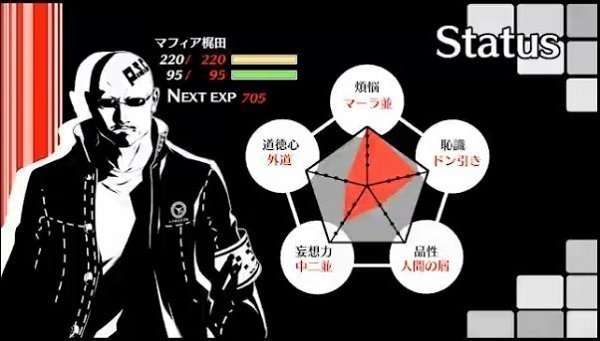 The second episode of Persona Stalker Club aired on March 27 and Siliconera has written a summary of what went on during the episode.

Certain questions were asked by the fans and answered by the Persona Team themselves:

The first fan’s question asks: “Where exactly are Jiraiya’s eyes located?” Is it the shuriken-looking part or the circular parts that would make it look like frog eyes?” According to the Persona team, the eyes are actually located right below the two shuriken parts.

The next question is: “What song does Yosuke listen to during combat?”

Kajita believes that Yosuke is probably listening to some kind of music to pump him up for the fight. The Persona team reveals that Yosuke actually listens to western and Japanese music, along with soundtrack from films and more.

Finally, the last question asks why Mitsuru’s father had an eye-patch. The reason behind it is that he was actually assaulted by Shadows while investigating Tartarus, and received a nasty wound.

The rest of the summary can be found on Siliconera.