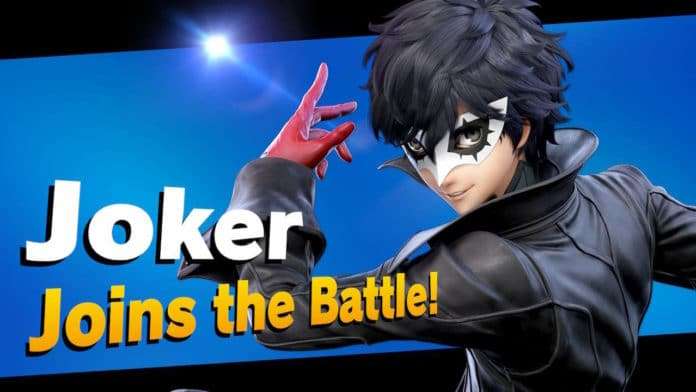 Version 3.0.0 for Super Smash Bros. Ultimate was released on April 17th, including Challenger Pack 1 featuring Persona 5‘s Joker. Below is some of the Persona related media from the update.

A video featuring all of Joker’s taunts, idle poses, and win poses.

The Persona 5 themed Spirits available in the game, included in the DLC “Spirit Board.”

The new music arrangements from the Persona series, included with this update, are the following:

Beneath the Mask (Persona 5)

An arrangement by ACE’s Tomori Kudo, who has worked on the Xenoblade Chronicles series.

An arrangement by Yusuke Yamauchi, who has worked on other Super Smash Bros. Ultimate arrangements.

Aria of the Soul (Revelations: Persona)

An arrangement by Mitsuhiro Kitadani from Bandai Namco, who has worked on Pokkén.

There are 11 tracks in all:

Pictures of Joker’s alternate costumes and the different variations of the Mementos stage can be found in the previous post.