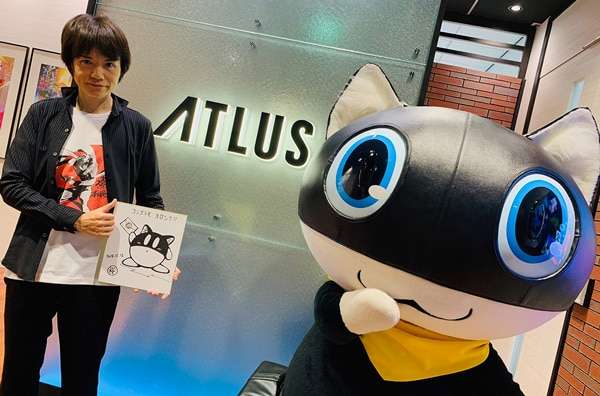 On December 6, 2018 at “The Game Awards 2018” in Los Angeles, the main character of Persona 5—Joker—was announced as a playable fighter in Super Smash Bros. Ultimate.

The creator of Super Smash Bros., Masahiro Sakurai of Sora Ltd., visited the Atlus office for the first time. In a special video, he discusses many of his thoughts on Persona 5.

Persona on the Playstation1 but goes back to SMT. Specifically mentions Persona 3 as the start of the “Stylish” (Modern) Persona games.

The colours and style stood out. Compared to Persona 4, which was colourful, Persona 5’s colours, mostly red, might initially appear bland in comparison. However, it was really impressive especially with the presentation and style.

The Menus. Goes into depth at how they are very unique among the industry. (He really loves them.)

Q4. You said in your column that you really loved Persona 5.

Talks about a lot of things. Mentions the characters being very lively and states its a staple across the series.

Everyone. Only social link he didn’t max is Yusuke. Didn’t expect the game to finish in December and even loaded an older save to see if he could max it out but to no avail.

Q6. So, you like to play games with one attempt?

He wants to see all the events. (Some more translation needed.)

Q7. Why did you get into Persona?

The battle system is thrilling. The mechanics make the experience really fun.

He bought the CD’s and listened to them a lot.

They take a long time to finish. You have to prepare yourself and commit. Mention Persona Q2 also.

An illustration by Sakurai of Kirby as Morgana. 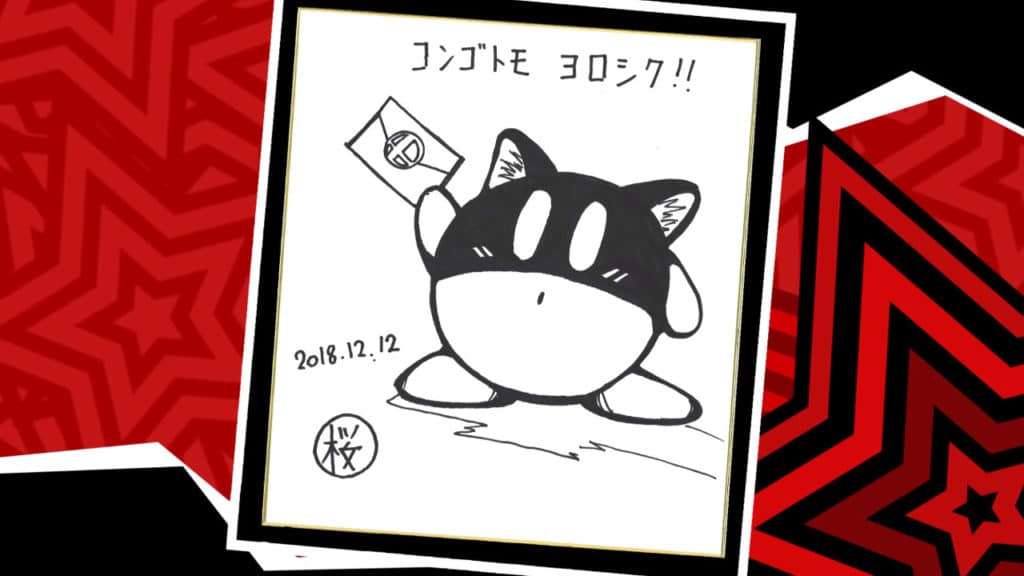 In December 2016, Sakurai made several positive comments about Persona 5. Sakurai recently commented on the current development progress of Joker in Super Smash Bros. Ultimate in a Famitsu column.

Joker will be the first DLC “Challenger Pack” for Super Smash Bros. Ultimate, including the playable character Joker from Persona 5, a stage, and a collection of music. This pack will be released next year.