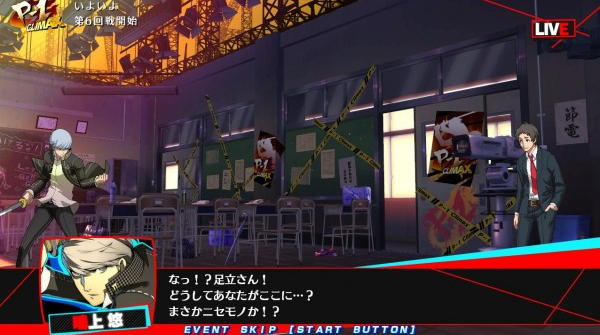 Via the usual Famitsu leaks, Persona 4 character Tohru Adachi has been confirmed as a playable Persona 4 Arena Ultimax character.

Adachi will be a DLC character bundled with first-print run copies of the game in Japan. His Persona is Magatsu Izanagi and he will have his own story episode dubbed “Episode Adachi.”