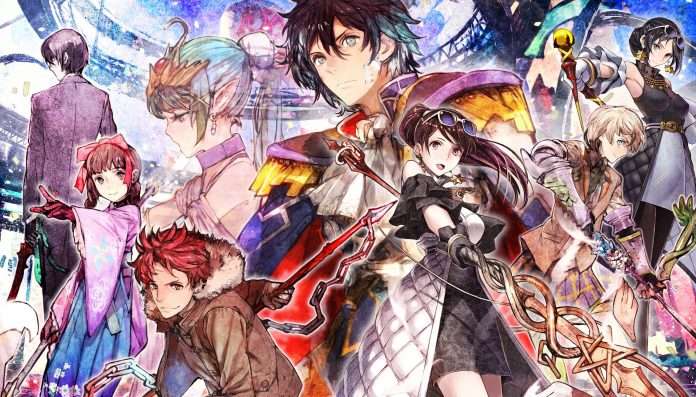 The official Japanese website for the upcoming enhanced Switch port Tokyo Mirage Sessions #FE Encore has been updated, introducing the various aspects of the game including the story, the cast, and the game’s systems.

Alongside this, Nintendo has released several videos giving an overview of the game.

A video showing off the main characters, the Mirage Masters who battle in secrecy while maintaining a front as celebrities who work for the Fortuna Entertainment entertainment agency. The video features newly recorded voice acting.

An introduction of the battle system, with details including how to operate with the “Sessions” follo-up attack system from allies.

A “Session” occurs when you attack an enemy’s weak point in battle, which allows for allies to follow up with an attack. In the Switch version of the game, Tiki, Maiko Shimazaki, and Barry Goodman who did not participate in combat before will be joining in the Sessions.

The “Battle” page on the official website includes multiple new videos showing off the game’s battle system. One of these shows off Maiko participating in a Session.

As you advance in the main story, you will be able to play the “EX Story” added to this Switch version of the game. In it, the group of characters will “find new possibilities.” While battling Mirages in the new dungeon, they will find new opportunites to fulfill their wishes and dreams. New items and songs will also appear.

Costumes for use in battle scenes are one of the highlights of Tokyo Mirage Sessions #FE. Encore features collaboration costumes with other titles such as Fire Emblem: Three Houses, and new costumes from the new song “She is…” which was not in the original.

Additionally, the Wii U version’s downloadable content “Tokyo Millennium collection” and “Collaboration Costume Set” are included in the base game this time.

There are more collaboration costumes which have not been introduced yet, and that will be shown in a follow-up report.

From the Wii U versions downloadable content: “Tokyo Millennium Collection”

The Switch version of the game has a new “Quick Session” function which, when turned on, will speed up battles with shortened Session sequences. Additionally, a mini-map has been added to make navigation in the world easier. The transition from the map to combat has also been made faster.

Furthermore, the downloadable content “Support Quest (set of 3” from the Wii U version of the game will be included in the base game. If you challenge these quests, you will be able to quickly increases the characters’ levels and the skill level of their weapons, so it is recommended for those who want to have an easier time.

After the game is cleared in a second playthrough, the main character Itsuki Aoi can be removed from the party, so you can tackle battles with your favorite party.

Nintendo has begun promoting the game in regions outside of Japan, with Nintendo of Europe posting several Tokyo Mirage Sessions #FE Encore clips on Twitter showcasing the game’s new elements:

Get a little extra help in battle from Tiki, Maiko and Barry, who can now join chainable Session attacks in Tokyo Mirage Sessions #FE Encore on #NintendoSwitch. pic.twitter.com/7MgSOm4ekW

In a hurry? If you turn on ‘Quick Session’, you can speed up Session Attacks for faster battles…if you really, really want to. pic.twitter.com/JYX5KW9viZ