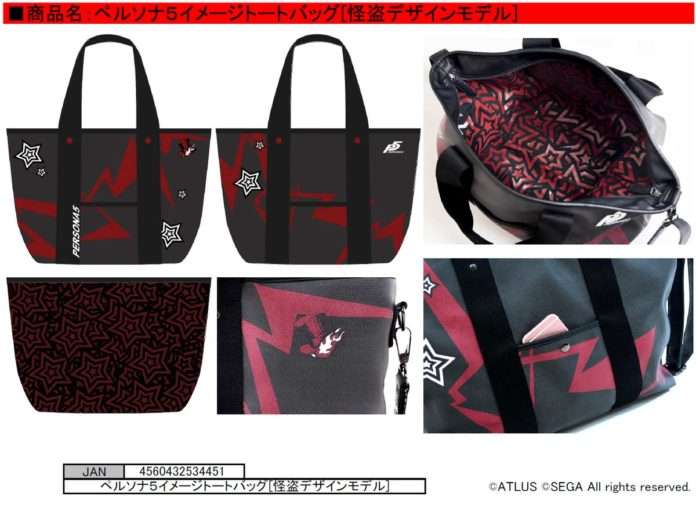 AnotherAngle, a fictional character merchandise brand, has announced that they will be releasing two tote bags for everyday use, designed after Persona 5.

The bags are scheduled to be released in March 2018.

A replica Shujin Academy bag from Persona 5 was announced and released earlier this year, from Cospa.