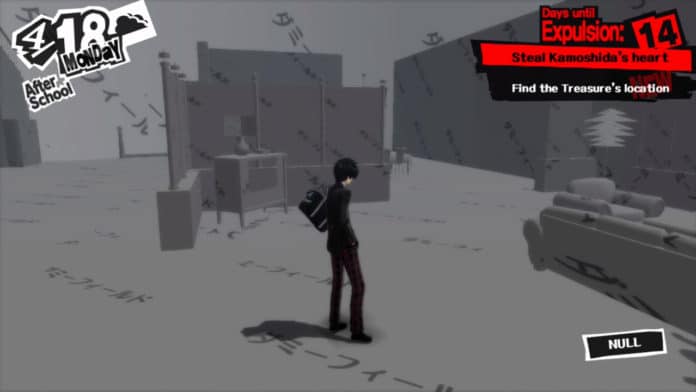 Update (2017-09-12): What appeared to be an Iwatodai Dorm map hidden within the Persona 5 game files was actually a fake, created with a model importer. There was never an unused map of this area within Persona 5.

Update on the Iwatodai Dorm discovery: It was not real field data, unlike the other video showcasing fields in the game. I'm sorry…

No other information regarding this has been unearthed. The Japanese text on the walls reads “Dummy Field.”

This map could have been implemented for testing purposes during the development of Persona 5, or it could be a map implemented in Persona 3: Dancing Moon Night, which features assets based on the Persona 5 modeling engine.

Another video by TGE demonstrates accessing fields in Persona 5 which the player does not normally have access to: