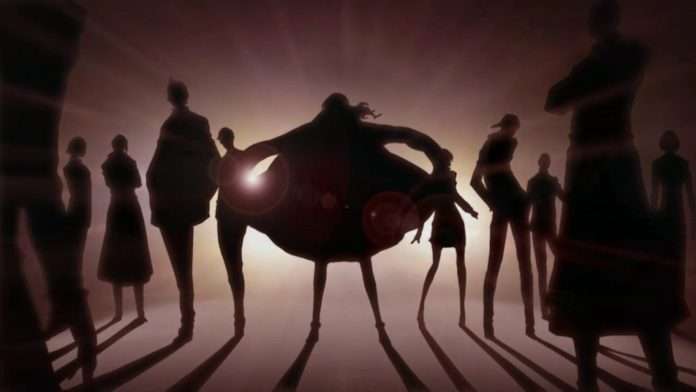 As anyone who’s played Persona 4 Arena to its conclusion knows, it left players with plenty of questions concerning where the plot could possibly lead to and how its cliffhangers would be addressed in the future, which is something I’d like to observe myself. Needless to say, I will be openly spoiling Persona 4 Arena’s story.

Despite the fact that each character in Persona 4 Arena, with the exception of Shadow Labrys, has their own story chapter that can lead to significant story contradictions between them, they all lead to a similar end: the Persona 3 crew, part of the Shadow Operatives, decide to hunt whoever was responsible for kidnapping and hacking Labrys (a person who apparently knows of the Shadow Operatives) while the Persona 4 characters reestablish the Investigation Team and vow to do the same on their end. The questions that are then raised at the end of the story mode are the following:

People have their own theories, but none of these questions have clear answers. The Malevolent Voice, for example, is strongly speculated to be Nyarlathotep, antagonist from Persona 1 and Persona 2, because of several similarities they share such as assuming the role of one’s Shadow, being knowledgeable of the Velvet Room and presumably manipulating Labrys when she was captured after trying to flee her island in 1999. What I really wonder is through what means the above questions will be answered, if they are at all. These are the options I can think of:

I would have guessed the first option a while back, but now that the Persona Team seems fully focused on Persona 5 and Arc System Works (co-developer of Persona 4 Arena) is focused on BlazBlue: Chrono Phantasma and Guilty Gear Xrd, I’m not sure there would be a sequel in a very long time, if it ever happens (somewhat surprising since P4A was one of the fastest selling fighting games in Japan).

The second could be possible, but I would personally not want a possible original story and cast in Persona 5 to be affected by Persona 4 Arena’s plot.

The rest of the options sound improbable to me, so it’s difficult to determine how Persona 4 Arena’s cliffhangers will be explained in the future.

I would try to take into account the time between Persona 4 Arena’s story and Persona 4 Golden’s epilogue (April 2013 – July 2013), but the one line Yosuke delivers during the epilogue referring to the crazy events during Golden Week is far too vague to reach any conclusion. Basically, who knows where the Persona Team wants to even go with P4A’s story. Maybe it was hastily written with no real plan to go anywhere with it? That would be surprising given that the story implications P4A brings are quite strong and it would be immensely frustrating for them to have not thought out how it would be continued. I’m looking forward to getting an answer one day.