Following the Wonder Festival 2016 Winter event in February 2016, the summer 2016 edition of WonFes has begun in Japan at the Makuhari Messe convention center on July 24.

Some of the pictures and information are provided via @HeeHawKun and @junes2f_hobby.

Originally announced at Wonder Festival 2015 Summer, the figure for Makoto Yuki from Persona 3 The Movie has been revealed by Max Factory. (picture via @RPGSite) 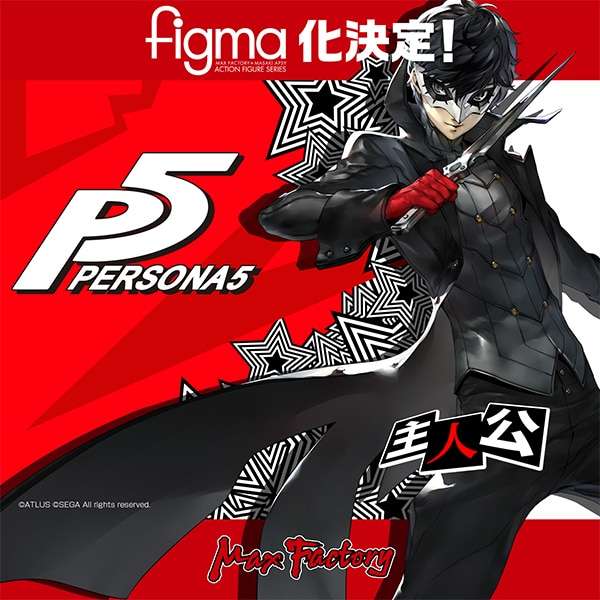 Max Factory has announced that they will be releasing a Persona 5 figma for the game’s protagonist in the future. 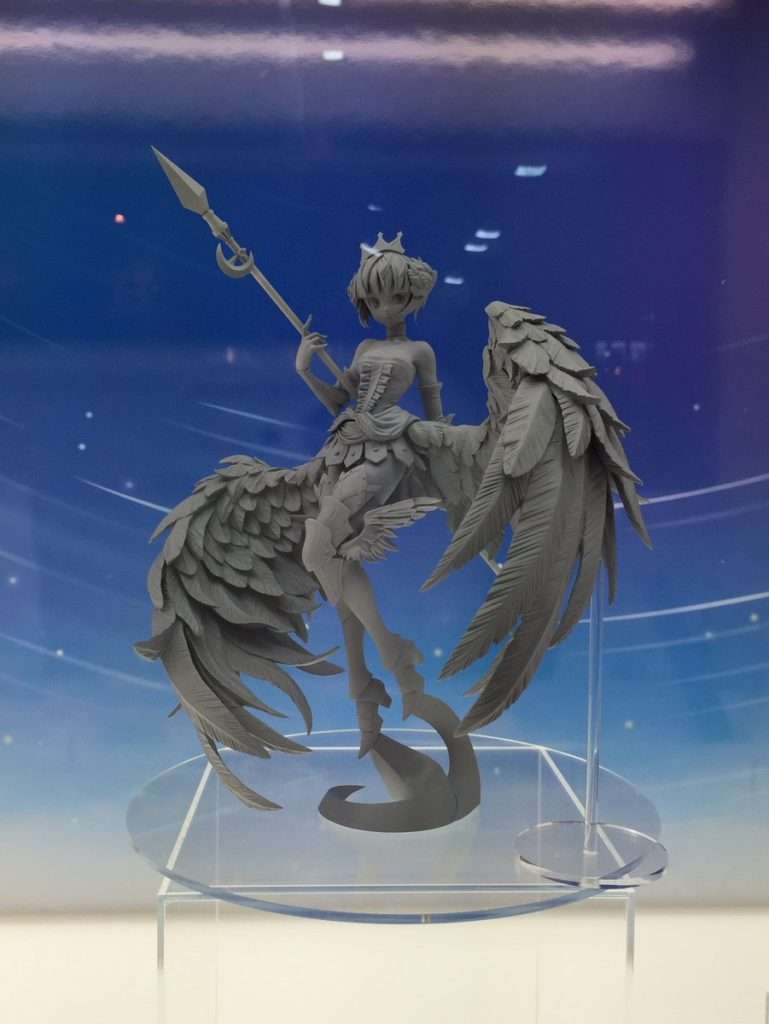 Alter has announced that they will be releasing a Gwendolyn figure in 2017. (via @figsoku)

A figure for Rise Kujikawa wearing her “Arabian Armor” costume. Modeled after the Persona 4: Dancing All Night large fabric poster of Rise first sold at Comiket 88 in August 2015. (via @amiamihobbynews)

The figure was first announced at Wonder Festival 2016 Winter for an August 2016 release, however it has been delayed to May 2017. 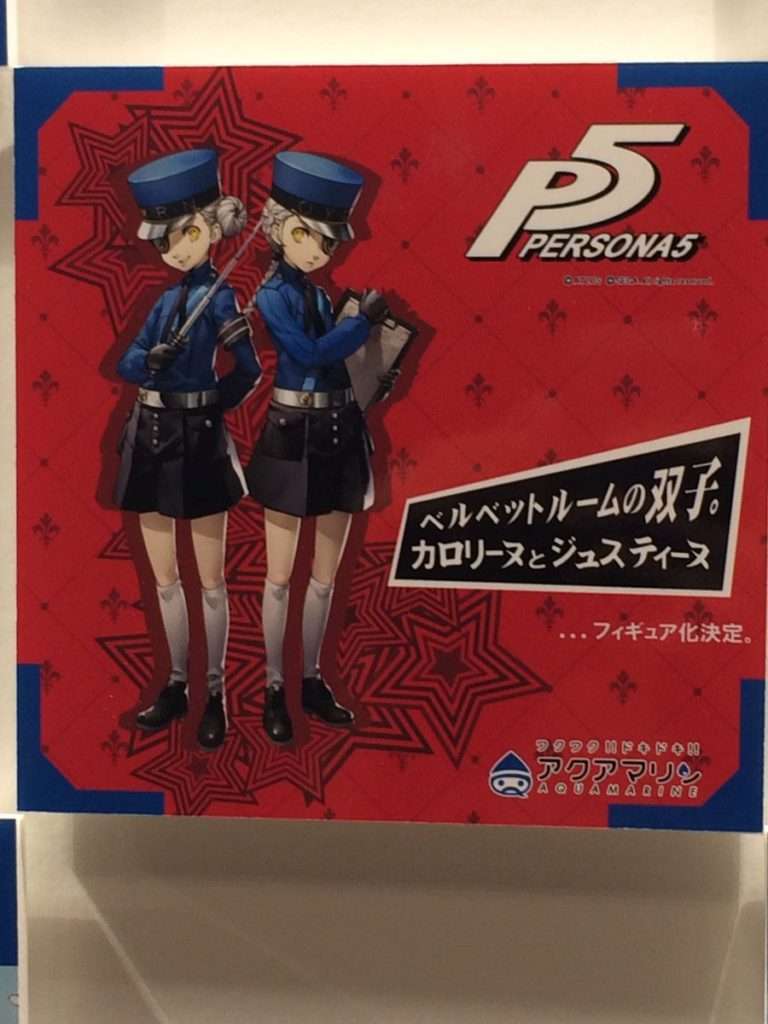 Aquamarine has announced that they will be producing official figures for Caroline and Justine, the Velvet Room twins, from Persona 5. (via @Epock_S_Rabbit) 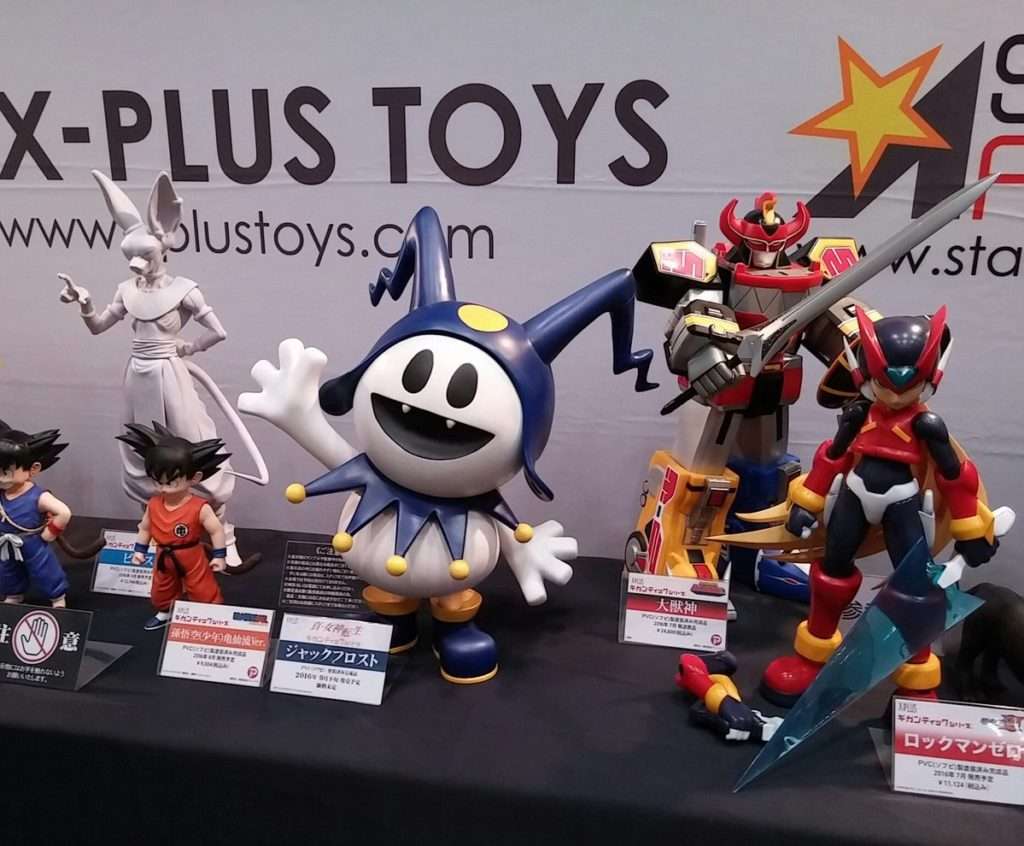 X-Plus Toys has announced that they will be releasing a Jack Frost figure from the Megaten franchise. (via @maruchipack) 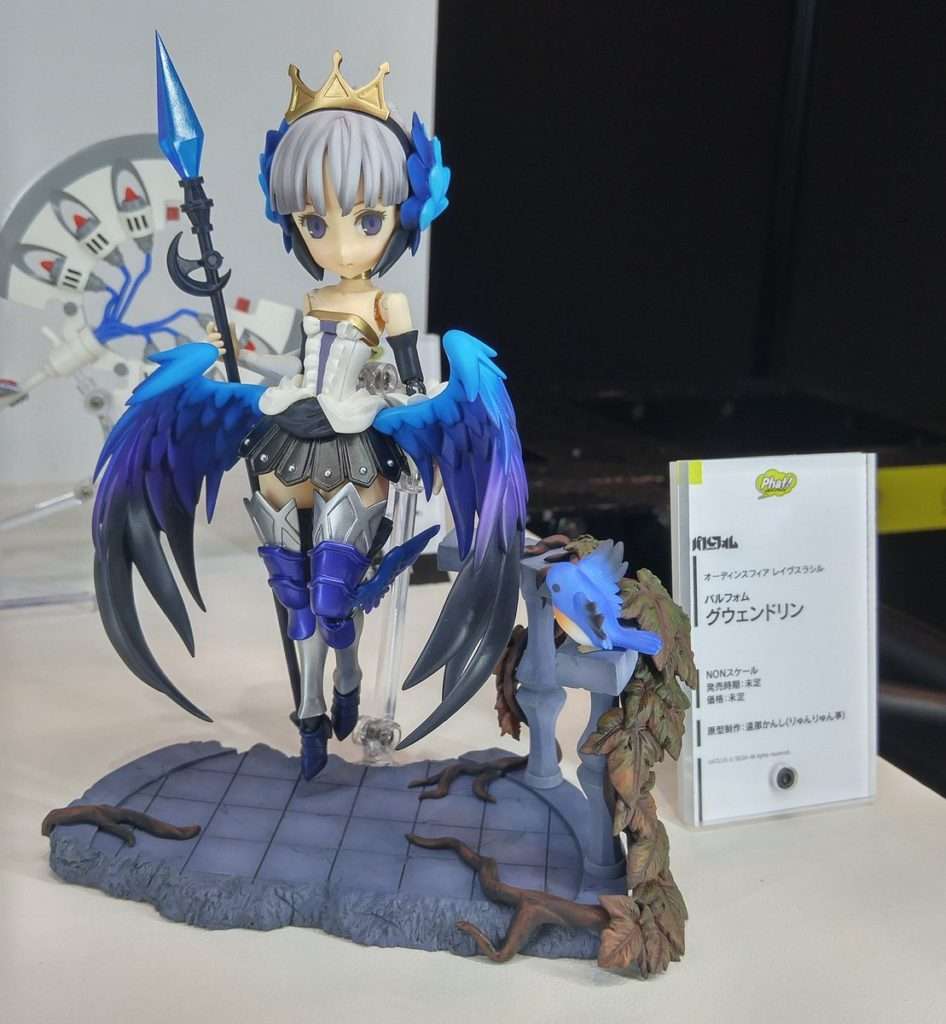 Announced in January 2016, Phat Company has shown off a painted version of the Gwendolyn Parfom figure. 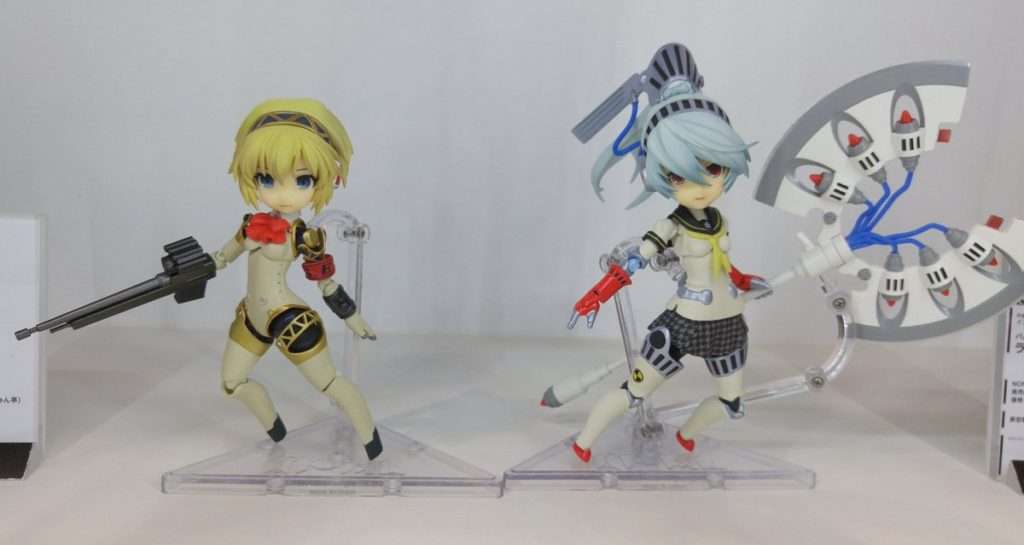 The Parfom Aigis and Parfom Labrys figures that have already been released are being shown off by Phat Company.

The previously revealed Persona 4 Arena Labrys and Unit #024 figures are being shown off. (via Dengeki) 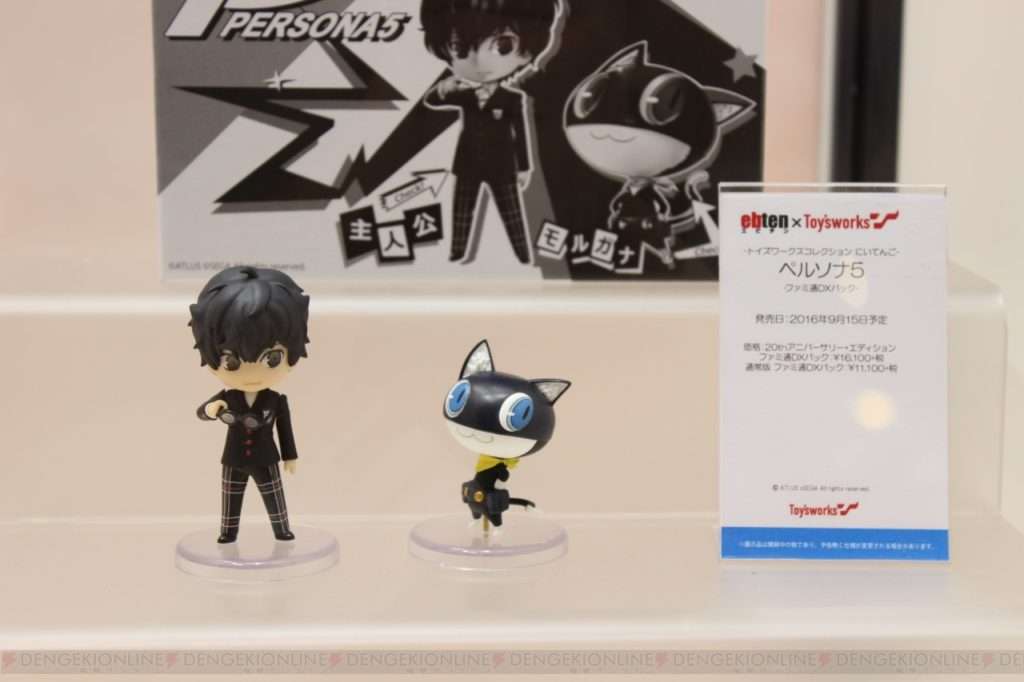 The Persona 5 protagonist and Morgana figures from the Famitsu DX Pack for Persona 5 in Japan are being shown off at the convention. (via Dengeki) 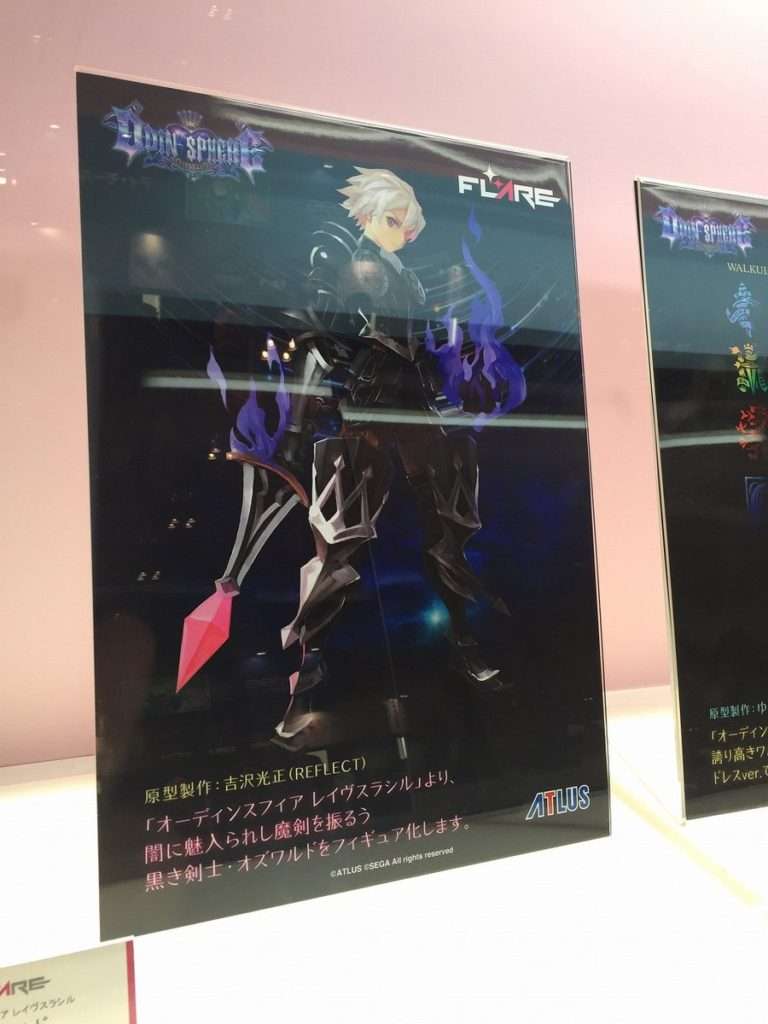 Flare has announced that they will be releasing an Oswald figure. (via @figsoku) 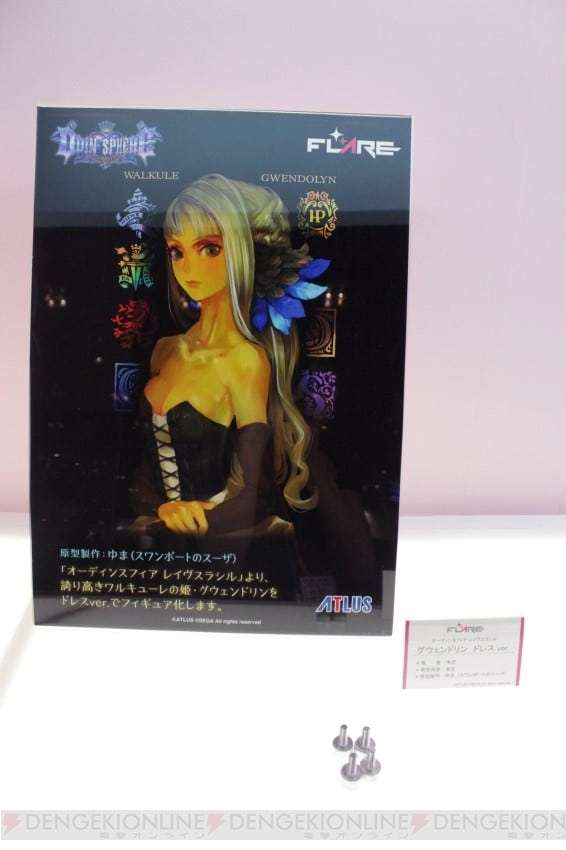 Flare has announced that they will be releasing a Gwendolyn figure. (via Dengeki)

Figures of Shinjiro Aragaki and Koromaru from Persona 3.

A figure of Akihiko Sanada from the Persona 4 Arena series.

A chibi figure of the Persona 3 protagonist.

A figure of the fairy Hanoun from Shin Megami Tensei II.

Varuna, who the hero Serph transforms into in Digital Devil Saga. The blades attached to the arms can be manipulated. 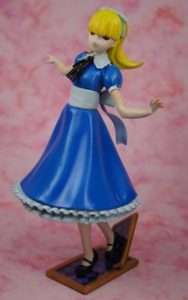 A figure of Alice, a demon from the Megaten franchise, as she appears in Persona Q: Shadow of the Labyrinth.

A figure of the demon Chironnupu from Shin Megami Tensei IV: Apocalypse. 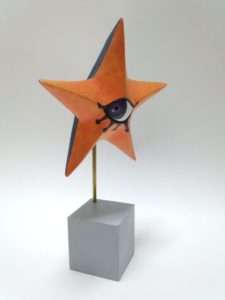 A figure of the demon Decarabia from the Megaten franchise.

A figure of the demon Slime from the Megaten franchise. It’s made with clear resin and phosphorescent powder, allowing it to glow in the dark.

A figure of the demon Kali from the Megaten franchise.

A chair with the Shin Megami Tensei series logo, with poltergeist demons clinging to it. Designed as a smartphone stand.

A figure of Alice and the cat Socrates from Odin Sphere. There are different parts for Alice’s face to depict her with eyes close and opened. 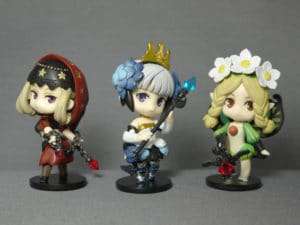 A set of Odin Sphere figures for Velvet, Gwendolyn and Mercedes. 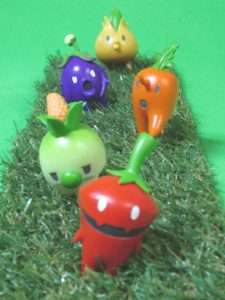 Figures of the Mandragora creatures from Odin Sphere, which can also be used as key chains. 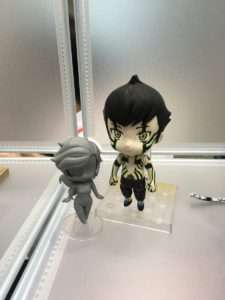 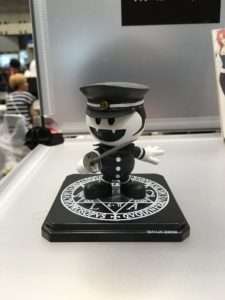 A figure of Raiho, a demon from the Devil Summoner series. 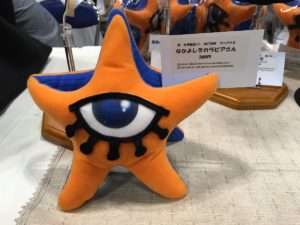 A plush doll of Decarabia, a demon from the Megaten franchise. 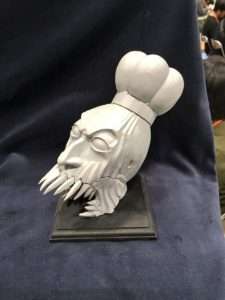 A figure of Alciel, a demon from the Megaten franchise.

A garage kit of Aigis in EXO mode from Lord of Vermilion Re: 2.

A garage kit model of the Persona 4 protagonist.

See the next page for independent garage kits that were sold at previous Wonder Festival events.