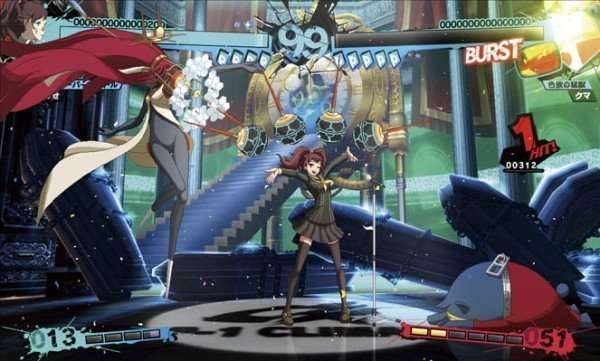 Persona 4’s Rise Kujikawa has recently been announced as a playable character in Persona 4 Arena Ultimax and the latest issue of Famitsu includes details on her involvement in the game.

Gematsu has translated the details from P4AU in the issue of Famitsu.

Rise’s story begins with her getting to work on making her comeback as an idol by attending lessons. When the red fog shows up Inaba one night, though, people start disappearing and Rise finds herself separated from her friends. Faced with recent danger, Rise awakens to a newfound resolve, and with her Persona Himiko in turn gaining a battle-ready form in the process. Her unique cheeky fighter title is written to literally be “Kanzen Hentai Super Idol.” Although it’s difficult to translate well because of its multifaceted nature that plays upon both her Shadow’s tendencies as well as her general growth as a character, it can humorously be translated literally to mean both “The Completely Metamorphosed Idol” and “The Completely Perverted Idol.”

Rise fights by using a microphone as her weapon, sending explosive musical notes as projectiles as well as using her analysis techniques to modify her attacks. The instant KO attack that Rise is called “True Story”, the song that Rise performs in Persona 4 The Animation and Persona 4 Golden. Her Shadow form also has unique lines of dialogue which accompanies her attacks, like the other Shadows.

Additionally, the Famitsu article provides details on the game’s story structure which is now split into two branches: “Episode P3” and “Episode P4.” Respectively, they convey the plot from the perspectives of the Persona 3 characters and Persona 4 characters.