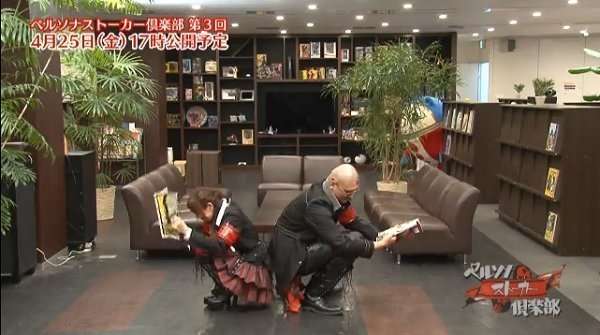 The third episode of Persona Stalker Club, the dedicated Persona talk show, will take place on April 25, 2014 and will include exclusive gameplay footage from Persona Q: Shadow of the Labyrinth and Persona 4 Arena Ultimax.

A promotional video for the third episode has been posted here, showing preview footage including blurry gameplay from Persona 4 Arena Ultimax, teasing a new character.