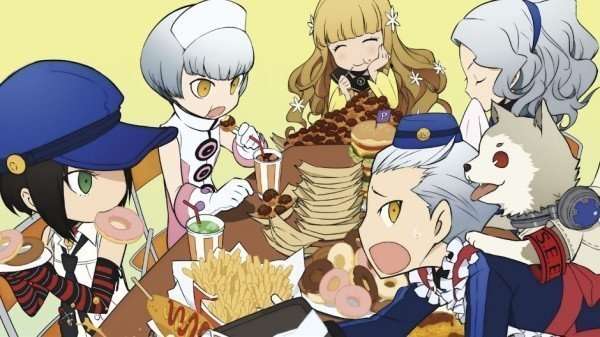 Famitsu brings details concerning the role Persona 3 characters Elizabeth and Theodore, originating from the Velvet Room, have in Persona Q: Shadow of the Labyrinth.

Elizabeth and Theodore from Persona 3 as well as Margaret and Marie from Persona 4 will reside primarily in the Velvet Room, like previous Persona games, assisting the player in various ways.

Every character will be able to enter the Velvet Room in Persona Q, unlike Persona 3 and 4 but similar to Persona 1 and 2. Elizabeth will have two main roles in the game: the first which consist of giving players certain tasks to fulfill, like she did in Persona 3, which will result in certain rewards once completed. Elizabeth’s second role will be as a nurse, healing players after their battles.

Theodore’s role consists of running the game’s workshop. Defeating Shadows in Persona Q will sometimes reward the players with raw materials that can be used to develop new equipment and items, which Theodore is responsible for carrying out.