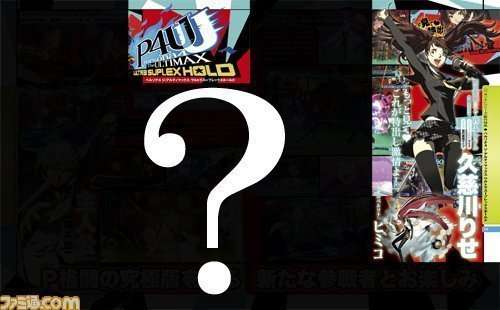 As announced on April 17, new details for Persona 4 Arena Ultimax have come out courtesy of Famitsu. It includes Rise Kujikawa as a new playable character, the game’s release date and a new game mode.

Persona 4 Arena Ultimax will launch in Japan on August 28, 2014 for 6,980 yen. First-print copies of the game will also include an additional scenario distributed as downloadable content.

Rise Kujikawa from Persona 4 will appear as a new playable character, and so will her Shadow.

Hinted at in the announcement of version 1.10, a new game mode called “Golden Arena Mode” will be added which features a tournament with RPG elements. Players will be able to level up their characters, learn more than 150 skills, customize their characters and build Social Links with the navigator. This mode will be implemented in the arcade version alongside the version 1.10 update on Friday.