Alongside the new items, a pop up store will be open in Harajuku between November 26, 2021 and November 28, 2021, selling new items with a Shin Megami Tensei V motif. 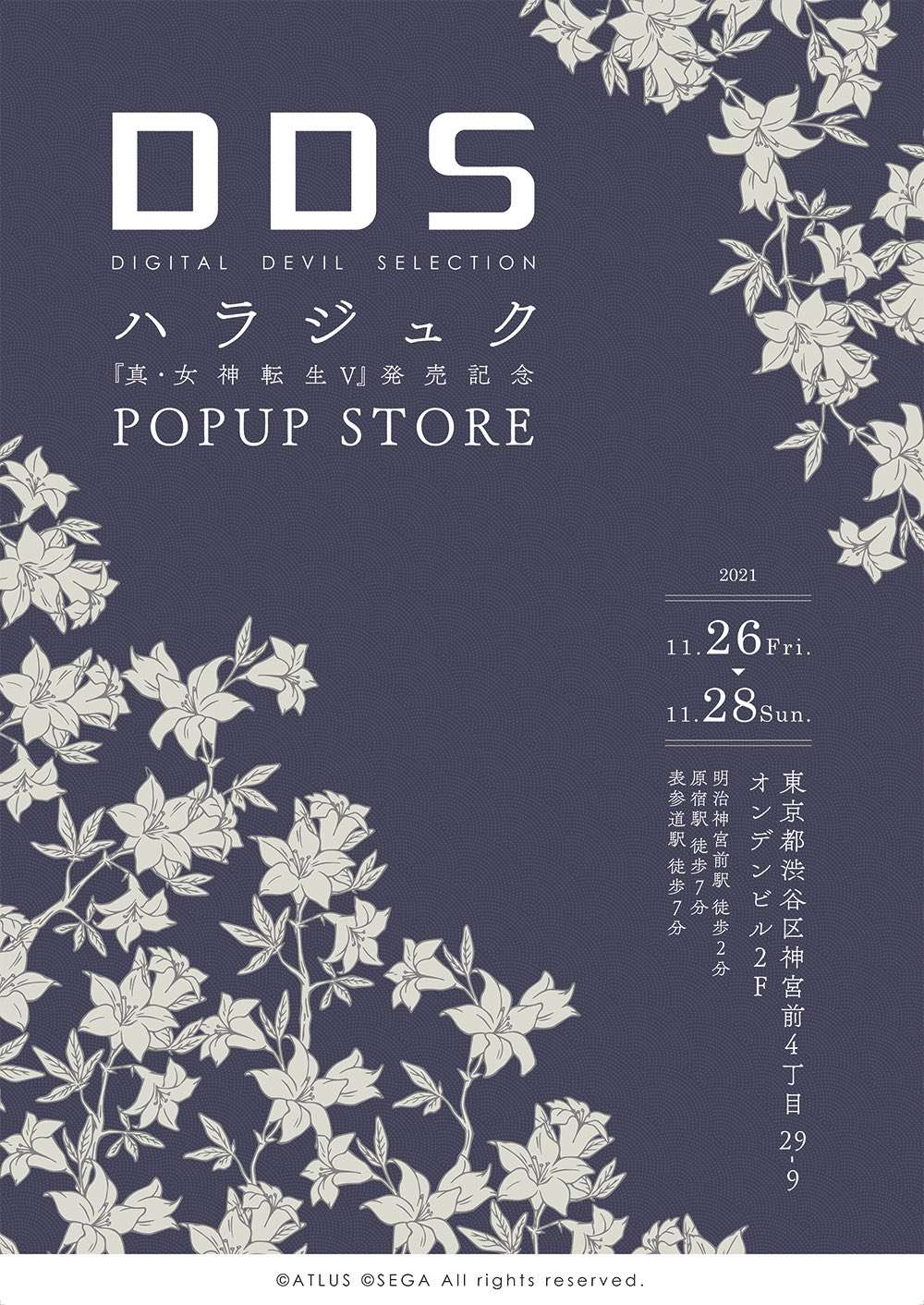 A ring featuring the design of the Jack Frost as redesigned for Shin Megami Tensei V. It is an entirely different model to the previously released Jack Frost ring.

A ring featuring the school emblem of Jouin Academy, where the protagonists of Shin Megami Tensei V attend, that serves as a symbol of the daily life before being involved in the collapse.

A ring that features the floral pattern of the Jouin Academy uniform, as worn by the main cast of Shin Megami Tensei V.  The ring is silver with an oxidized finish on the uniform part.

A necklace modelled after the sword which is the main form of attack for the Nahobino. A symbol of the power for the hero who has changed form from a high school student to a forbidden existence.  The resin blade is handmade so no two have the same pattern.

Previous collections from the Digital Devil Selection brand can be seen in previous posts: