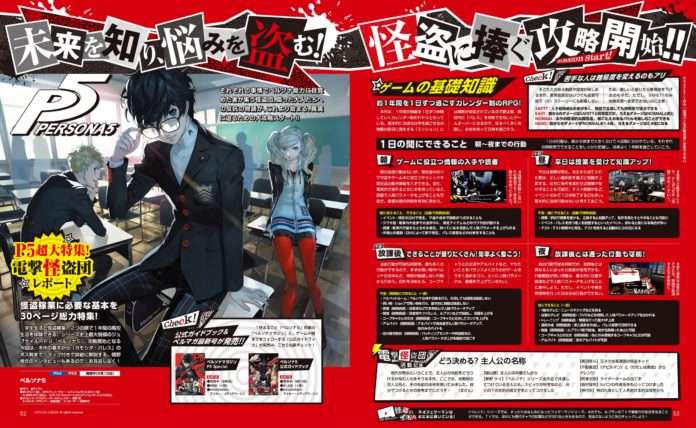 This week’s Dengeki PlayStation magazine Vol. 622 includes a 30-page launch feature for Persona 5, along with a cover illustrated by character designer Shigenori Soejima. 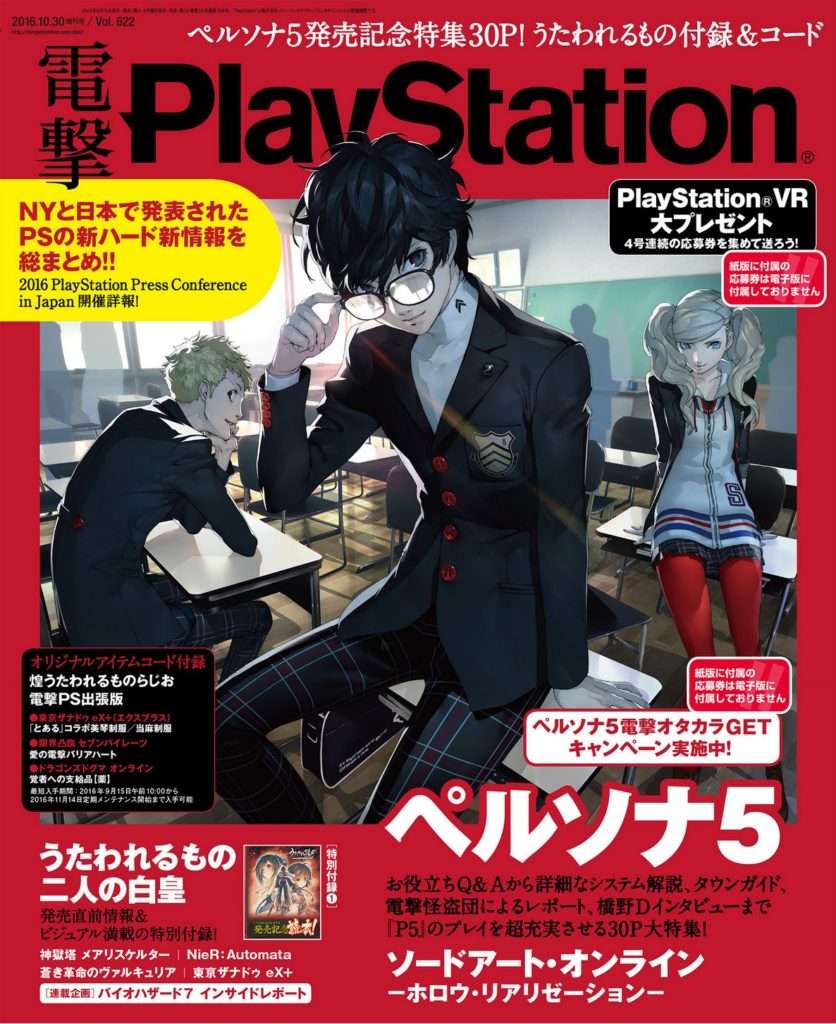 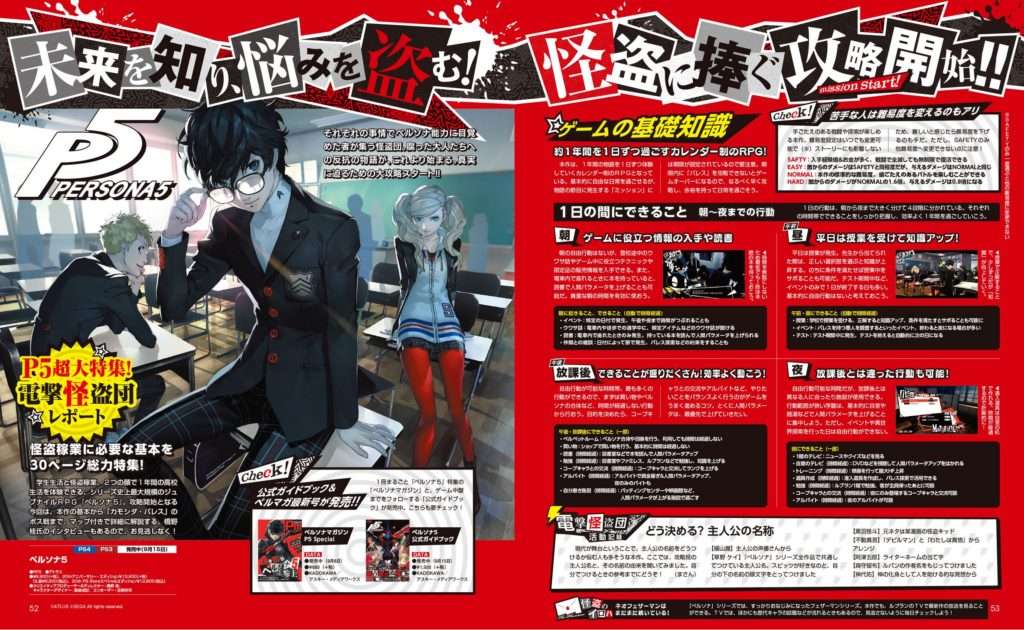 The feature has an overview of the early game in Persona 5, right until the end of the first dungeon.

It has a detailed map of the Yongenchaya region in the game, as well as a Q&A concerning the kinds of facilities that can be visited during the early parts of the game.

Combat information and how to take advantage of the “One More Battle system” by exploiting enemy weaknesses is included, as well as information on how to navigate early Palace dungeons, along with detailed maps.

There is also a director Katsuar Hashino “P&D” interview about the development of Persona 5 and various elements included in the game.

The next issue of Dengeki PlayStation, Volume 623 releasing on September 30, will include a 32-page booklet for Persona 5 in the appendix, as well as a special post card.