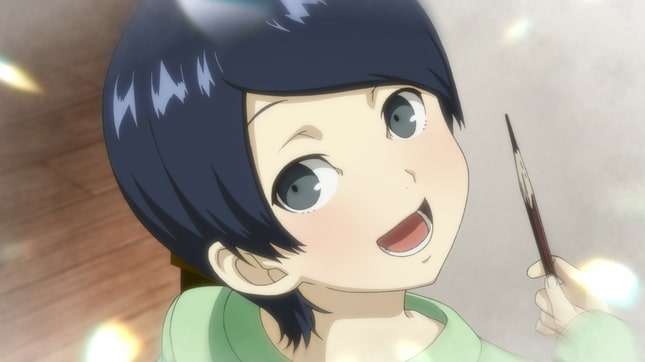 The seventh episode of Persona 5 the Animation, titled “He is my other self…” will be broadcast tomorrow on May 19th, and preview images for it have been released.

Ren and his friends confirm the existence of a Palace, and after knowing the truth behind Yusuke, decide that Madarame will be their next target. While Ren and Ryuji infiltrate the Palace, Ann acts as a decoy, taking the role of a model for Yusuke’s painting, and she discovers a certain thing in a vault at Madarame’s home.