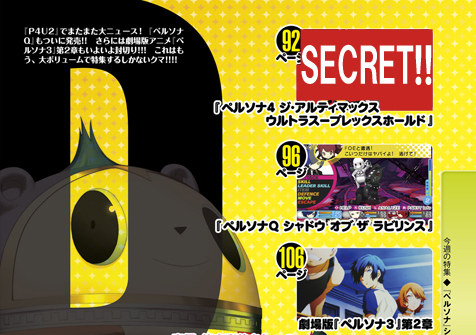 Famitsu has announced that their June 19, 2014 weekly issue of the Famitsu magazine—which is this week’s issue arriving on June 5—will feature more than 20 pages of content devoted to Persona, including Persona Q: Shadow of the Labyrinth, Persona 4 Arena Ultimax and Persona 3 The Movie #2: Midsummer Knight’s Dream. 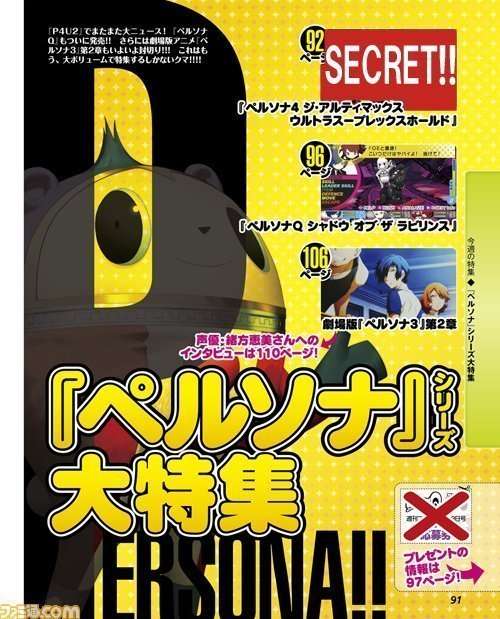 Included in the content of the magazine will be an interview with Megumi Ogata, voice of Ken Amada in Persona 4 Arena Ultimax.

The Famitsu article teases that the issue will contain “must-have” content for series fans, as well as a special illustration for its cover.