The next edition of the Persona Magazine was announced on January 28 for release on February 23, followed by an overview of the Persona 3 related content it would include.

Following this, a more detailed overview of what will be in Persona Magazine #2016 March has been revealed.

The cover of Persona Magazine #2016 March will feature Makoto Yuki for Persona 3 The Movie #4: Winter of Rebirth.

The magazine will include the Persona 3 The Movie #4: Winter of Rebirth themed cover illustration as a B2 sized poster.

A look back on the movie version of “Persona 3”

I Can’t Wait Until Summer!

A previous “World Analyze” feature for Persona 3 was featured in the special #S.E.E.S issue of Persona Magazine, included in the July 2013 issue of Dengeki Maoh released on May 27, 2013. 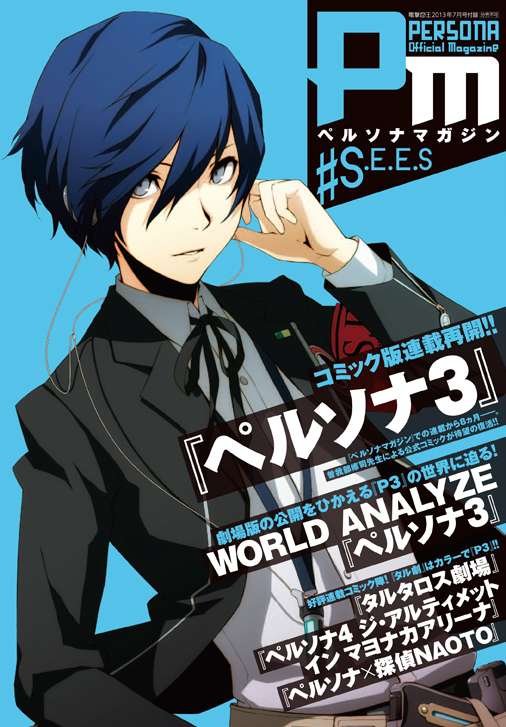