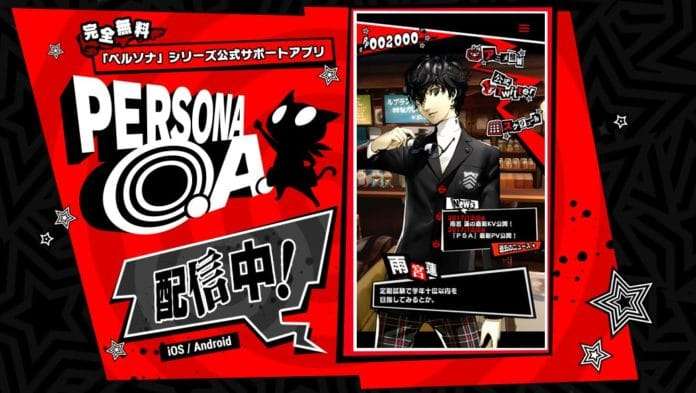 Previously, it was announced that the app would be released in Spring 2018.

Persona O.A. is an application dedicated to the Persona series. In addition to featuring the latest news, it features character conversation events which can be viewed through plaything through  a mementos exploration game.

The application will feature various content, including downloads, gifts and events which can be unlocked through spending “Persona Points,” which can be obtained in a variety of ways.

More features, such as using personas during exploration events and more conversations are planned to be added at a later date.

The first event to be tied to the app will be a lottery for a preliminary screening of Persona 5 Animation with a staff talk show. The event can be applied to by using the in-app points. 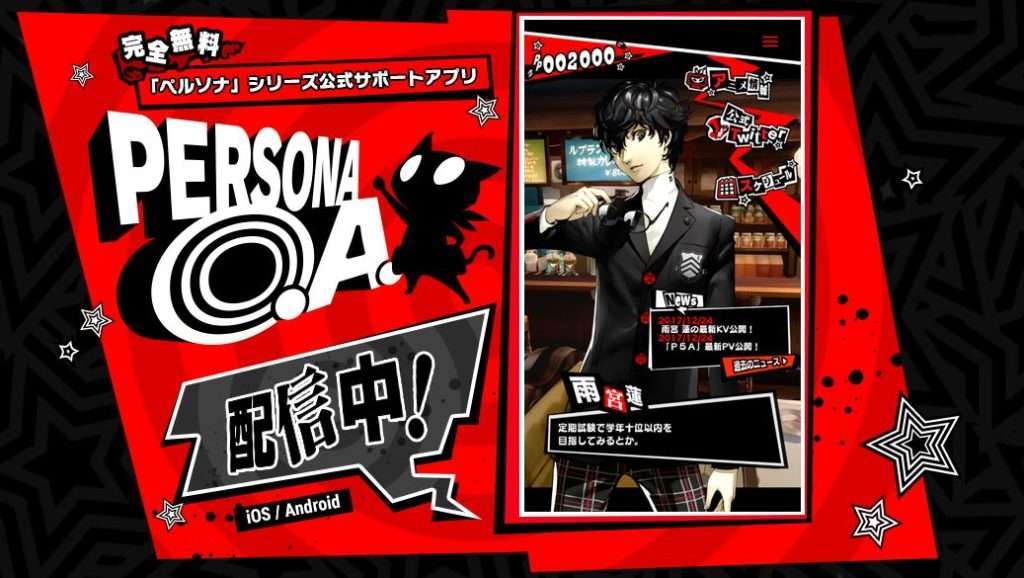