Atlus has announced that Shin Megami Tensei III: Nocturne HD Remaster has achieved over 250,000 copies sold in Japan and Asia since its release six months ago in those regions on October 29, 2020.

To commemorate this alongside the upcoming Golden Week, the game will be discounted at 25% off for a limited time on the Japanese PlayStation Store and Nintendo eShop.

SMT III HD debuted at 101k copies sold through in Japan during its initial launch week.

Below is a comparison chart for the total sold through numbers for Shin Megami Tensei series games only in Japan as of September 5, 2020, via Famitsu Sales data: 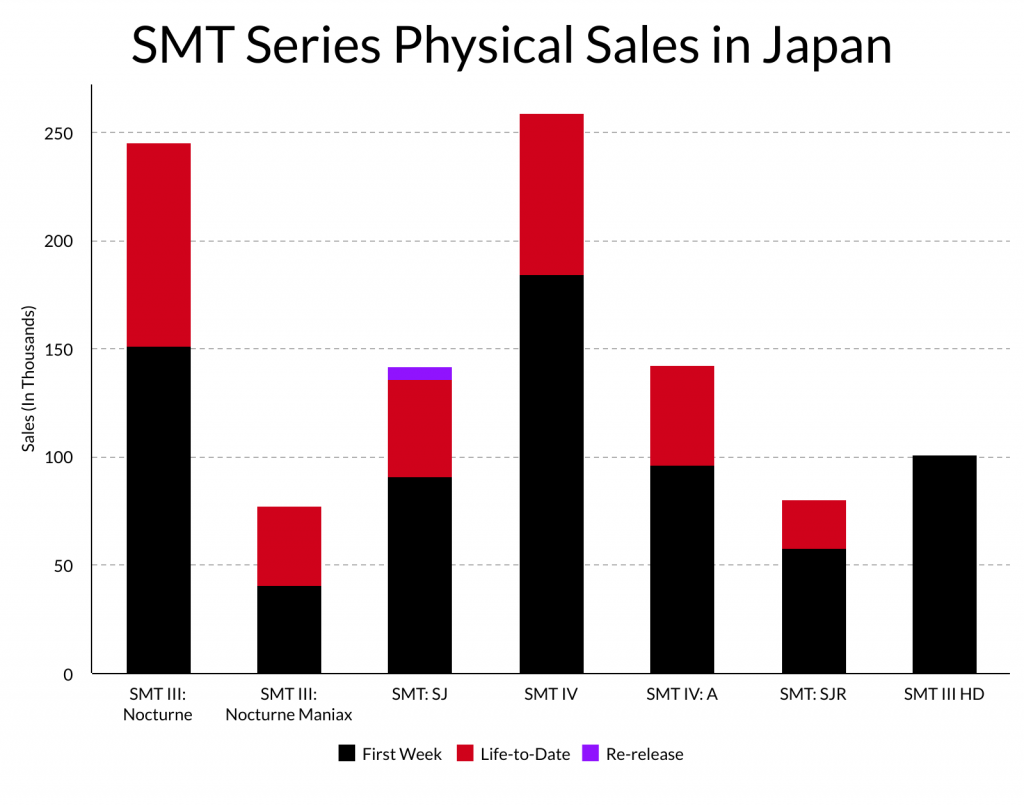