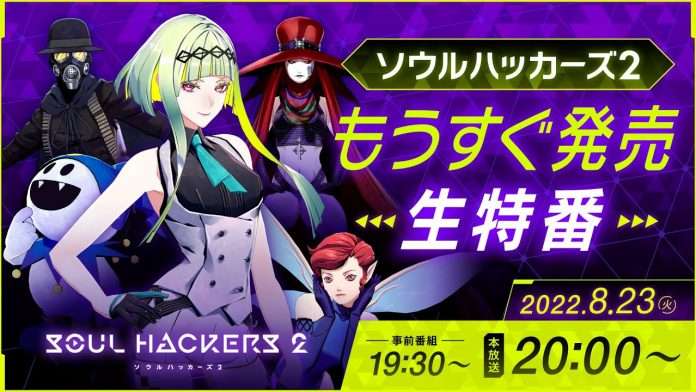 With one week until the release of Soul Hackers 2, Atlus has announced a live stream celebrating its launch for August 23, 2022.

With voice actors from the game, a lot of content will be shown, including an overview of already released information and live gameplay.