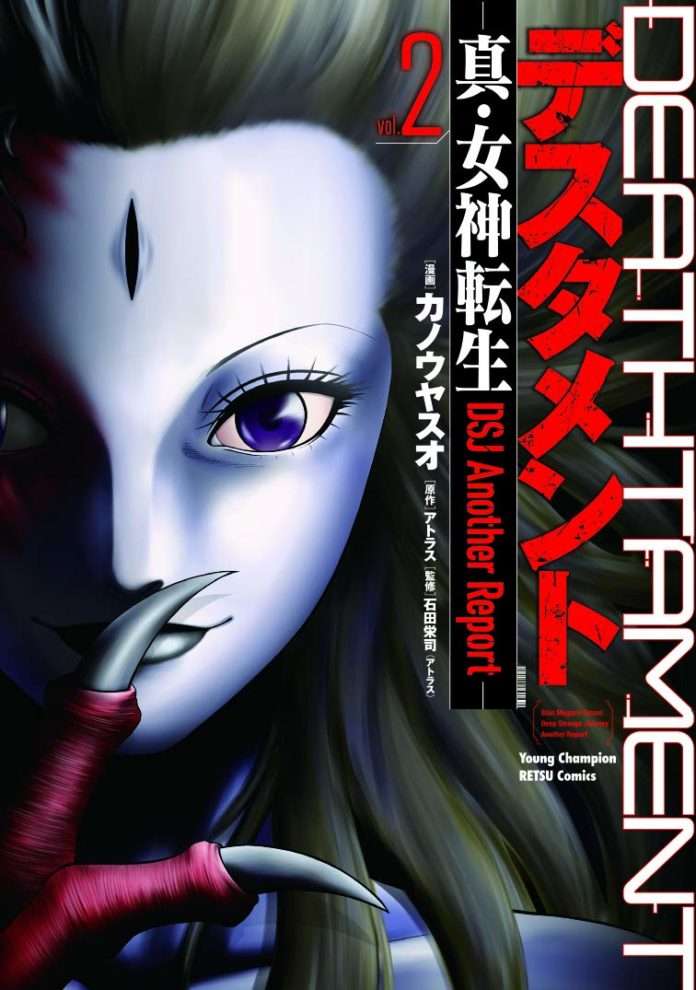 Following the announcement of the second volume of the “Deathtament: Shin Megami Tensei Deep Strange Journey -Another Report-” manga, the cover art for it has been revealed. 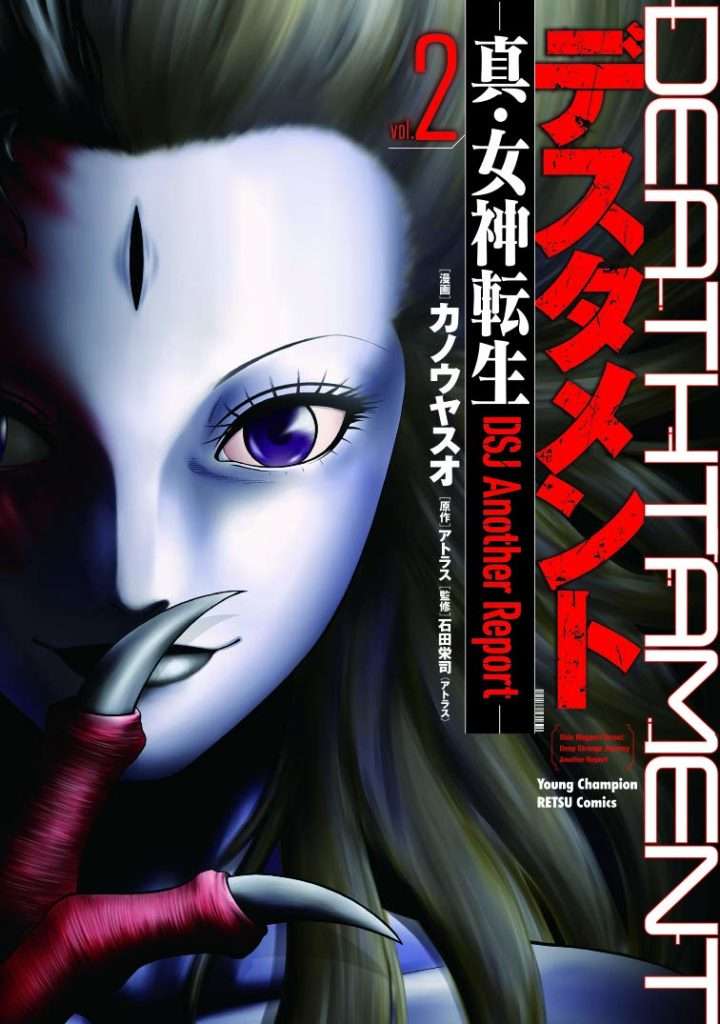