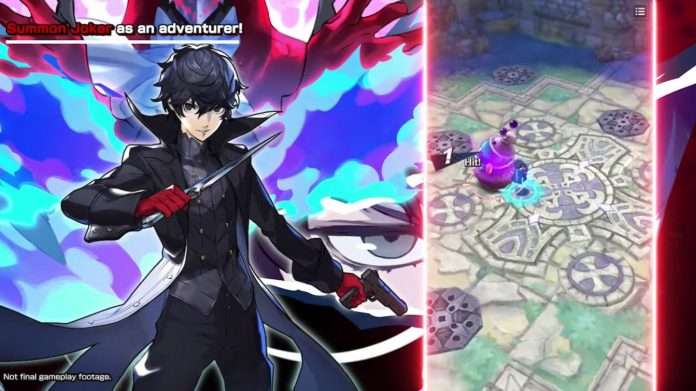 Nintendo has announced a collaboration between mobile RPG Dragalia Lost and Persona 5 Strikers during a video presentation today.

The collaboration will take place in late January 2021. Joker will be added as an adventurer that can be summoned, with his persona Arsene unleashed when his “Dragon Gauge” is full. A second unannounced character will also become available as players complete quests in this raid event.

This collaboration was previously leaked through a datamine. The following characters were part of it:

As announced in the preview video broadcast on YouTube around 08/01/2021 at 14:00, an event based on the Persona series of games will take place in late January!

In this event, Joker and other characters from the Persona series will appear in Dragalia Lost as a part of the event story and as adventurers that players can summon. Once Joker’s dragon gauge is full, he’ll be able to call upon Arsène to fight alongside him in battle. The way he moves and makes use of his weapons in Dragalia Lost takes inspiration from his appearances in his original games. Other members of the Phantom Thieves of Hearts will be available to summon, and one will join your roster as you complete quests in this event too.

In Dragalia Lost, Joker and his friends will join forces with the Halidom to solve a strange incident in a brand-new story. During this raid event’s battles, players can enjoy graphics and animations that look like they came straight out of the Persona games.

For further details on this event, please see the notifications posted in-game and on the official website in the near future.

A teaser page for the collaboration has been launched.

More information will be revealed at a later date.