After the previous English side quest and dungeon footage uploaded by NintenDaan, two more Tokyo Mirage Sessions #FE videos have been released by the channel featuring a story scene and a boss battle.

The new English “Encounter Scene Gameplay” video features the localized version of a signature scene where the character Tsubasa Oribe suddenly changed into a swimsuit in the Japanese version. The English version of the game has her change into a different outfit entirely:

However, as seen in a previous video, Tsubasa’s swimsuit has not been entirely removed from the game as she is seen wearing it during her special move “Tsubasa’s Kiss”: 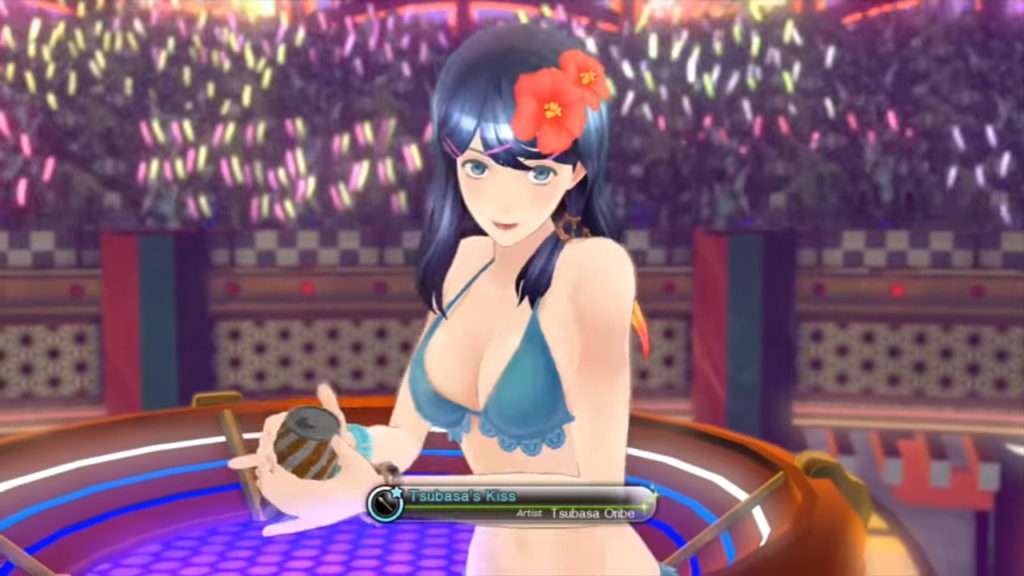 Additionally, the boss battle video shows off a change from the Japanese version, with the boss’ cleavage being blocked by smoke in the English version of the game where they weren’t in the Japanese version. However, the blocked section is still visible during the battle after the modified cutscene.

Previously confirmed localization changes for Tokyo Mirage Sessions #FE include the change to the age of several main characters (from 17 to 18), a change to Tsubasa Oribe’s idol outfit, a change to the voice acting for the age changes:

…changes to the pictures of gravure models displayed in a dungeon: 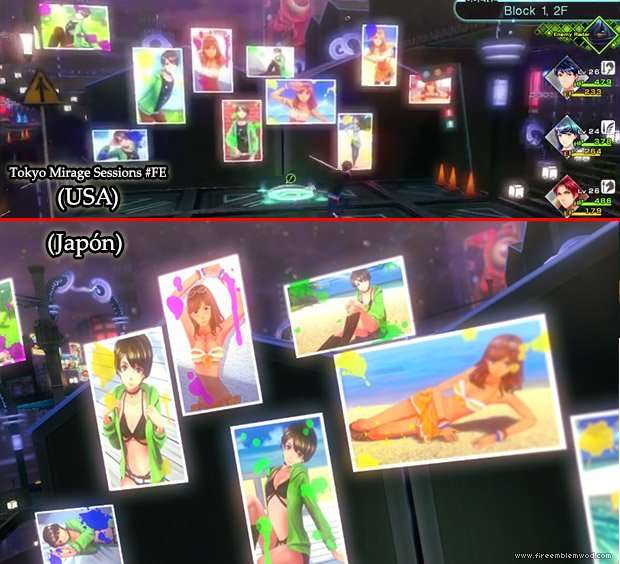 …as well as what appear to be a change to what is seen of undergarments, referring to the accurate 4chan leak of “panties into spats“: 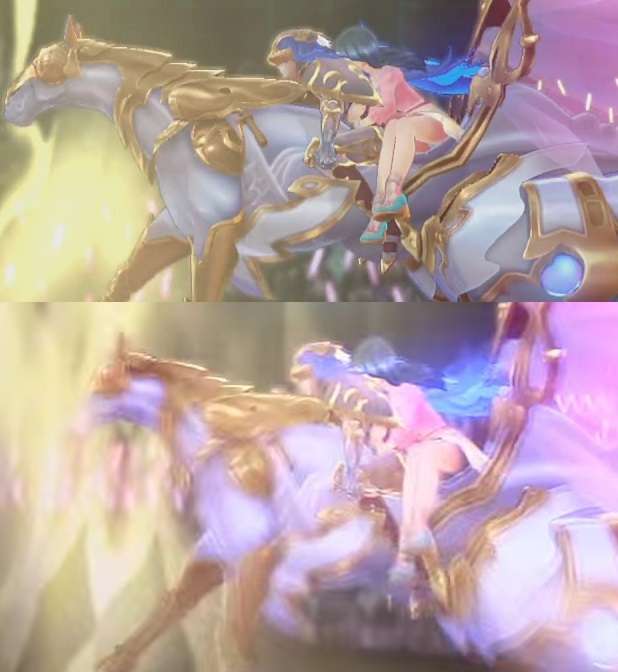