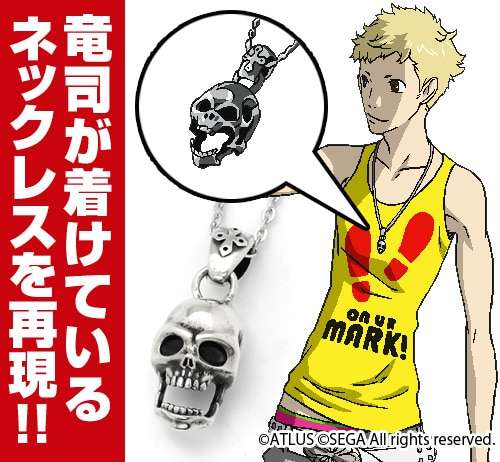 A simple fashion necklace based on Ryuji Sakamoto’s from Persona 5, made of sterling silver.

The necklace will be released publicly in late August 2017, and those who pre-order now will get theirs in mid-July 2017.